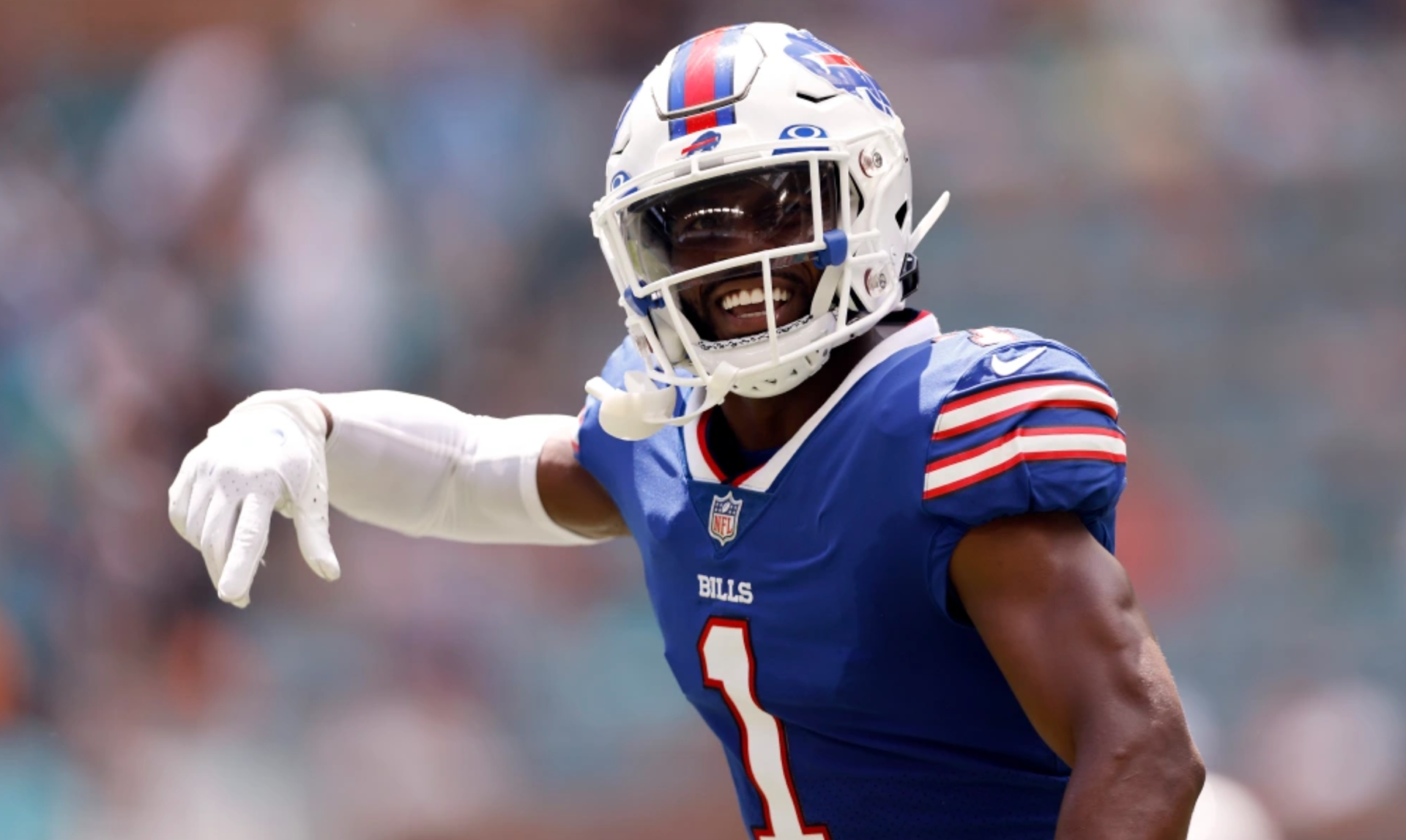 We’re already approaching the halfway point of the NFL season, but there’s still plenty of time left to build our bankrolls. We’ve dug into this week’s slate and found profitable angles on two NFL Props for Week 8.

My Bet The Prop article plays are a sizzling 10-4 so far this NFL season after going 1-1 in this space last week.

It’s time to look at two wide receivers that will continue to display their veteran wizardry in Week 8. Let’s dive into the plays.

Emmanuel Sanders has bounced around the NFL, playing for four teams in his last four seasons. However, the journeyman is settling in very nicely in his new home in Buffalo. The Bills, Sanders’ fifth team, have featured the veteran wideout heavily to begin the season.

E-Man has played at least 70% of Buffalo’s offensive snaps in every game, leading the team with an 83% snap share. That’s not a mistake – Sanders has actually seen more playing time than Stefon Diggs.

The two-time pro bowler has been quite impressive with his production, too. He has at least 48 receiving yards in all six games and has averaged 68.8 yards per game as a member of the Bills. Safe to say, he’s fully earned the trust of superstar quarterback Josh Allen.

Sanders is averaging 17.2 yards per catch and has a 17.3-yard Average Depth of Target, solidifying himself as Allen’s deep threat. Sanders’ 17.3 ADOT leads the NFL among all players with at least 20 targets this season, ahead of speedsters such as Henry Ruggs and Bryan Edwards that burned Miami’s secondary a few weeks ago.

The Bills’ number two receiver has reached the over on this prop in four straight weeks, and a date with the Dolphins at home could help make it five.

Sanders and the Bills draw a soft matchup with an extraordinarily leaky Dolphins secondary in Week 8.

Miami is allowing the:

Miami has allowed three different receivers to hit the over on this prop in three of their last five games, as shown below.

Sanders is one of just 17 players with at least five targets in every appearance this season. I’m expecting his steady target stream to continue and for him to take advantage of a horrendous Dolphins defense.

Marvin Jones is in his ninth NFL season at age 31 and is showing no signs of slowing down. He has been vital in bringing along rookie QB Trevor Lawrence, who is improving by the week. Jones is also as close to an every-down player as there is at the wide receiver position. In a positive matchup against the Seahawks, he should continue his impressive season.

Marvin Jones hardly leaves the field for the Jacksonville Jaguars. Jacksonville’s top wideout has played 91.3% of the team’s offensive snaps, which ranks fifth-most of every NFL wide receiver in 2021.

Jones has at least five catches and 55 yards receiving in four of his six games this season, averaging 57.2 yards per game.

The former Detroit receiver is leading the Jags in targets, sporting a 21.8% target share. Laviska Shenault is the only other receiver in Jacksonville’s offense seeing at least 4.0 targets per game but is utilized completely differently than Jones. Shenault’s average depth of target sits at 6.5 yards, while Jones is seeing a healthy 12.5 ADOT. Jones’ large target share coupled with his usage on more intermediate and deep routes makes him a prime target for Lawrence against a soft Seattle secondary.

The Seattle Seahawks defense has been abysmal in all aspects so far this season. Aside from their terrible run defense, they rank bottom ten in expected points contributed by passing defense. And, Seattle has allowed the fourth-most passing yards this season.

Seattle has allowed 14 pass catchers to reach the 50-yard mark this season, good for two per week. Additionally, the Seahawks have given up 100-plus receiving yards to an opponent in five of their last six outings.

The Seahawks are allowing the 10th most receptions and 6th most receiving yards to opponents this season. And with DJ Chark out for the season, Jones is essentially guaranteed to maintain a featured role in Jacksonville’s passing attack.

Since his awful Week 1 debut against the Texans, #1 overall pick Trevor Lawrence has seemingly gotten better every week. He’s gone from absolute disaster to legitimately solid NFL quarterback over the last two months.

In the rookie’s first three weeks, he completed just 54% of his passes and averaged only 5.7 yards per attempt. In his three games since, he has a 66.3% completion rate and averages 8.1 YPA.

Lawrence has developed quite a good rapport with Jones, and their connection should be even stronger coming out of the Bye Week.

Emmanuel Sanders has become one of the NFL’s premier downfield threats playing alongside Josh Allen and should continue his streak of 50+ yard receiving games against a putrid Miami pass defense.

Marvin Jones is also thriving in his new home, where he has 55+ yards in four of his six games thus far as a Jaguar. The Seahawks have been reminiscent of swiss cheese when covering top wideouts, and Jones should be clicking with Trevor Lawrence coming out of the team’s bye.

Enjoy playing these NFL props for Week 8, and join us for the rest of the NFL season!