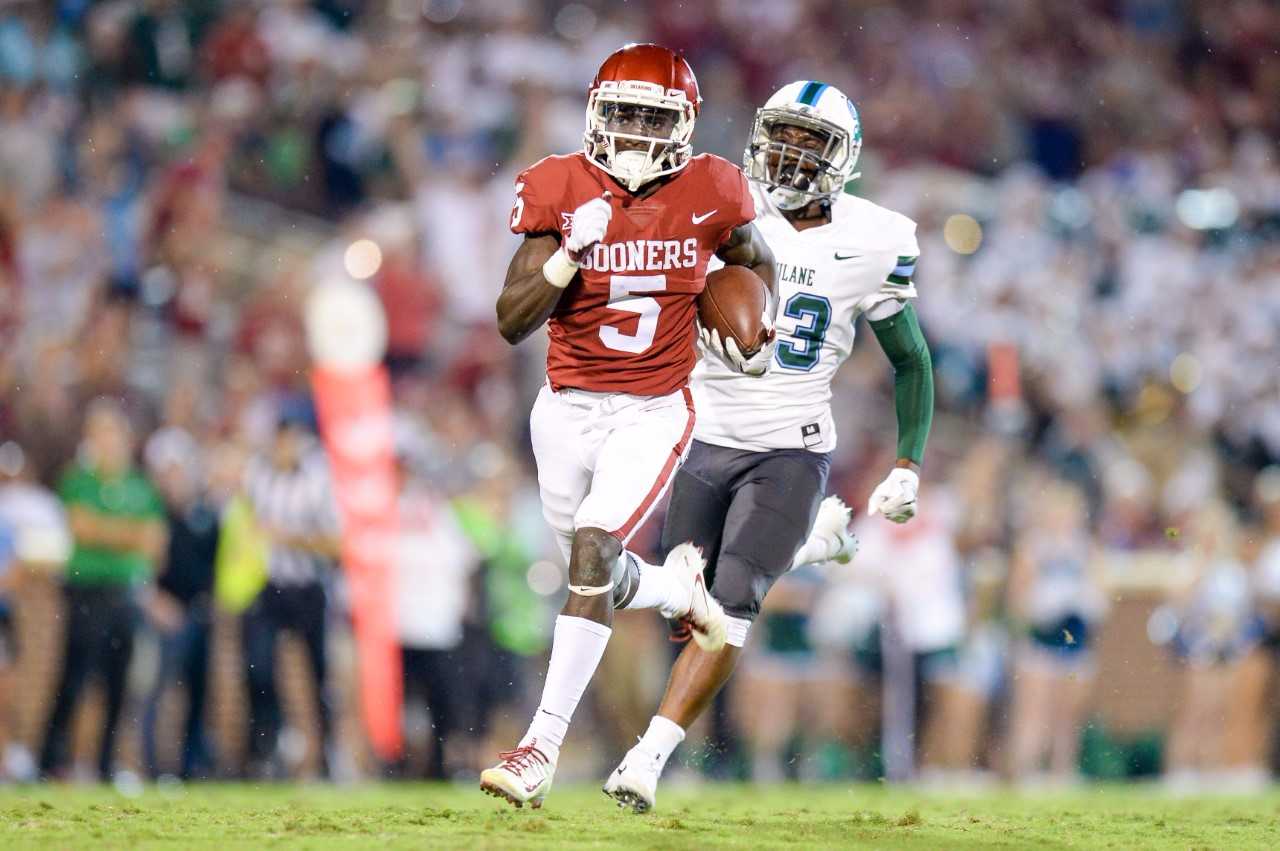 The premier event of the offseason is just days away, and more and more NFL Draft props are finally starting to hit the board.

The 2019 NFL Draft will be held in Nashville for the first time ever, with Round 1 getting underway on Thursday evening, Rounds 2 & 3 going on Friday, and then wrapping things up on Saturday with Rounds 4-7.

I think fading the chalk may be the way to go in this year’s draft, but we’re eating a bit of it here as we look at the draft position for WR Marquise Brown.

Will Marquise Brown be Selected 19th or Earlier?

Betonline has set the number at 19, with a healthy dose of juice on the over, or “no” side.

The Brown bump is in full effect in recent weeks. We booked him to be the first WR taken in the draft at odds of +400 just last month, and that prop is now priced at around +135 to +165 at most books.

His lid-lifting ability could indeed be in high demand in a league always in need of play makers.

More from @NFLMatchup — #Oklahoma WR Marquise Brown. The vertical speed to beat defenses over the top + the playmaking skills to produce after the catch. @gregcosell pic.twitter.com/2VkLiwGc15

His stock is only gaining steam, but can he really sneak into the top 19 in the draft? It’s possible, but in order for that to happen, NFL general managers would basically be throwing draft history out the window.

Brown may be able to succeed in the NFL at 170 pounds, but guys his size simply don’t go in the first round of the NFL Draft.

Whether or not size actually matters for WRs in the NFL is not the point — the fact is, it’s perceived as something that matters. And 170 pounds may be generous — he’s listed as light as 166 in some places.

How many WRs under 174 pounds have been selected in the first round since 1996? Zero. Brown would be the first.

In fact, over the last 23 drafts, only two WRs weighing in at 175 pounds or less have been selected in the first round at all.

Tavon Austin is the lone WR weighing 175 or less to crack the top 10 over the past two-plus decades of drafts.

A quick shout out to Dennis Northcutt. He weighed 175 pounds when he went 32nd overall in 2000. That would have been the first round these days, but with one less team back then, he was the first pick of the second round.

Perhaps if Brown had blown everyone away at the NFL Combine with his speed, it would be a different story. Instead, he was on the sidelines while recovering from a Lisfranc injury.

Maybe that doesn’t hurt him, but it certainly doesn’t help. We know he’s fast, but a 40-yard dash number in the low 4.20s at the Combine may have made him irresistible to some speed-needy teams, a la John Ross in 2017.

There are certainly some teams in need of WR talent drafting in the 9-to-19 range, including Buffalo, Miami, Washington, Carolina, the Giants, and Tennessee. But these clubs have a lot of other needs too, and spending a premium pick on a tiny WR would represent the kind of risk we just don’t see from NFL front offices.

Based on history alone, this number should probably be at least -1000, if not more. Should he go in the top-19, Brown would be undoing decades worth of draft history. It’s possible, but it’s unlikely to happen 34% of the time, as suggested by these odds.

This is also a very flat draft in terms of WR talent; no one stands out, and teams knoe they can probably find similar production in the second round.

Peter King is mocking Brown to the Eagles at 25th overall as of this morning, while Evan Silva has him going 29th to the Chiefs.

Both scenarios make a ton of sense, and I think Brown going off the board in the mid-to-late 20s is a very strong possibility.