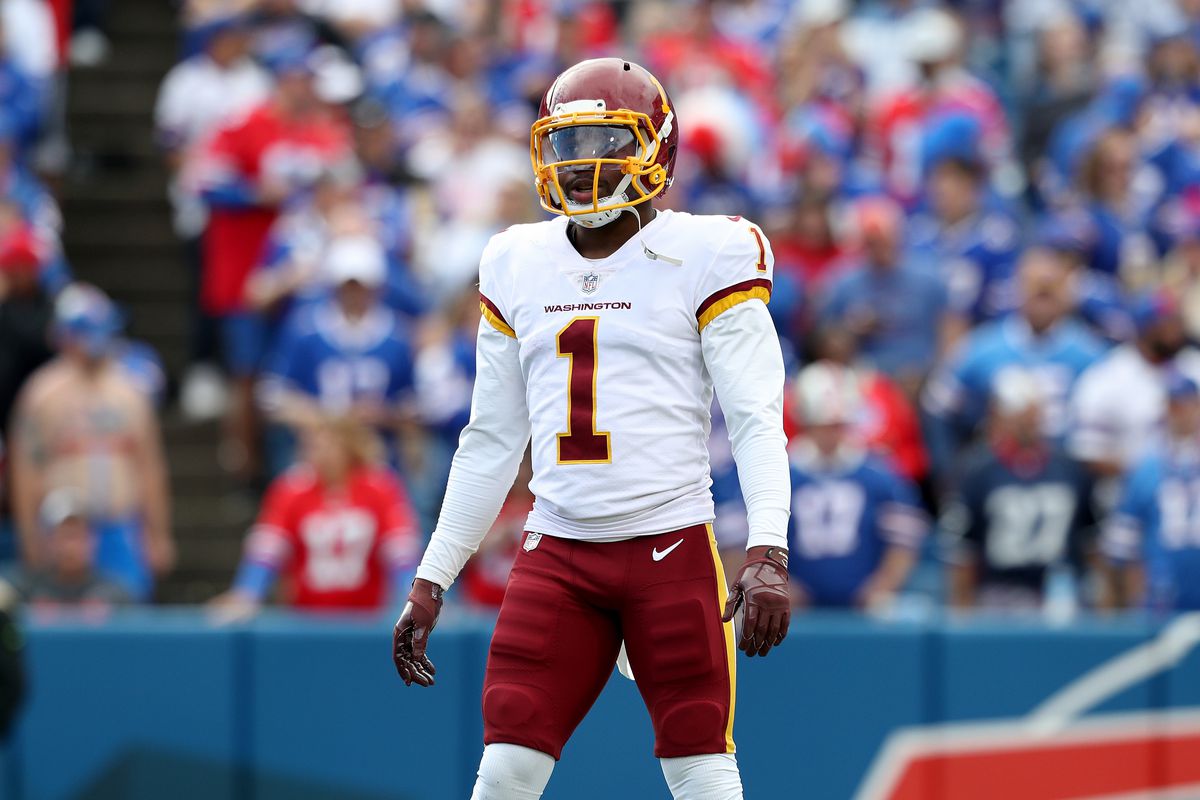 Bet The Prop went 1-0 in the Patriots’ thrashing of the Falcons on Thursday Night Football, and I’m looking to keep the momentum going with two more cashes this weekend.

My Bet The Prop article plays are a red-hot 13-6 so far this NFL season after I went 2-0 in this space last week.

It’s time to take a look at some receiving props for The Carter Collective: DeAndre Carter and Michael Carter. Let’s dive into this week’s plays.

DeAndre Carter has come on strong as the number two receiver for the Washington Football Team. Carter has played at least 65% of Washington’s offensive snaps in three of the team’s last five contests. Here are his stat lines and snap shares in these three games:

The 5’8″ Carter has been electric as the team’s kickoff returner this season, leading the NFL in kick return yards through ten weeks. However, he recently has become a favorite downfield target of Taylor Heinicke.

The speedster has become Washington’s premier deep threat in recent weeks. More targets have opened up in the absence of Logan Thomas, Ricky Seals-Jones, and Curtis Samuel lately. And, DeAndre Carter has taken advantage.

The WFT receiver’s average depth of target has been a lofty 14.0 yards this season. He ranks 12th in the entire league in ADOT among players with at least 20 targets in 2021.

Carter’s deep role offers tremendous upside for this prop. He likely only needs two receptions to put up at least 30 receiving yards on Sunday, making this line of 25.5 a terrific value.

The Carolina Panthers have a strong cornerback unit and have been quite stingy against wide receivers this season, but, thanks to Carter’s expanded role and his knack for making plays deep downfield, I don’t think the matchup will be an issue.

28 players have reached this over in 10 games against Carolina this season. Meanwhile, the emerging target has been the second-leading receiver in each of Washington’s last two games, with 12 targets in these last two.

Expect Heinicke to keep looking DeAndre Carter’s way in a road game where Washington will be down each of their top two tight ends.

I’ll begin this by saying that this line has no business being this low. The books continue to doubt Michael Carter and his receiving ability out of the backfield for the Jets. Here are Carter’s betting lines and his actual results over his last five games:

Carter has cleared the over on his receiving yards line in five straight games. During this stretch, the New York backfield threat has averaged:

Carter has done this with three different quarterbacks during this five-game sample. Whether it’s been Zach Wilson, Mike White, or Josh Johnson under center for New York, Carter has been giving opposing linebackers nightmares.

But, for some reason, his receiving line has been set at just 24.5 yards for Week 11.

The Jets are hosting the Miami Dolphins this week, which doesn’t hurt the rookie running back in the least.

Miami has allowed a running back over 20 yards receiving in five of their last six contests. Furthermore, here’s where Miami ranks among the league in statistics allowed to running backs this season:

The Dolphins are not a prohibitive matchup to pass-catching backs, and newly appointed starting QB Joe Flacco shouldn’t be too shy about looking Carter’s way on Sunday. He ranks 7th among all RB’s in receiving yards this season and will keep rising the ranks in Week 11.

DeAndre Carter is one of the NFL’s best kick returners but has recently come on strong as Taylor Heinicke’s favorite downfield target. With a seemingly consistent stream of targets headed his way, the books haven’t fully adjusted to his new role for the Washington Football Team.

Additionally, Michael Carter has returned as one of my favorite plays for the second consecutive week. Playing with a handful of different quarterbacks hasn’t made life difficult yet, and that shouldn’t change with Joe Flacco under center against Miami on Sunday.

Have fun playing these NFL props for Week 11, and join us for the home stretch of the NFL season!