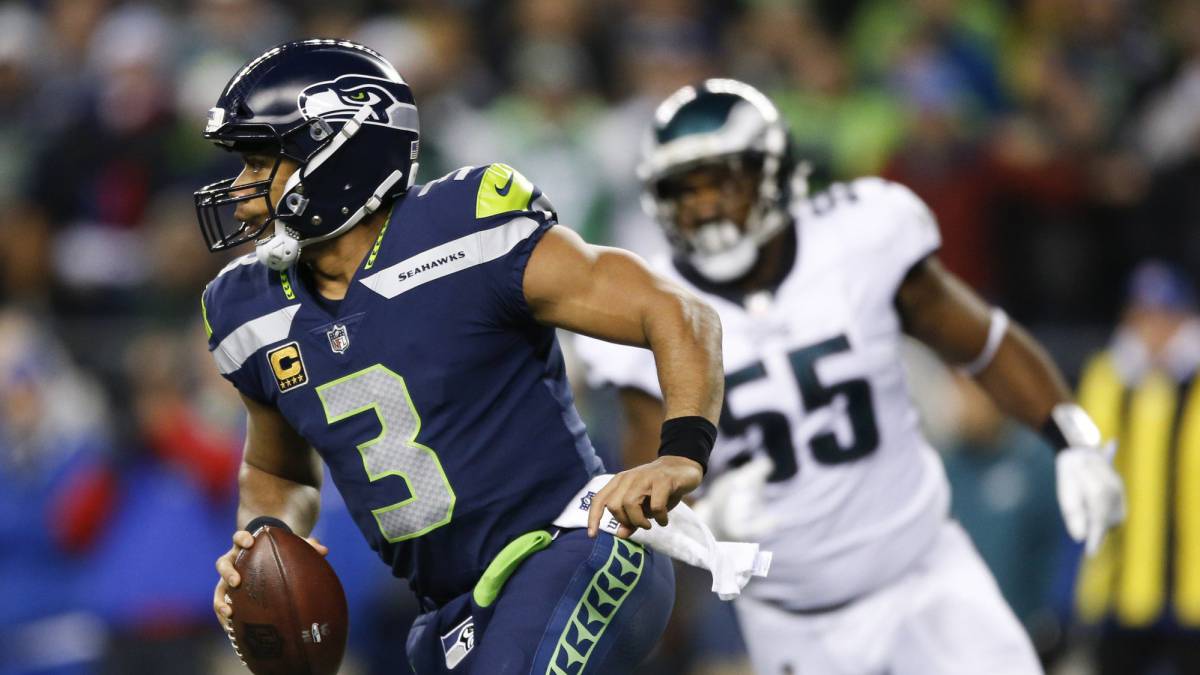 Two teams trending in opposite directions clash at the Linc, and we're breaking down the best Seahawks Eagles props for the wind-down to Wild Card Weekend.

Philly has won four straight to propel themselves into a playoff spot, while the Seahawks have remained steadfast in their dedication to the run game on the way to losing four of their last five.

That rushing resolve will be tested today against a pass-funnel Eagles defense allowing the fourth-fewest yards to opposing RBs. Loathe as they've been to do so, Pete Carroll and company may just have to put this one in Russell Wilson's hands.

We'll kick things off with a look at one of the secondary weapons at Wilson's disposal, David Moore. That will be our lone play for now, as there is a pretty limited selection of props available for this one at the time of Saturday publishing. We will update this piece with more Seahawks Eagles props on Sunday morning as more lines become available.

We're certainly venturing into high-variance territory on a low-volume guy like Moore, but he's got two things going for him here:

WRs Jaron Brown and Malik Turner have both been ruled out, making Moore the Seahawks' full-time WR3. While he only had two targets last week, he played a season-high 54 snaps and ran a season-high 39 routes. 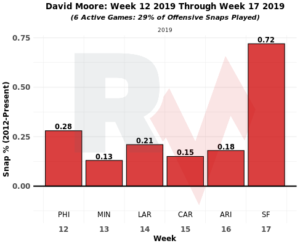 In the 10 games where he played more than 50% of the snaps last year, Moore averaged 2.1 receptions on 4.4 targets. Nothing mind-blowing, but this is a modest line that is well within his range of outcomes, particularly if he's on the field 70% of the time again.

His raw snaps should get a bump as well in what projects to be a fast-paced game between two pass-funnel defenses.

The Eagles are banged up in the secondary, and as they allow the fourth-fewest rushing yards to opposing RBs, Russell Wilson should have the green light for a few more attempts than usual.

No play at 2 receptions for me, but I'm comfortable taking on some variance in a +EV spot like this.