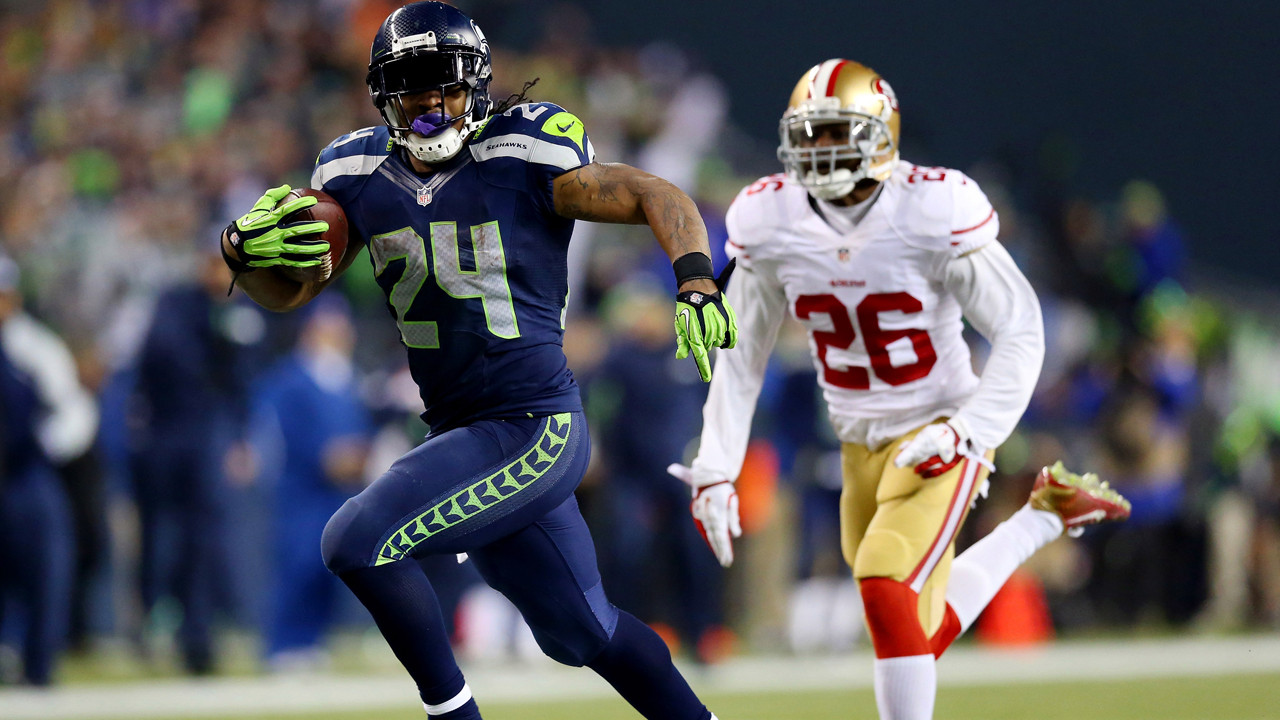 Unlike most of the Week 17 games, motivation won't be an issue in this one, as we line up the best Seahawks 49ers props for Sunday Night Football.

The first seed and a potential bye are on the line, providing plenty of incentive. Both teams are also suffering through a spate of injuries, with San Francisco nursing a number of guys on defense and the Seahawks beginning life without starting RB Chris Carson.

That situation is where we start our final regular season piece of the year before we wrap things up with a lean on Seattle TE Jacob Hollister. Our article leans are 15-10 (60%) on the year.

📈RECAP -- That's an unofficial wrap to the regular SZN.

Playoffs are the peak prop period, so if you've been lurking all year, there's never neem a better time join us.

Sunday Night Update: Thanks to certain other betting network hammering the under, this is the rare occasion where we've lost some CLV on our number. We're standing by our analysis stance and believe the new number is an even bigger value.

Marshawn Lynch is back, and by the looks of this Travis Homer line, oddsmakers are expecting Beast Mode to be busy in his return.

We're not so sure. Yes, the Seahawks need help at running back after Chris Carson hit the IR, but there is every indication is that the team is will confidently ride their sixth-round rookie out of Miami (FL).

“Travis is ready to go,” Pete Carroll said on Tuesday, the day of the Lynch signing. “He’s knows everything. He’s been through all of our system for the whole year ... We lean on him because of his background with us and his toughness and his speed and his playmaking. We’re pleased to have that opportunity. That’s good fortune to have him ready to go.”

Homer has just eight carries on the season for 52 yards (6.5 YPC), but it sounds if Carroll won't hesitate to plug him right into a solid portion of the workload vacated by Carson.

I don't always like buying into coach-speak, but considering that the only other two RBs currently on the roster - Lynch and fellow former-Seahawk Robert Tubin - both just joined the team this week, I'm inclined to take coach at his word.

Later in that same Tuesday press conference, Carroll said of Lynch and Turbin that they "should get some time" against San Francisco. Here's what he said on Friday after their first few practices.

“We didn’t teach them the whole notebook. We taught them the game plan. So that’s somewhat less."

And while the head coach enthusiastically added that they "look ready," it's notable that offensive coordinator Brian Schottenheimer similar, non-committal language with talking about the two newest Seahawks.

“It definitely makes you ponder a little bit more about certain things, admitted Schottenheimer. "Hey, can we do this? Can we do that? Some of it is trial and error.”

Trial and error? In a Week 17 divisional showdown for the potential first-overall seed in the NFC? Not even Shotty and Carroll are capable of such an uncertain approach in this huge spot, are they? We can't put it past this coaching tandem, to be sure, but all rational thought points to Homer leading the team in carries.

That makes this mark of 39.5 yards imminently achievable. Even if Homer averages a modest 4.2 YPC on Sunday night, he'd need just 9.5 carries to hit 40 yards.

The Seahawks have run the ball more than all but two teams this year with 30.1 rush attempts per game. They're not going to suddenly change their stripes and pivot pass-heavy against a San Francisco defense allowing the fewest passing yards in the league.

Lynch will no doubt get a piece of that action, but before anyone gets too excited about his immediate impact, remember -- he's a 33-year old RB with 2,728 career touches who hasn't played competitive football in almost a full year. Handing him 15 carries in his first game back would be bordering on negligent.

Treat this Seahawks 49er prop lean as entertainment and play it at your own risk.