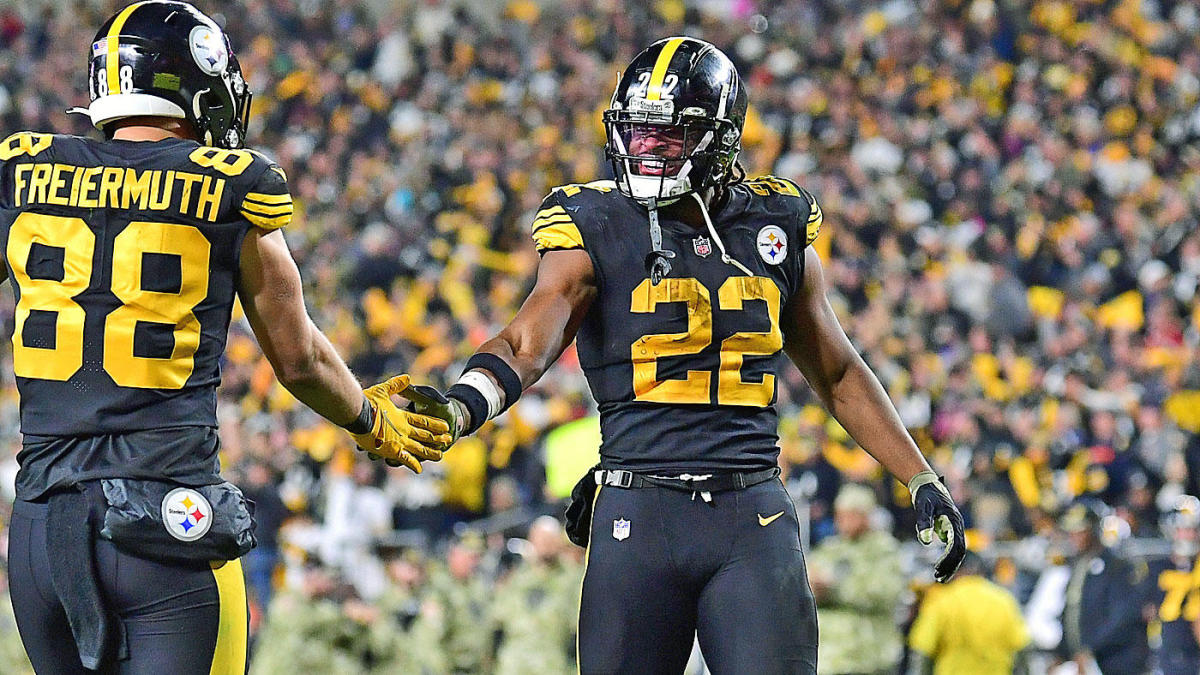 The Pittsburgh Steelers and Los Angeles Chargers currently hold the last two playoff spots in the AFC, making this Sunday Night Football matchup important for playoff implications. In response, our team has found a SNF Prop for Steelers Chargers that presents great value.

While Justin Herbert continues to out-perform everyone’s expectations, Ben Rothlisberger has looked every bit as old as his age. So, that puts interesting value in fading the Steelers’ skill positions. There’s one player that should particularly struggle through the air tonight.

Join us to get full prop slates for NFL, NBA, PGA, & more alerted to your device.

In Week 3 against Cincinnati, Najee Harris miraculously received 19 targets and made 14 receptions for over 100 receiving yards. That looks like an aberration.

Harris hasn’t hit this line in three consecutive weeks, receiving less than 10% of Pittsburgh’s target market share during that time.

Perhaps that has to do with Big Ben not looking Harris’ way, or Mike Tomlin going in different directions — for example, Kellen Ballage has picked up targets over the past few weeks.

Either or, Harris doesn’t mind not being as involved in the passing game.

Najee Harris: It’s ‘A Good Thing’ When I’m Not Getting Targets In Passing Game https://t.co/33NcguFp7x pic.twitter.com/1YvTU9Ho6b

But whatever the reason for this, I don’t expect Harris to pick up the pace through the air this week.

Brandon Staley does not like his defense to give up those check-downs.

On the season, the Chargers’ defense ranks:

All-in-all, the Chargers are allowing just 3.78 receptions per game to opposing running backs. Plus, they’ve held those running backs under their receptions line 63% of the time so far this season.

Meanwhile, our friends at Run the Sims give him a median result of four. 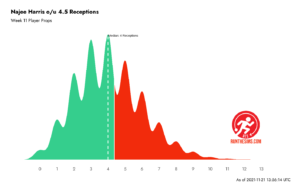 The Bet the Prop team has discussed, and we’ve decided that Harris’ under has enough value to be a consensus official play for 1 unit.

Harris hasn’t been hitting this line, and this will be an incredibly tough matchup for him against the LAC pass defense. Moreover, projections give us plenty of edge on the current 4.5 number being offered at under -140 at FanDuel.

However, the -136 we’re getting with FD is the worst number we’d play this line at. So I’d advise caution when betting this number closer to kick-off.