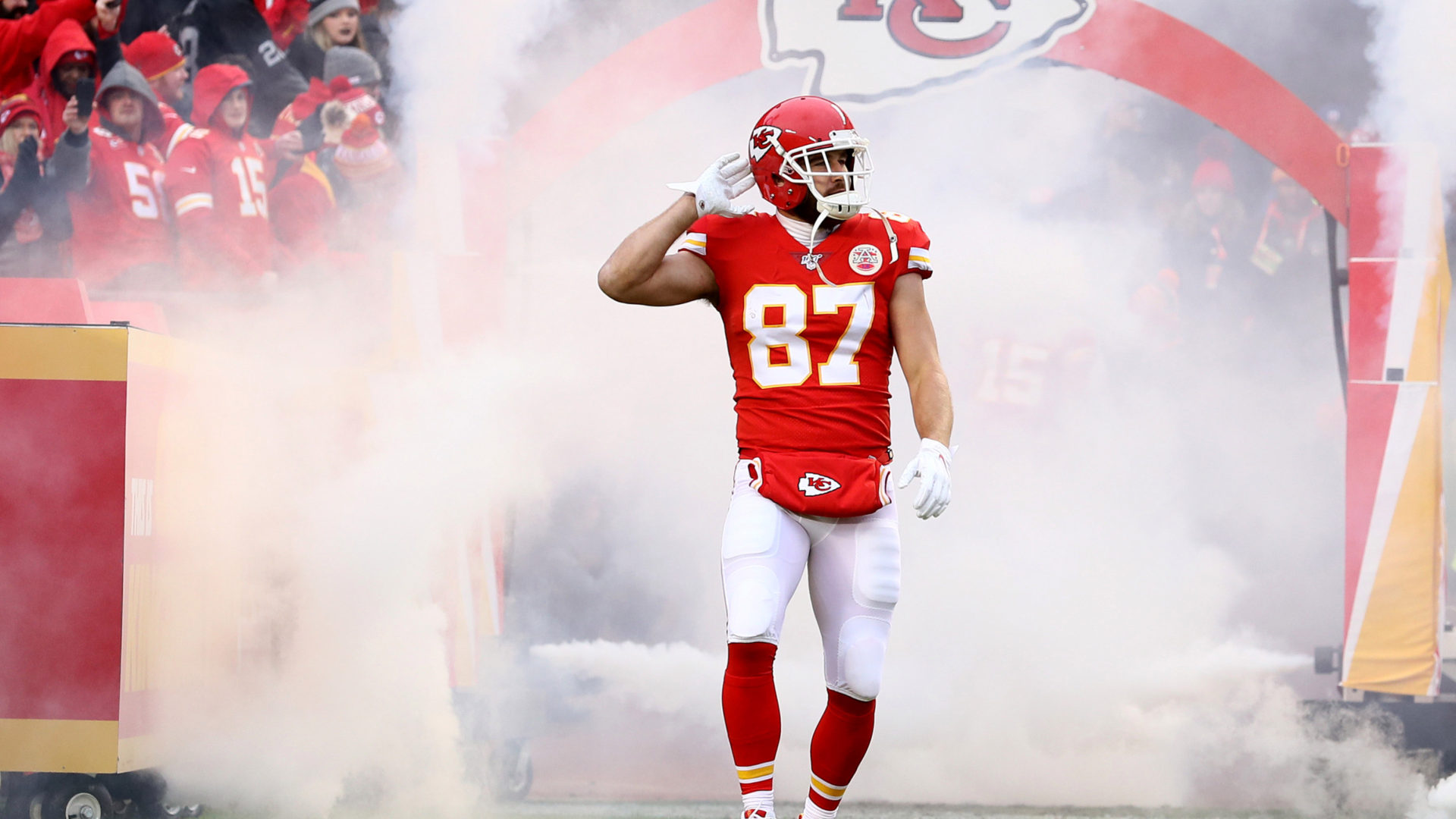 Travis Kelce props lead the way on Sunday night, and for good reason — from Oakland to Las Vegas, Kelce has owned the Raiders, and there’s no reason to expect that streak to end tonight.

Speaking of streaks, we’ve been on one long one in NFL. Our results on the season:

We’re coming off a free pick winner to kick the week off on TNF, so let’s stay hot.

We don’t talk much about what a player has done in previous matchups vs a specific team because the sample sizes are usually too small for it to matter.

Kelce, however, is building a body of work against the Raiders that is hard to ignore.

If we split out his results against the ex-Oaklanders, we see that Kelce is averaging 92 yards against the Raiders over the last three years while averaging 76 against the rest of the league. 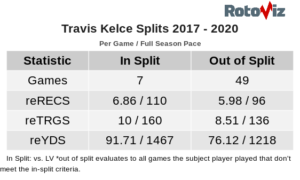 He ran wild for 108 yards on 12 targets in their first meeting and is coming off back-to-back 100-yard games, including a season-high 159 yards the last time out against Carolina.

Of course, we don’t even need that Raider bump to hit this number, we just need him to play to his average — going back over the past four seasons, Kelce is averaging 78 yards per game.

Teams facing the Raiders pass 60.4% of the time (10th most), leading to 37.3 pass attempts per game, which is the sixth-highest mark in the league

So there should be plenty of volume again here for the Chiefs, who put up 43 pass attempts in their first meeting. That gives us a nice cushion because the Raiders have actually performed well against non-Kelce TEs.

Their 5.84 yards per target allowed to the position is third-best, but as we’ve seen, that doesn’t seem to apply to Kelce, who has commanded 12 or more targets in five of nine games this year.

A 56.5 point-total for this one is the highest on Sunday’s slate and both teams should be able to move the ball.

The Raiders have scored the eighth-most points this season. They put up 40 in the first meeting, so they should be able to keep pace with the Chiefs, forcing them to keep Kelce heavily involved.