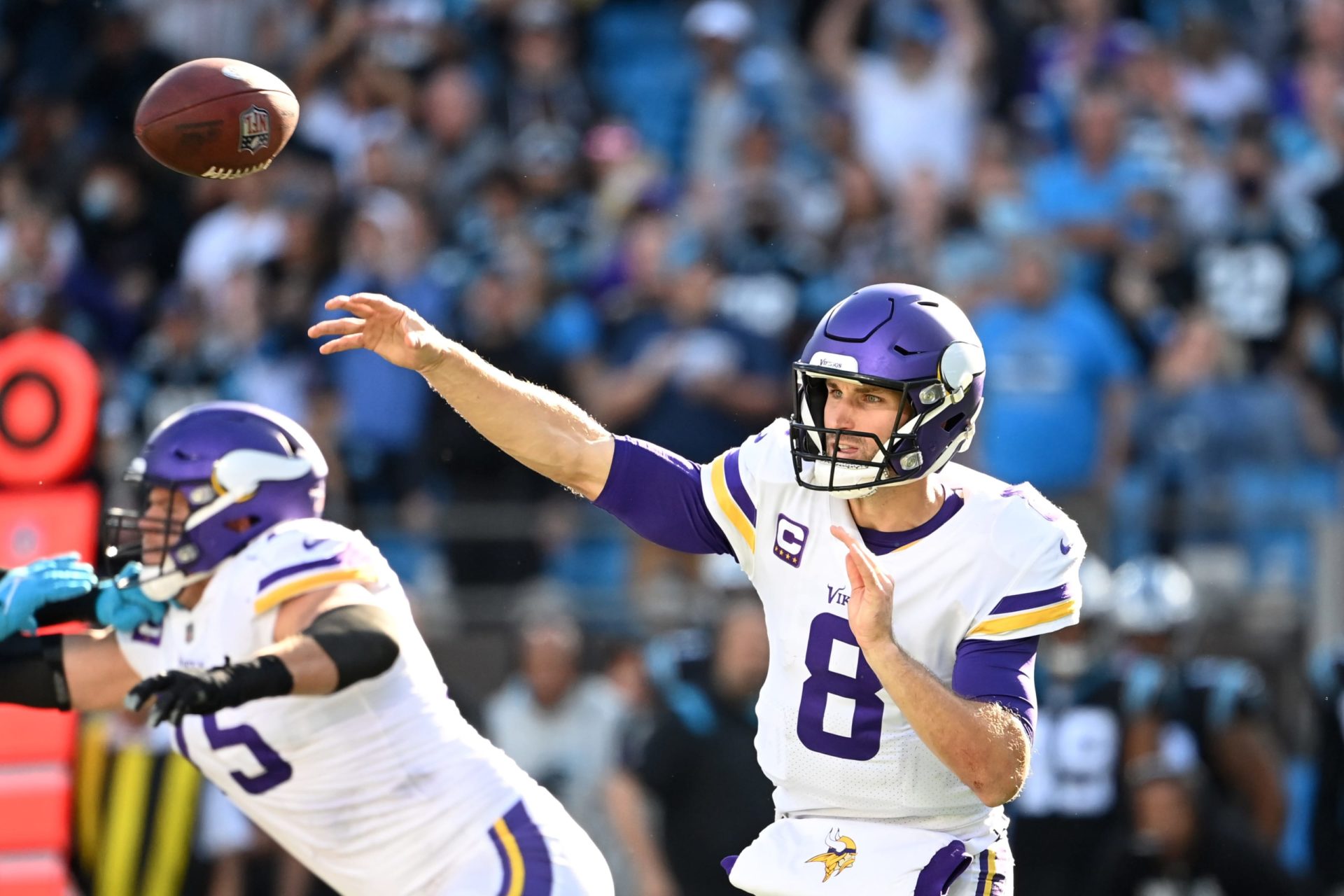 Dak Prescott‘s injury has massive prop implications for this week’s Sunday Night Football game. If he misses, it should slow the pace of this game considerably, so our team has targeted a SNF Prop for Cowboys Vikings in response.

While Kirk Cousins has been a stud this year, projections have him going well under his passing yards total on Sunday Night, and our team’s research agrees with those projections.

Consider this SNF prop for Cowboys Vikings a “lean”, Meaning you shouldn’t risk more than 0.5 units on this play (or 0.5% of your total betting bankroll).

Prescott’s potential absence would considerably change how this game will play out. Here’s the latest as of Saturday afternoon.

Per @WerderEdESPN: While Dak Prescott said he anticipated a decision following today’s practice as to whether he or Cooper Rush starts vs. the Vikings, two sources now say it will be a game-time decision. “We are literally going to take it into tomorrow (night),” one source said.

While Dallas plays at one of the highest paces in the NFL, there’s a good chance the Cowboys lean on Tony Pollard and Ezekiel Elliot without their signal-caller.

If that happens, this game will grind to a halt, leaving Cousins fewer opportunities to compile yards.

Plus, if this game ends up as less of a shoot-out, Minnesota could rely more on their strong ground game. Bet the Prop has already locked in Dalvin Cook over 17.5 rush attempts, which has since moved to 19.5. (Join us here if you want to get our full weekly slates of NFL props delivered to your device). If that prop cashes, as we expect it to, there’s an even higher chance Cousins will stay under this number.

However, let’s say this game turns plays faster than we expect it to. While Cousins has played great this season, his passing yards total hasn’t been a lock.

In fact, Cousins has only hit this number in three of his six games this season, and in only 10 of 22 dating back to the beginning of last year. 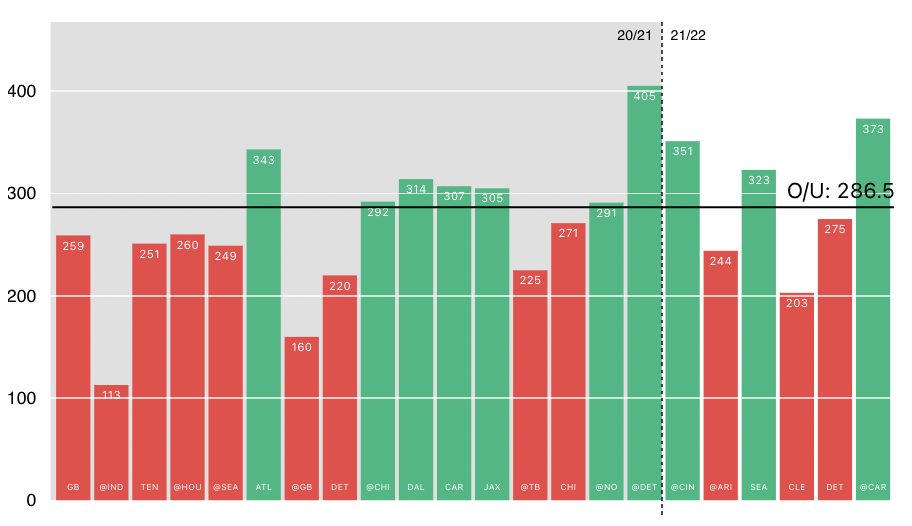 Kirk Cousins passing yards per game since the beginning of 2020. Image credit: Props.cash

So, with or without considering the potential pace of this game, the historical trends point to the under in this spot. This 45% hit rate implies -120 odds to the under, giving us some edge on the current market.

As mentioned, projections are all over the under in this spot, as most have Cousins compiling between 270 to 290 passing yards on Sunday Night.

Moreover, the number FanDuel is offering right now gives us a further edge on the market. At the time of this writing, FanDuel is still offering Cousins at 286.5, but some other books are offering:

Therefore, hop on this line now, as we’re seeing positive EV and should see some more closing-line value as the game approaches, especially if Dak is ruled out.