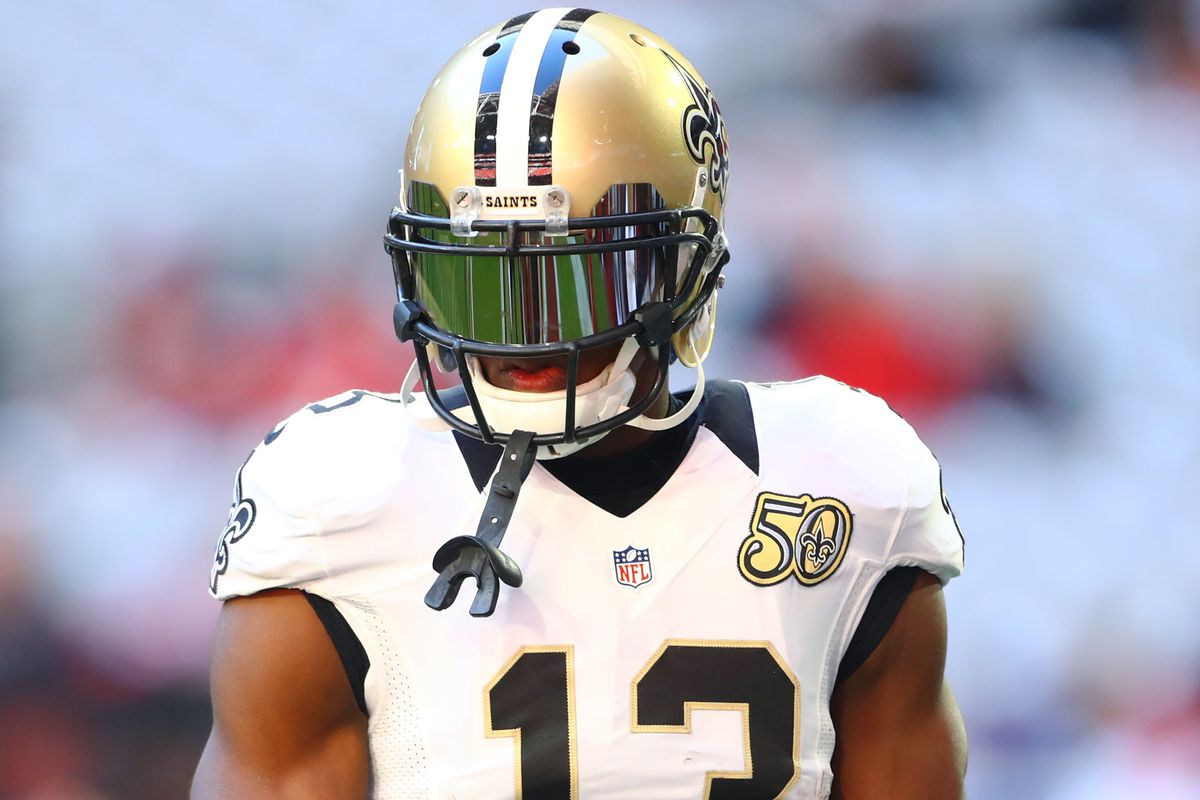 Wildcard Weekend player props are here, and by now a lot of the value has already been picked clean.

There are still some edges out there, but they’re certainly thinner in the playoffs, so you can consider these three plays “leans” for .5U (0.5% for your bankroll).

For this edition, we get some help from BTP regular Jack Miller, and fantasy football stud-analyst Hasan Rahim, who’ll offer up their favorite looks for today’s slate as well as mine on Landry.

No Joe Haden and no Devin Bush for Pittsburgh, but they can still get to the QB with an elite pass rush, so I see Landry being targeted with a higher-volume of quicker passes in a bid to keep Baker Mayfield clean.

Don’t forget that stud pass-blocking tackle Joe Bitonio is out with Covid, so it’s going to be even harder to set up those slow-developing, downfield shots they’re so fond of.

The Browns are also without WRs KhaDarel Hodge and possibly Donovan Peoples-Jones, who’s been cleared from concussion protocol but is listed as questionable.

The spread is now -6 and has been moving in Pittsburgh’s favor (-3.5 open), so we could see Landry soaking up lots of looks in comeback mode regardless of their specific gameplan.

He’s as healthy as he’s been all year and has 5 rec or more in 5 straight games while averaging 6.5 rec on 8.2 targets.

Thomas returns after the Saints shut him down for the last three weeks to rest him for the playoffs,  and reports indicate he’s “as healthy as he’s been” since Week 1 t

This line appears to be over-adjusted for the awful season Thomas just turned in by his standards, but even then it appears to be slightly short. Despite battling injuries and not finishing games, Thomas is still averaging 5.7 receptions per game. 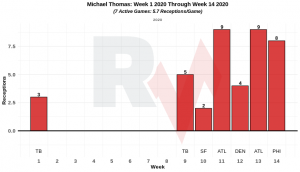 Brees is averaging 31 passing attempts since returning from injury. And With Thomas commanding a team-high 28% target share, despite the injuries, that kind of volume should be enough for him to hit this total.

Projections have Thomas posting six catches on the low end of his range of outcomes. If the Saints march on, this might be the lowest reception total we see for Thomas over the course of the playoffs.

Firkser was one of the heroes of the Titans’ unexpected postseason run last year, but we’re betting against him in today’s game against a stingy Ravens defense. Firkser – an oft-forgotten depth piece for this Tennessee squad – has fallen to fourth at the position in snap rate as of late.

Jonnu Smith is clearly the preferred TE for Arthur Smith’s offense, but both Geoff Swaim and MyCole Pruitt have been running ahead of Firkser in recent weeks. In fact, Firkser has played just 18 total snaps over the last two weeks, failing to top a 15% snap rate in either Week 16 or 17. 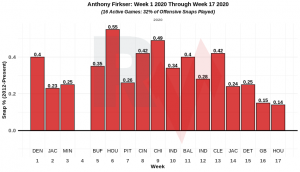 It truly is a situation where a guy just falls out of favor.

Firkser had at least two receptions in seven of the first eight games, but he’s gone over this mark just three times over the second half of the season.

He hasn’t recorded more than two targets in a single game since Week 13. Given that, we’re confident betting on Firkser to record under 1.5 catches in the Wild Card round today.