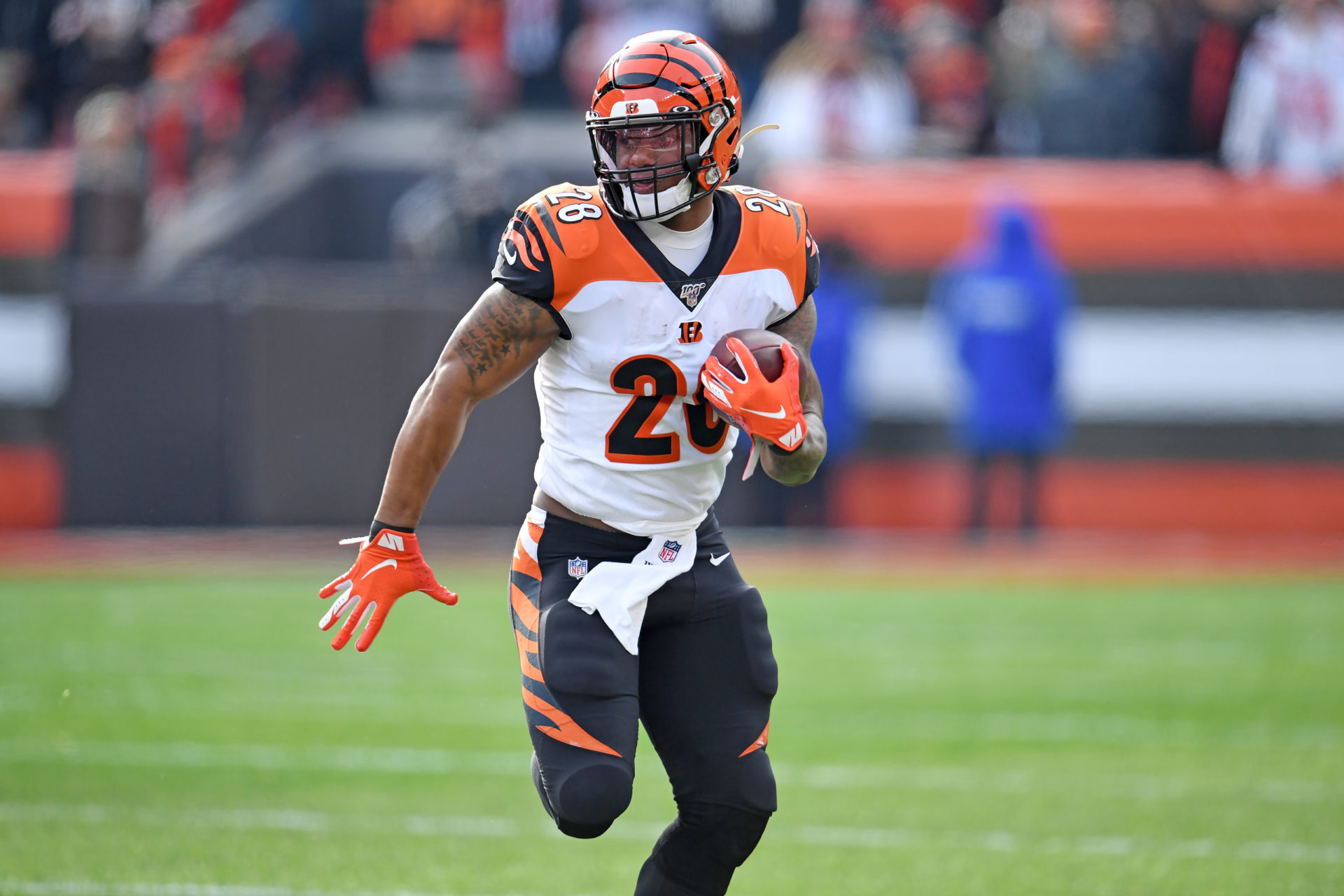 The bye-pocalypse is here. Six NFL teams have their bye weeks during Week 7, but we’ve still found angles on two phenomenal NFL Props for Week 7.

After an ugly Thursday Night game featuring the Browns and Broncos that saw Bet The Prop go 1-1, I’m thrilled to release two surefire plays for more exciting games this weekend.

I am 9-3 with Bet The Prop this NFL season after going 1-1 in this space last week.

It’s time to take a look at two running backs that will run wild in Week 7. Let’s dive into the plays.

Joe Mixon has been a workhorse whenever healthy this season, and in Week 6, he looked spectacular. Mixon ran for 94 yards on 18 carries, his best rushing output since Week 1. But, this massive workload is nothing new for the Bengals’ RB in 2021.

Mixon has at least 16 carries, 67 rushing yards, and a 63% snap share in every game but one this season. He’s as consistent a rusher as anyone not named Derrick Henry. The Oklahoma product is crushing this betting line as the featured runner in Cincinnati’s offense. He’s averaging a wildly impressive 18.5 carries and 80 rushing yards per game through six weeks.

His only miss on this over was in the Bengals’ loss to Green Bay when Mixon was limited due to an ankle injury. However, this injury now seems to be behind him after a stellar performance against Detroit. The star running back has now seen 16+ carries in 18 of his last 20 games, averaging 20.4 carries and 86.3 rushing yards per game during this stretch. This further proves how involved Mixon will remain in this offense.

Mixon faces a tough matchup against the Baltimore Ravens this week, but I don’t expect this to affect the ball carrier’s outlook much. The Bengals’ only two losses this season have come by just three points, and I believe Joe Burrow will be able to keep this contest close alongside Mixon. Expect Mixon to see 17-18 carries in a close game, which should put him on track for 70+ yards on the ground.

You may be wondering why I love this prop for Josh Jacobs this week when he is yet to have a 60-yard rushing game this season. Well, he is the unquestioned lead dog in the Las Vegas backfield. Game-script is also expected to be on our side with the 4-2 Raiders coming in as home favorites against the 2-4 Eagles. Furthermore, the Philadelphia run defense has been amongst the NFL’s worst in 2021, setting Jacobs up to be in a dream spot.

The former first-round draft selection has racked up 44 rushing attempts over the last 3 weeks. There are only 9 players in the NFL with more rushing volume since Week 4. Jacobs has handled a monstrous 83% of Las Vegas’ RB carries since returning from injury in Week 4, as shown in LVR’s rushing distribution here:

The Raiders have puzzlingly decided not to feature Kenyan Drake in the offense despite signing him to a relatively large contract last offseason. Meanwhile, 3rd and 4th-string backs Jalen Richard and Peyton Barber have hardly even seen the field of late. This only paves the way for Jacobs to see some massive volume in Week 7.

The Philadelphia Eagles have been among the league’s worst at stopping the run this season. The team ranks a putrid 25th in expected points contributed by rushing defense this season. The Eagles have given up 135.3 rushing yards per game thus far, good for fifth-most in the NFL. Opponents are averaging a league-leading 33 rushing attempts per game vs. Philly this season.

They’ve only gotten worse as the 2021 season has progressed, getting destroyed on the ground since Week 3. Five players have recorded more than 10 rushing attempts vs. Philadelphia in the last four weeks. All five running backs reached 60 rushing yards thanks to Philly’s pathetic rush defense.

Tampa Bay RB Leonard Fournette proved last Thursday Night that there aren’t many better matchups for opposing runners this season. Look for the leader of the Raiders’ backfield to have his best game of 2021 this Sunday.

Joe Mixon is the heart of the Cincinnati Bengals’ offense and should continue to see all the carries he can handle. The coaching staff has an immense amount of faith in him, and so should we.

Josh Jacobs cleared the 60-yard mark on the ground in 75% of his games in 2019 and 2020. A soft matchup as a three-point home favorite should help him get back on track this week.

Enjoy playing these props for Week 7, and join us for the remainder of the NFL season!