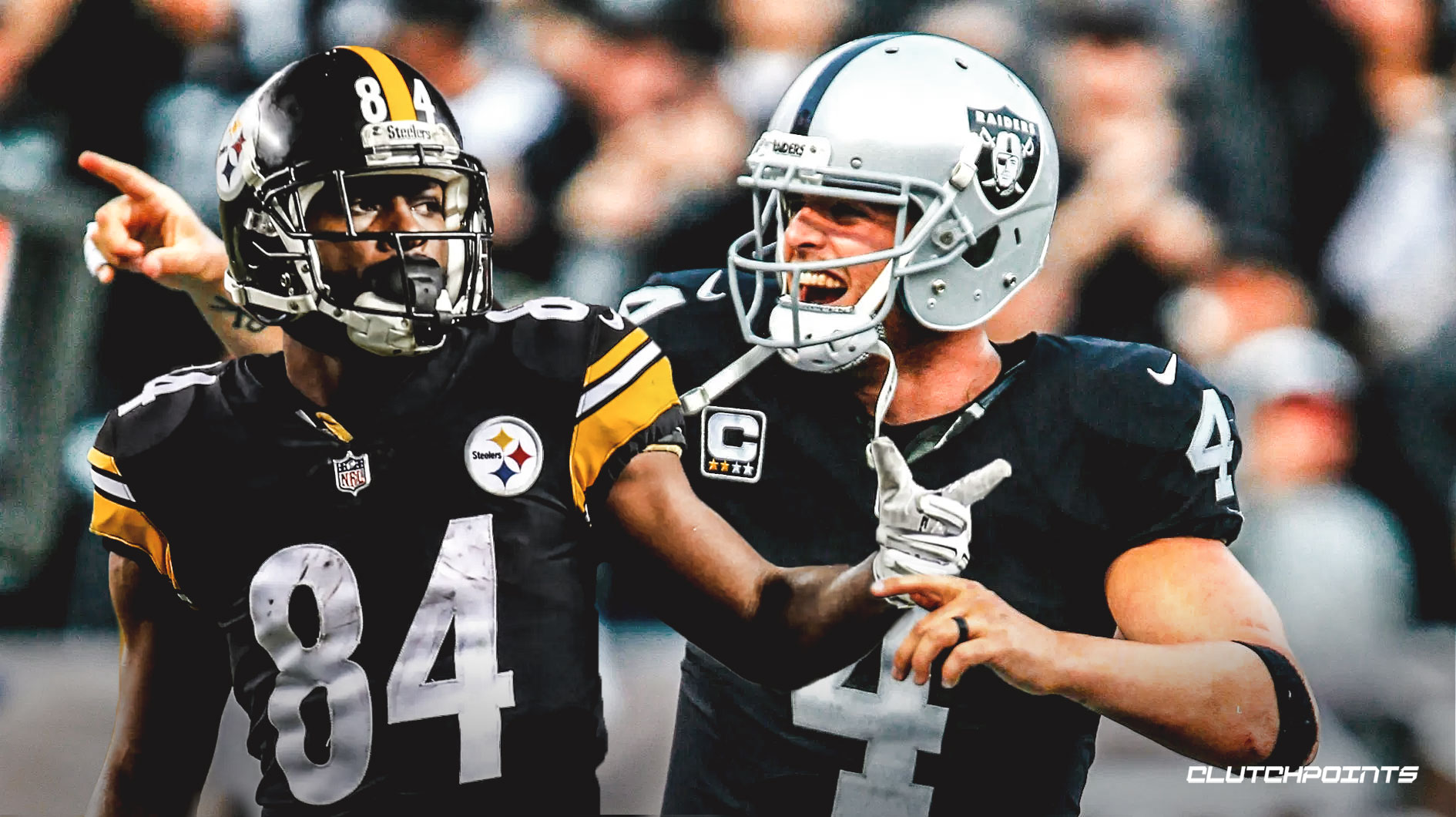 The deal is finally done, and with the biggest offseason move we’ll see all season now in the books, we’re getting an early crack at some Antonio Brown Raiders prop bets.

At first glance, I actually think that most of these lines are pretty solid; I expected them to be set a little too high, and they probably are, but not by as much as I thought they’d be.

We start with that line that stands out the most to me.

Since his second-year breakout, Brown has averaged 9.3 TDs. And over his last five seasons, he’s averaged 11.8 TDs, including a career-best 15 scores last year.

He hasn’t found the end zone fewer than nine times since the 2013 season. Still, I like the under here, as there are just too many things working against him, not the least of which is a major downgrade at QB.

Here are the stat lines for Derek Carr’s leading receiver(s) in every year since he came in the league.

Carr has never supported a WR to a double-digit-TD season, and only once has one of them hit nine scores — Michael Crabtree three full seasons ago.

He’s also trending in the wrong direction. Carr followed up his 32-TD sophomore season with tallies of 28, 22, before bottoming out at just 19 passing TDs last season.

To be fair, it’s not even a given that Carr will be the Raiders QB this season; he’s been so bad that we can’t rule out them drafting their new starting QB with an early pick.

This looks to be the tightest number of the bunch, and I don’t see much value on either side.

Brown has averaged 1,529.2 yards over his past five seasons, although between decreased efficiency and increased target competition from JuJu Smith Schuster, he’s leveled off a little recently, putting up an average of 1,371.3 over his last three.

We can expect to see a significant dip in production from Brown, but it’s hard to say how much.

The fantasy football wizards over at RotoViz have done some work on how much production a receiver typically loses when he changes teams. Their study shows that, on average, a WR’s fantasy points decreased by about about 10% in his first year with a new team.

Based off that alone, we can estimate approximately 1,234 yards from Brown in the upcoming season. But there’s reason to believe the drop-off could be even bigger:

The pick: No play. This number seems about right.

If we apply that same 10% new-team penalty to his most recent production numbers, we get a projection of 92.7 receptions.

And while it might be tempting to assume that the Raiders will force feed their new squeaky wheel, no WR has ever caught more than 89 passes from Carr… if Carr is even the QB in 2019.

Either way, this number feels a touch too high.

The Pick: Under 95.5 Receptions