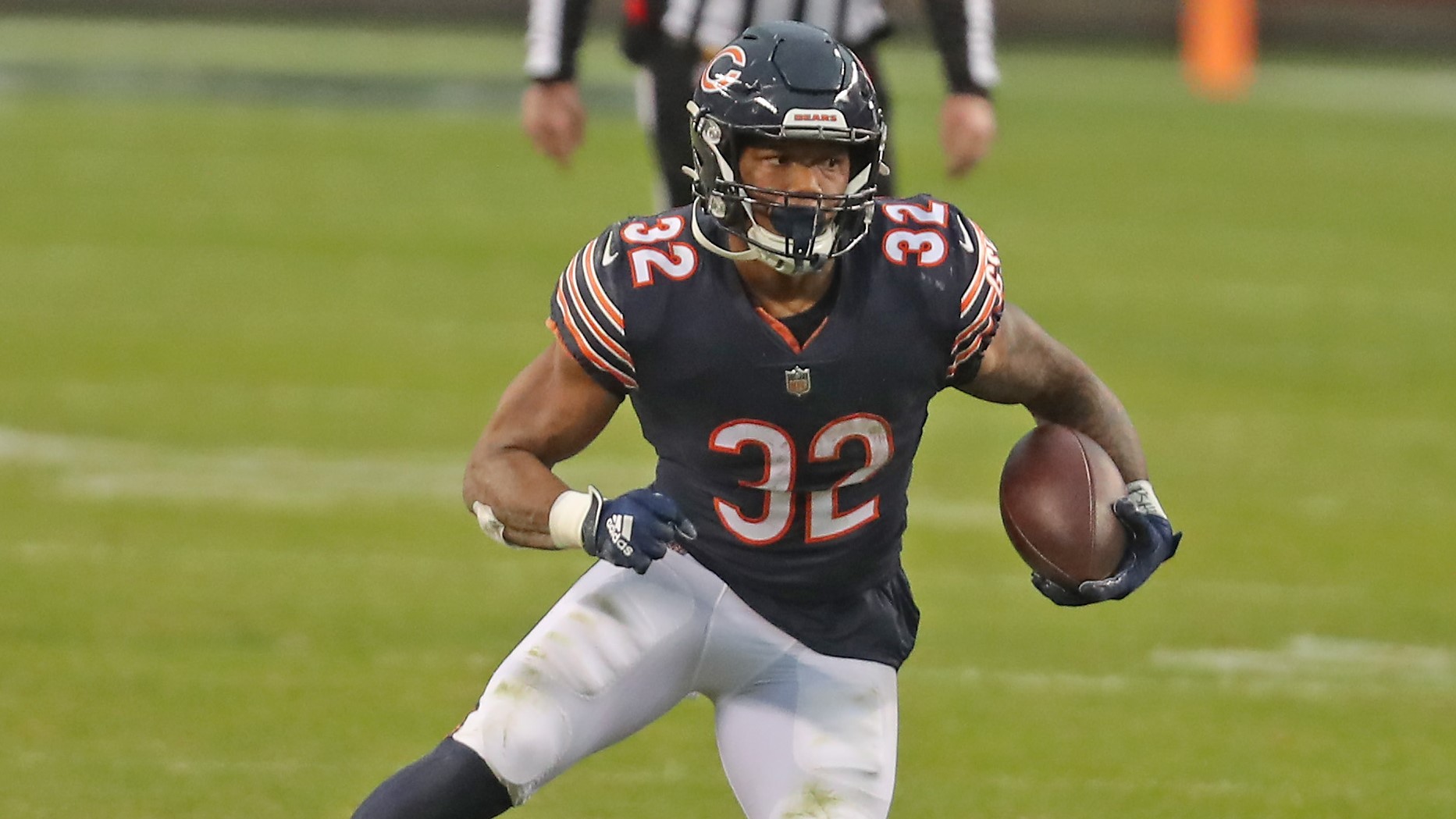 The National Football League is back, and Bet The Prop’s NFL team is already on top of its game. Our TNF props went 2-0, and we have two more SNF props for Bears Rams.

However, if you’re looking for some full-blown, +EV plays sent to you directly, consider becoming one of our subscribers! Join us here to get our full NFL prop slates alerted to your device.

Without further ado, let’s check out our favorite SNF Props for Bears Rams.

If that’s the case, this play figures to be very strong. However, even if it’s not the case, I still believe this play provides value.

Montgomery just wasn’t that active in Chicago’s passing game last season. In his 16 starts last year, he managed to hit over 3.5 receptions in just six of them, good for a 38% hit rate. 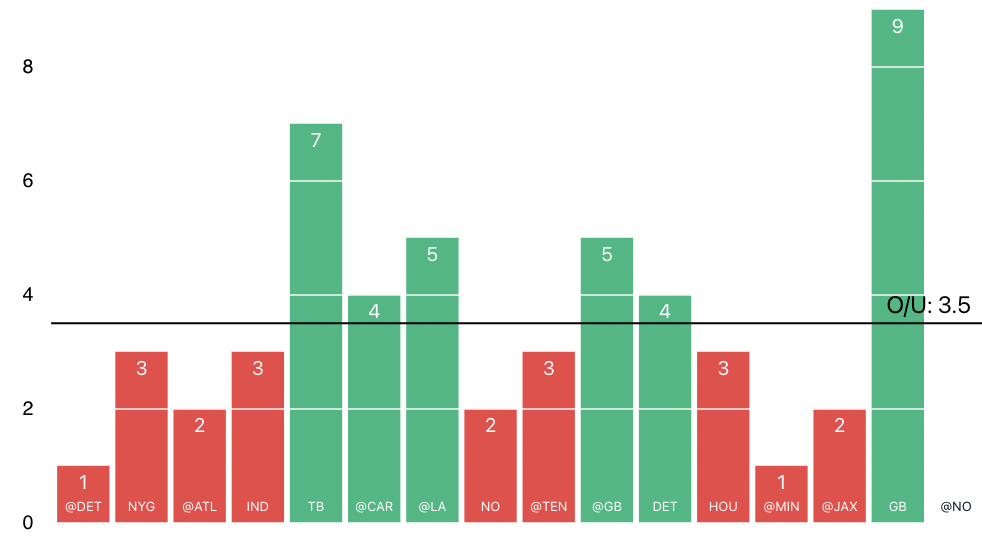 That includes the last quarter of 2020, where Montgomery received over four targets in just one of his final five games.

Put it all together, and projections for Montgomery are in the 2.6 to 3.3 reception range, providing us with plenty of value on the under at this price.

Allen Robinson Under 5.5 Receptions (-140 on DraftKings)

As you can see, I’m low on the Bears offense in this game.

The Rams allowed the fewest yards (2075) and touchdowns (7) to wide receivers last season, and Ramsey was the cornerstone of that secondary.

Over the course of last year, Ramsey was targeted 71 times. He allowed a completion percentage of just 50.7% while holding opponents to just 4.9 yards/target and a 68.1 passer rating, all stats that lead the league among cornerbacks. Plus, outside of a bad Week 1 performance against Amari Cooper, Ramsey went on to hold 12 of his next 14 opponents to under 5.5 receptions. 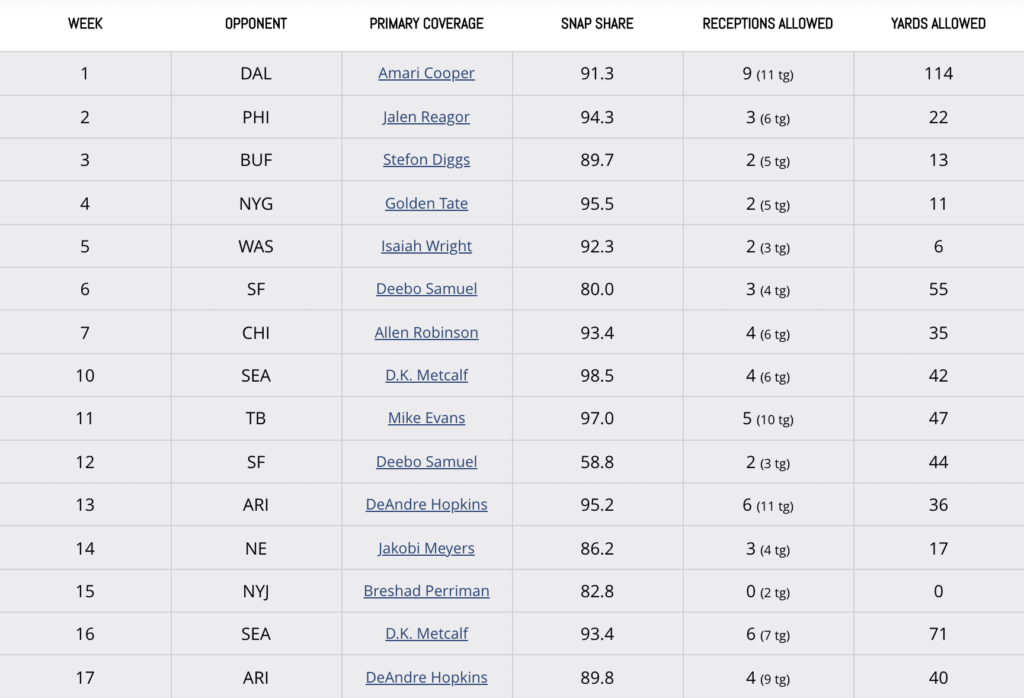 That list includes a lot of big-name receivers, but it also includes Robinson himself. While Robinson tore it up last season, hitting over 5.5 receptions in 11 of 16 contests, Ramsey held him to just four receptions on four targets in Week 7.

Robinson averaged 26% of the Bears Target Marketshare over the course of the season, but Ramsey held Robinson to just 11%, Robinson’s lowest mark of the season. However, that was just another day at the office for Ramsey, who finished seventh among cornerbacks in target rate last year (16.6%).

While Robinson is due for a huge season, Ramsey presents a rough Week 1 matchup for him. This is all without mentioning his banged-up hamstring and potential chemistry issues with his new quarterback (whether that be Andy Dalton or Justin Fields).

The projection market has Robinson right around 5.1 or 5.2, and I like his chances of staying under this mark on Sunday Night.

Play these two SNF props for Bears Rams, and consider joining us as a subscriber for the remainder of the season!