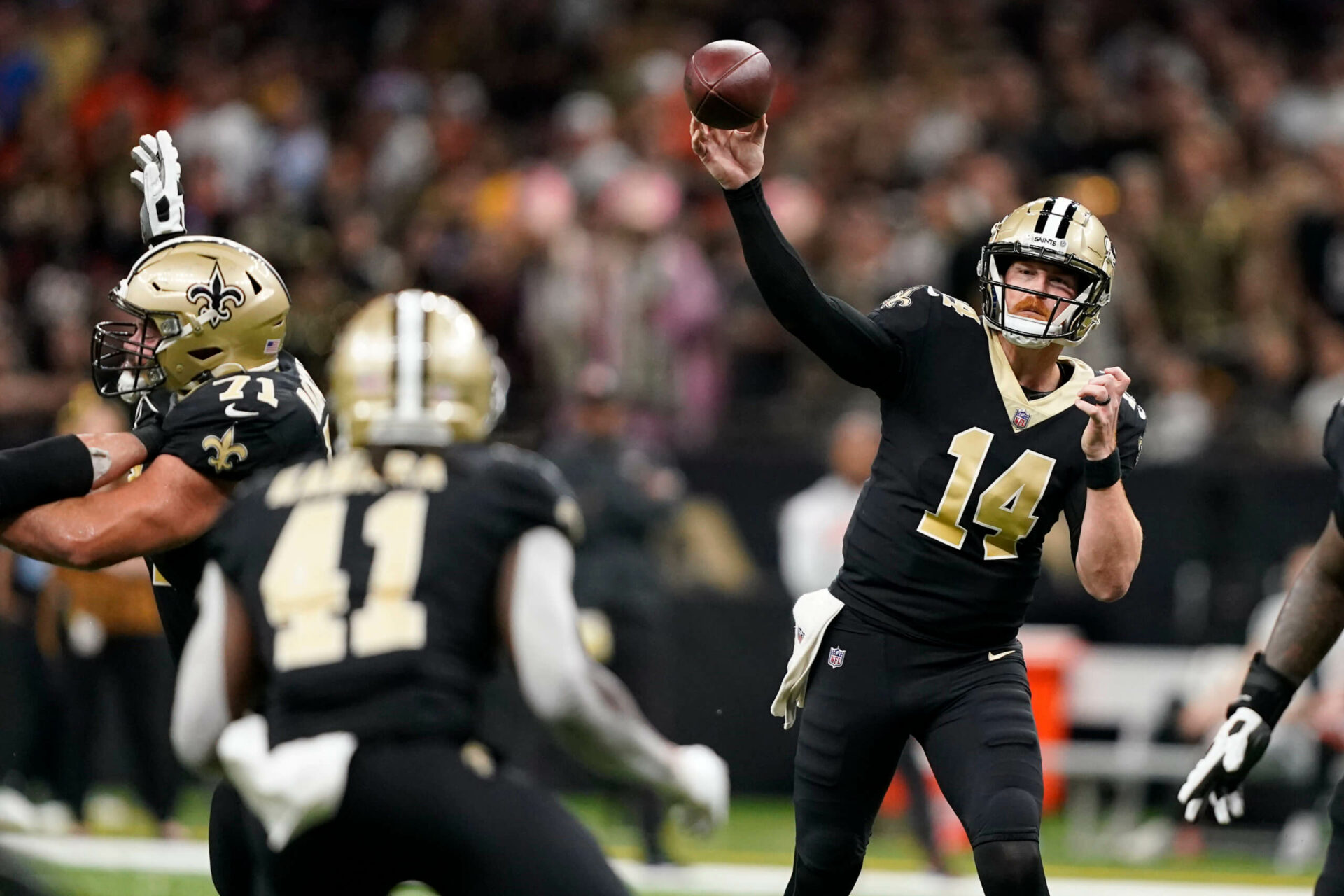 The Buccaneers host the Saints as 3-point favorites in a game with a modest 41-point total, and we’re breaking down one of our favorite MNF player props for this NFC South battle.

The Saints haven’t been leaning on Andy Dalton as a passer much this year, and we don’t think that changes much tonight. Let’s dive into why and how we’re playing it.

This is already U31.5 -160 at Ceasar’s sportsbook, which is arguably the sharpest domestic book out there when it comes to player props.

Dalton’s only hit this number once all year. He has a median result of 29 attempts, and he’s failed to crack even 30 attempts in any of his last four games. 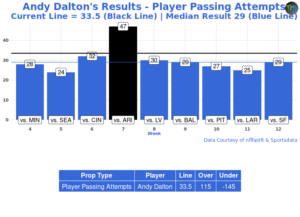 While the prop markets seem to be suggesting a shootout with some of these Saints player props lines, the higher liquidity markets have the game total at just 41 and the Saints at +3, suggesting a relatively tight, low-scoring game.

The Bucs offense isn’t particularly powerful this year, and their defense can be run on — and teams have been doing that. You’d assume QBs facing the Bucs would be averaging a ton of attempts, but they’re averaging just 33.3, the 14th-fewest, right in the range of strong pass defenses like SF, NYJ, and NE. Last week Dalton faced SF and his line was 31.5. So why is he getting a boost of two full attempts in this matchup that actually has a lower game total?

Taysom Hill has been stealing plenty of snaps in recent weeks, and with the Bucs being vulnerable on the ground, I think we’ll see plenty of him tonight again. 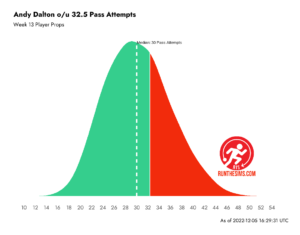 If the game stays close, as the main markets suggest it will, that should allow the Saints to do what they want to do on balance — run the ball.