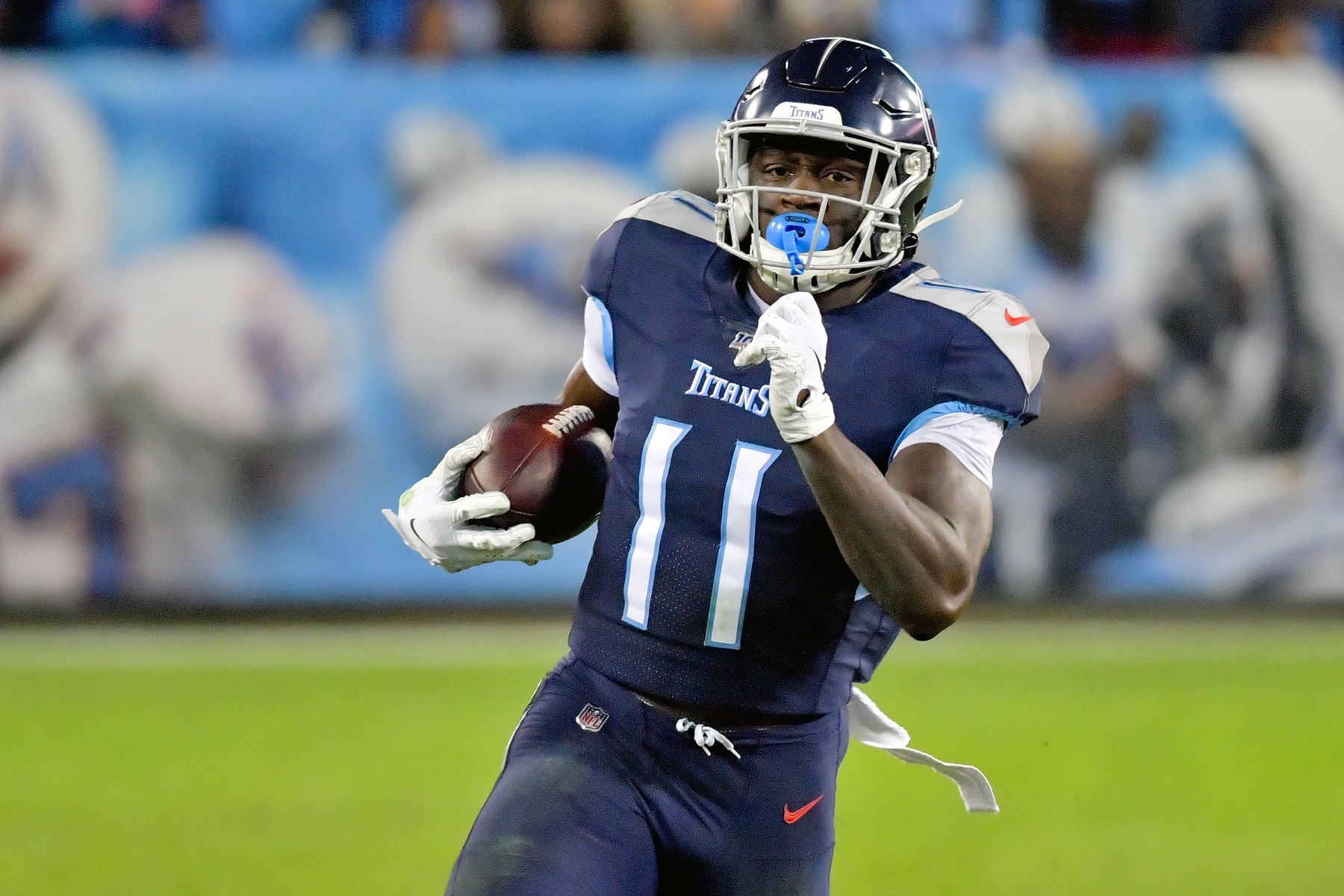 Brown entrenched himself as one of Ryan Tannehill’s favorite targets during the second half of last year’s rookie campaign. After an early knee injury kept him out of a few games this year, Brown is back to form.

In a matchup versus a subpar Browns pass defense, I like Brown to capitalize.

Find more of my analysis on Twitter, and join Bet the Prop here to get prop picks from multiple sports alerted to your device.

Since Tannehill took over as the Titans starting QB last season, Brown is averaging 73 receiving yards per game. This season, after his return from injury in week four, he’s averaging 75 yards.

Among WRs with at least 35 targets, Brown ranks sixth in yards per route run at 2.43, better than the likes of Tyreek Hill and DK Metcalf. This serves as a key indicator of his efficiency, which is important in the Titans run-heavy offense.

It is a myth that the passing game has to take a backseat to the workhorse running back Derrick Henry when he’s cooking up a big game. In fact, Brown has averaged more receiving yards and targets in his young career when Henry runs for more than 100 yards. 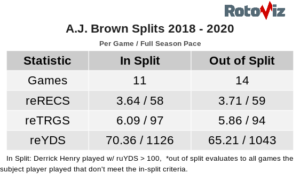 Brown averages 5 yards per game more when Henry rushes for at least 100 yards.

Henry appropriately commands a lot of attention from the defense, which provides opportunities for Brown to see single coverage on the outside. In this matchup, that should spell success.

By passing yards allowed per game, the Browns rank 20th in the NFL. Brown has absolutely torched bottom-half defenses in his short career: 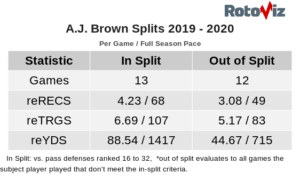 In my estimation, the Browns are fortunate to even rank 20th in pass defense.

If you take out the games versus the Raiders and Texans which were impacted by severe wind, the Browns pass defense would sink to fourth-worst in the NFL (allowing 290 yards per game). It’s worth noting that six of the nine opponents Brown has faced this year are top-12 pass defenses.

In addition to the wind games, they’ve been fortunate in recent weeks to have faced a sharply declining Carson Wentz and the Jaguars third-string quarterback, Mike Glennon.  Still, the Browns have allowed thirteen different receivers to eclipse this mark in eleven games, including WRs profiled similarly to Brown:

All of the above had at least one catch of 20 yards.  This bodes well for Brown, as he ranks second amongst receivers with eight yards after the catch per reception, and first in broken tackles with eleven.

The Browns will also be without their best cover cornerback, Denzel Ward, who is out with a calf injury.

Using the yards per route run metric, Brown would need to run 27 routes for the over to hit.  He’s acheived this in seven of nine games he’s played this season.

Tannehill is averaging 30 pass attempts per game and the Browns are yielding 37 per game to their opponents.

All in all, I see Brown getting plenty of opportunities to have his way with the Browns secondary in this matchup.