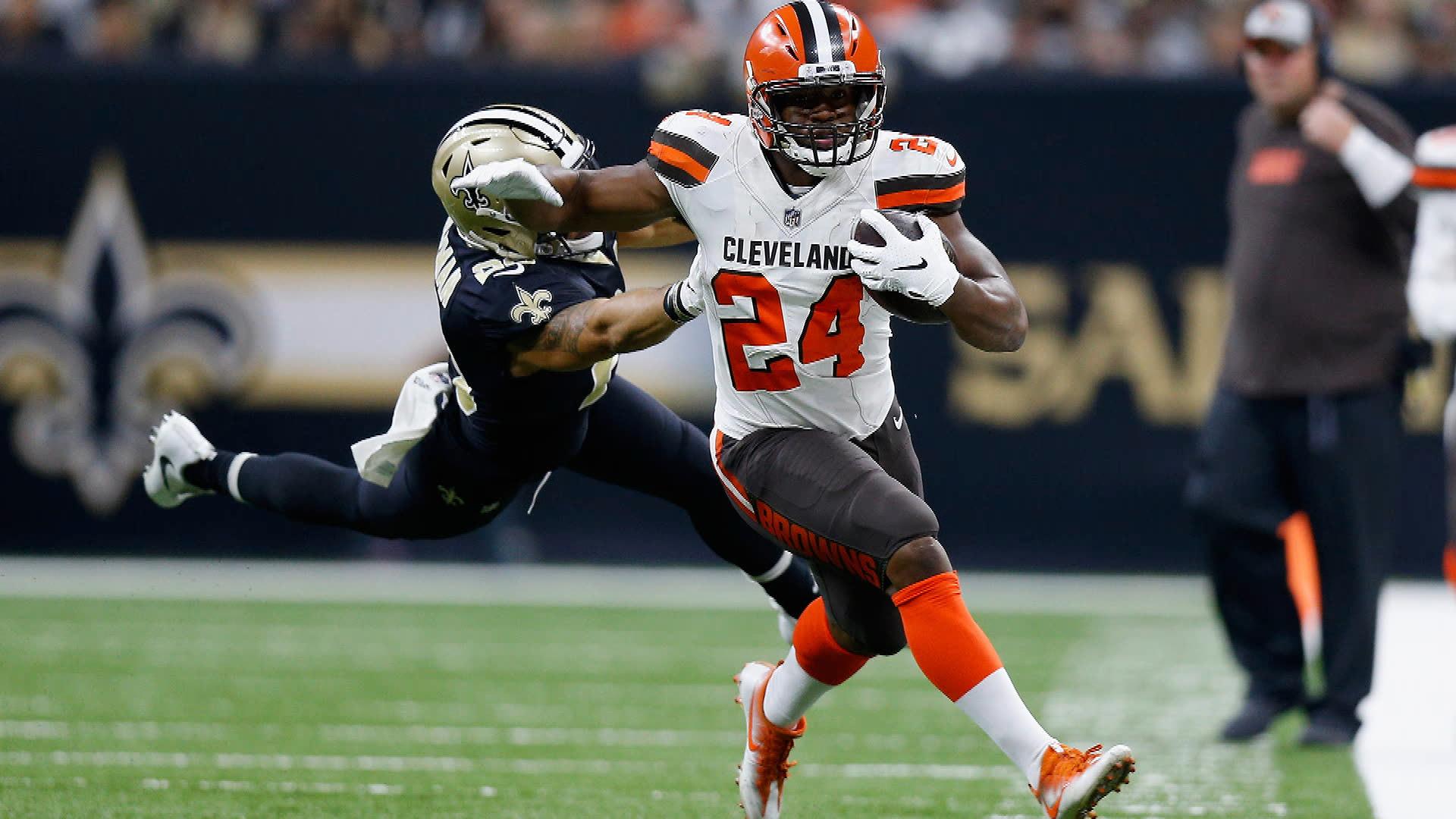 The 2021 NFL season is officially underway, and we’re bringing you two of our top props for Week 1.

After the RBs in last night’s NFL season opener flopped, I’m expecting a lot more excitement from the running back position this weekend.

We’re recommending these two player props as leans, as we did last night when we went 2-0, which means 0.5 units (or 0.5% of your total betting bankroll).

However, we have already put out a number of screamer “official” plays for the weekend’s main slate for our subscribers. Join us here to get our full NFL prop slates alerted to your device.

It’s time for a Week 1 Running Back Attack. Let’s jump into the picks.

After being drafted in the 7th round in 2019 and hardly playing as a rookie, Myles Gaskin had a mini-breakout last season, averaging 38.8 receiving yards in 10 weeks of action, finishing with at least 22 receiving yards in 9 of his 10 contests.

The 24-year old also seemed to reach a new level with Tua Tagovailoa as the Miami starter. He posted 51.5 YPG across four games with Tua, up from 30.3 YPG with former Dolphin Ryan Fitzpatrick. The Washington product only became a more productive receiver out of the backfield as the season went on. This change is evident in his game-by-game receiving stats:

The Dolphins travel to Foxborough, Massachusetts to face the Patriots on Sunday afternoon, and the Pats are not a prohibitive matchup for this prop.

Despite his stellar close to the 2020 season, there was some buzz that Gaskin may see a decrease in his role, and possibly even cede work to new signing Malcolm Brown. However, Dolphins beat writer Joe Schad put these rumors to rest this week. Schad even wrote that Gaskin has “emerged as a Dolphins’ three-down running back” thanks to his pass blocking prowess, which would entail a hefty passing-down workload for the third-year pro.

Myles Gaskin has improved into a trusted pass blocker, Brian Flores indicates. He also has a very professional approach. For fantasy, this tells me Gaskin still most likely to lead in snaps and touches. #MiamiDolphins

If there’s one thing the Cleveland Browns do best, it’s running the football, and Nick Chubb is the engine that makes the Browns offense go.

Chubb appeared in 12 games in 2020, but one of them was cut short due to injury (he still racked up 6 carries for 43 yards in just 14 snaps in that game). In his 11 full games last season, Chubb finished with at least 80 rushing yards in 8 of them, averaging 93.1 yards per game over that stretch.

Bet the Prop already released a video stream this week explaining why you should feel confident in betting the over on Nick Chubb’s carries prop, which you can watch below.

The two-time Pro Bowler’s per-game average of 17.4 rushing attempts over the last two seasons is certainly well within reach in Cleveland’s season opener.

The former 2nd round draft choice out of Georgia is an immensely talented runner. Chubb is one of just four running backs in NFL history to rush for at least 5.2 yards per carry (minimum 600 career attempts).

He joins Jamaal Charles as the only back to do so since 1970 and is one of the most efficient rushers to ever step on a football field.

In 2020, Kansas City allowed the 9th-most rushing yards to opposing RBs and 13th-most yards per carry overall. They also ranked second-to-last in Expected Points Contributed by Rushing Defense, as shown below via Pro Football Reference.

Nick Chubb seems to check every box for playing the over to kick off his season. The volume is all but guaranteed, he’s as efficient as anyone, and he faces a Chiefs run defense that struggled mightily last season.

Meanwhile, Myles Gaskin should see at least four to five targets on Sunday. This number is plenty for him to smash the over on a line that was set far too low for the talented runner and receiver.

Enjoy playing these props, and join us for months of NFL props to come!