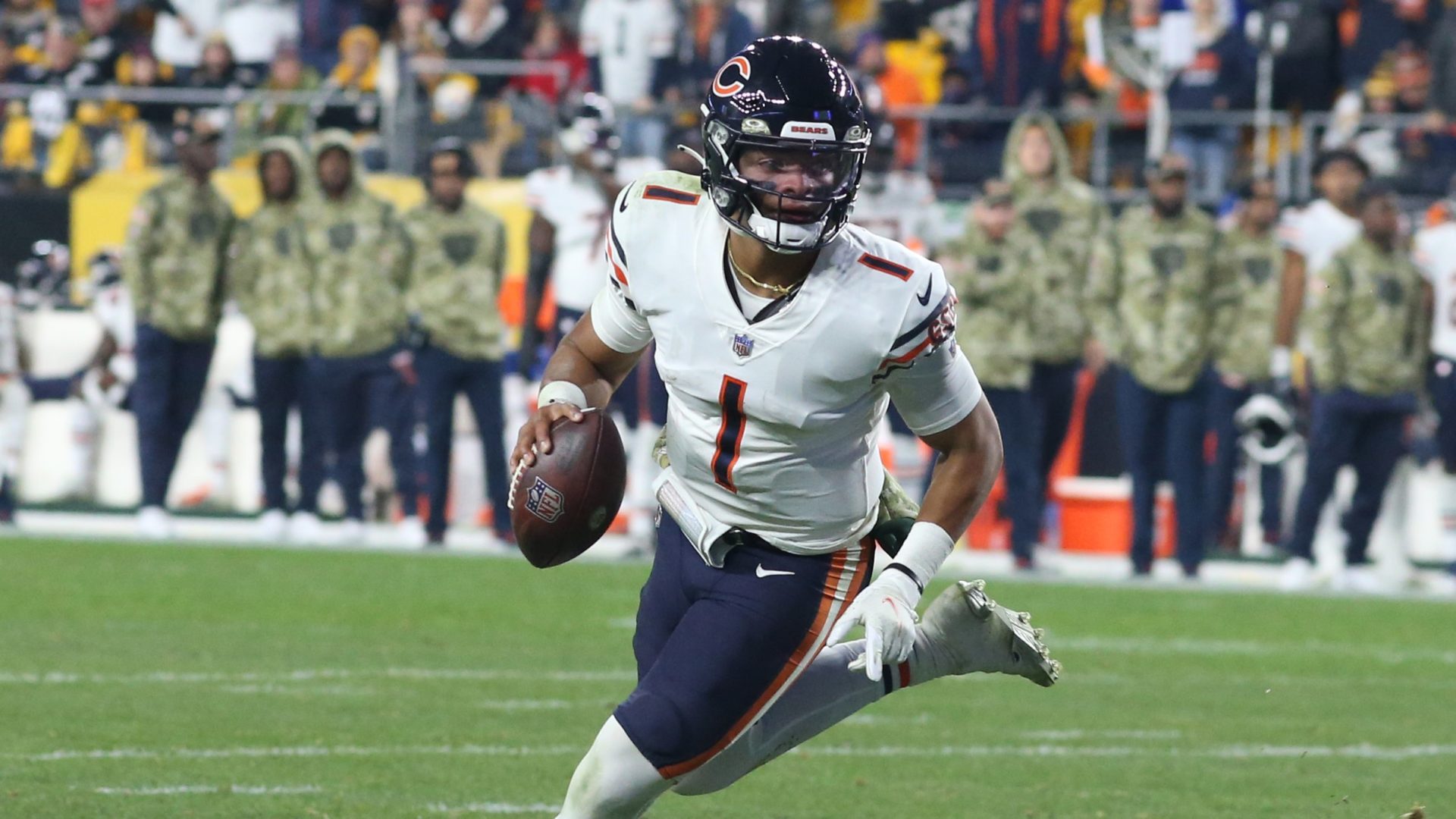 The Packers are making a run for the No. 1 seed in the NFC, and they have an easy primetime game this week. Justin Fields leads a 4-8 Bears team that is weak on both sides of the football. Our team is expecting a low-volume offensive game. In response, we’ve targeted one SNF Prop for Bears Packers.

We’ve already given out Fields under 29.5 attempts to our subscribers, but that line has now dropped slightly. Therefore, you should consider joining us to get full weekly slates of NFL props delivered to your device. That way, you’ll never miss a +EV prop play.

But there’s another Fields prop we believe has value, partly because it’s directly correlated to his attempts total.

There are plenty of reasons to like this under. For starters, Fields has hit this line in just two of his 10 games this season. 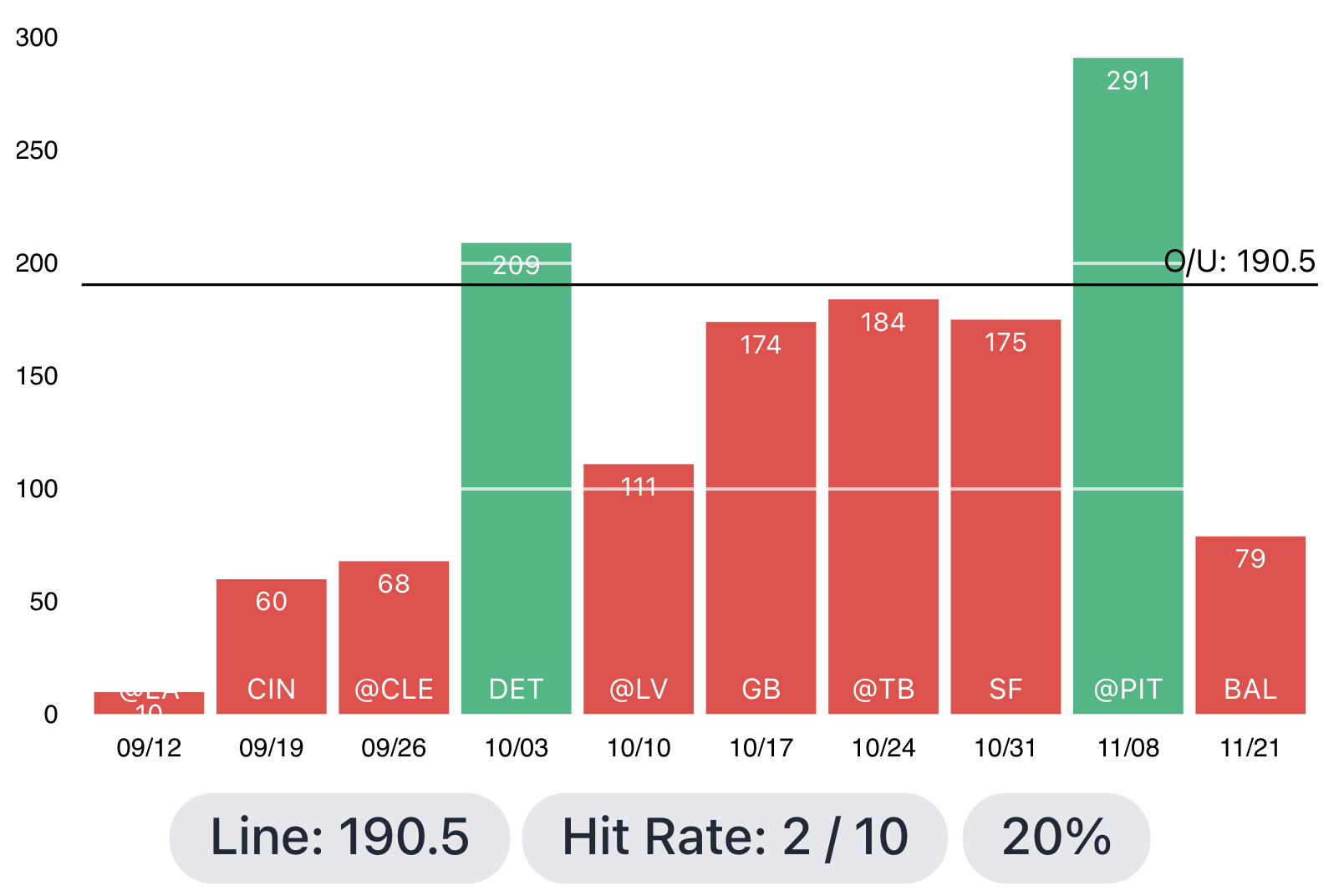 However, just because Fields has gone under 80% of the time doesn’t mean he’ll go under every time. The game situation has to be conducive to an under.

It will be on Sunday Night.

The Packer defense is a primary reason for their success. Green Bay is top 10 in both total passing yards allowed and Football Outsiders’ passing defense DVOA.

Therefore, it’s already hard to play Green Bay straight up. But the Packers are also good at limiting opportunities. The Packers allow just 62 offensive plays per 60 minutes, good for third-fewest in the NFL.

As a result, the Packers have held five of the last eight quarterbacks they’ve faced under their passing total. That includes:

The total for this game is just 43, so Vegas is expecting a relatively low-scoring affair on Sunday Night. That already gives a slight edge to Fields finishing with little passing yards.

However, the Bears are also 12-point underdogs. Bet the Prop’s historical research shows that starting quarterbacks who are big dogs go under their passing totals over 60% of the time.

In the end, the Bears don’t even want to use Fields that much. Fields is a rookie quarterback whom the Bears use as little as possible, and the Bears pass attempts over expectation show that.

All the stats and trends are pointing towards the under, and Matt Nagy probably prefers his quarterback avoids passing altogether. That creates a perfect situation for Fields to put up almost no passing yards on Sunday night.