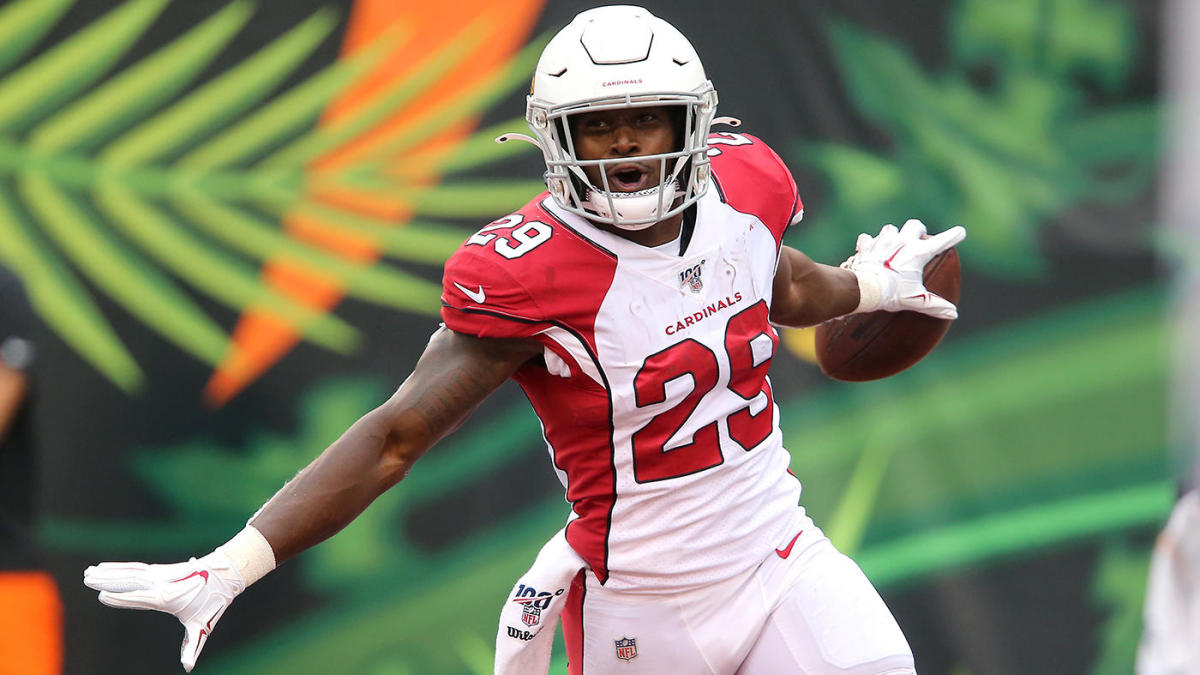 Both of our best props for TNF so far are overs, and it’s the kind of game where taking any under makes you feel a little sick.

This projects to be a wild one with a ton of offense:

We can confidently lean towards a few more overs than normal, including this feature play on Edmonds.

If you’d like to get our other top prop for TNF, plus full weekly cards alerted to your device, join us here.

Our record on the season: 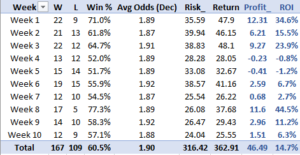 Edmonds benefited from the defense-optional affair in their first matchup, blasting by his over en route to career-high 7 catches and 87 receiving yards. 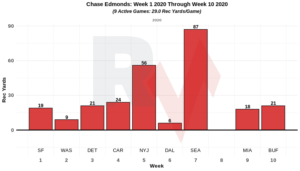 Keep in mind that the explosion against Seattle came with Drake in the lineup, so we don’t need Drake to be sidelined to see Edmonds get targets.

The matchup against Seattle is a dream for QBs and WRs, but it’s still a great one for guys like Edmonds.

Ten different RBs have had three or more receptions, and 11 RBs have gone over this mark of 19.5 receiving yards.

A lot of it is just pure, unadulterated volume. Their opponents are averaging 44 pass plays per game and 72 total plays per game, both the highest marks in the league.

Even if Edmond’s role isn’t as big tonight as it was last time out vs Seattle, 44 pass plays per game allowed by Seattle is insane.

That falls right in line with projections, which have him between 25 and 35 yards.

Any way you add it up, this play has a lot of outs — just what we like when betting an over.