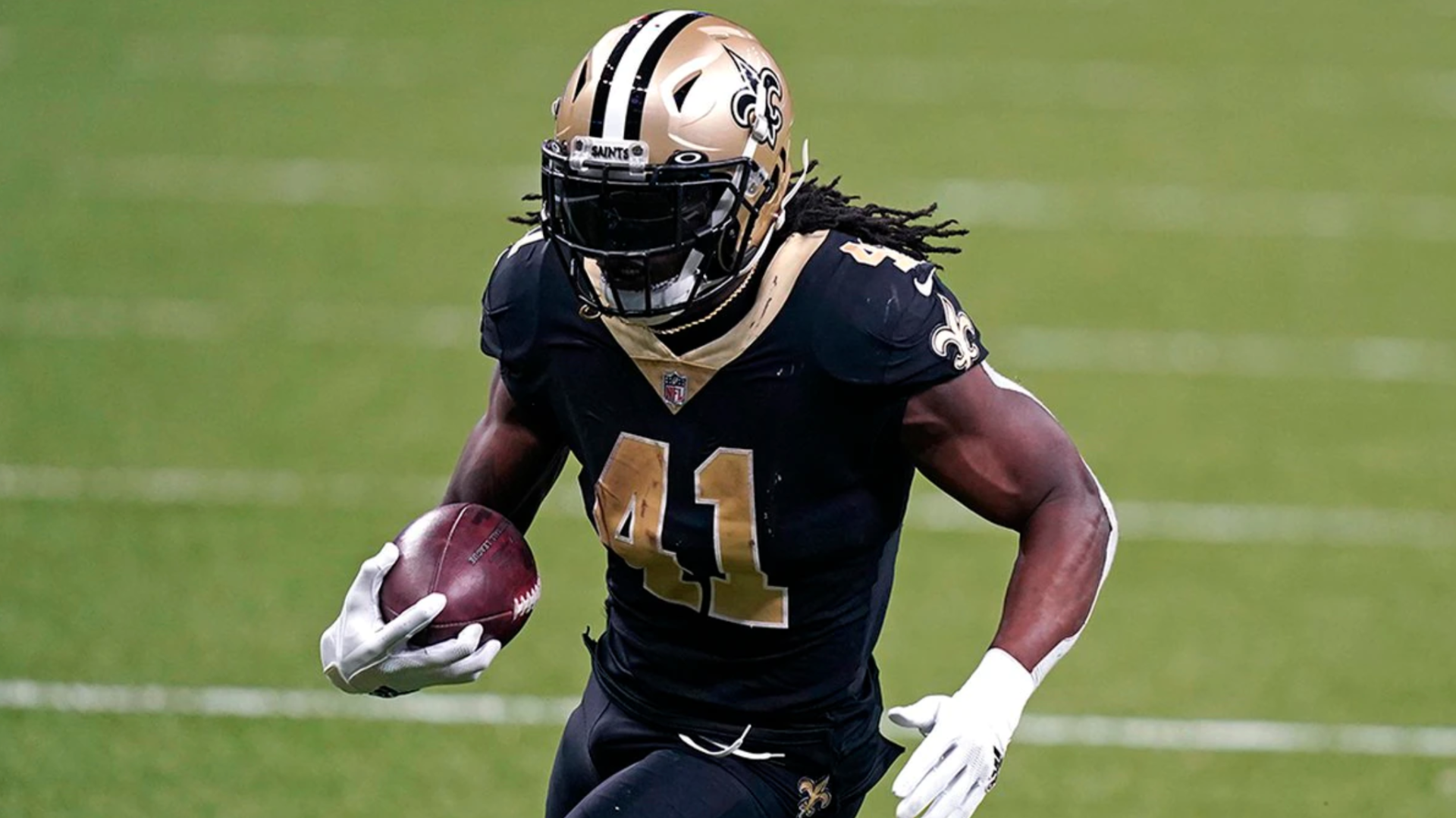 An action-packed Week 14 NFL slate lies ahead, and we’ve found some strong angles on two NFL Props for Week 14.

After an exhilarating Thursday Night Football display from the Vikings and Steelers, I can’t wait for what’s in store this weekend.

My Bet The Prop article plays are 15-11 so far this NFL season and I’m looking to get back on track after a couple of bad beats last week.

The New Orleans Saints have been without superstar RB Alvin Kamara for over a month and desperately need their superstar to return to the lineup. The Saints are facing the Jets on the road this week, where they will look to snap a five-game losing streak in Alvin Kamara’s return.

Alvin Kamara has been sorely missed by the New Orleans Saints since his last appearance back in Week 9. The Saints have turned to a mix of Mark Ingram, Ty Montgomery, and Tony Jones Jr. in Kamara’s absence, and it has been glaringly obvious how valuable he is to this New Orleans offense. The Saints scored 18.3 PPG in the four games Kamara missed compared to 25.1 PPG in eight games with him on the field.

The fifth-year RB is undeniably an elite talent and will be heavily involved in his return.

Before Mark Ingram’s return to New Orleans in Week 8, Kamara was handling a larger workload than ever before. AK totaled at least 20 touches and at least 80% of the Saints’ offensive snaps in four straight games and was still supremely productive. Here is Kamara’s game log before he picked up his knee injury:

Kamara averaged 19 carries and 69 rushing yards per game during this stretch, logging 80% of New Orleans’ 442 snaps through Week 8. This is the type of usage we can expect from the former Tennessee Volunteer this Sunday. Ingram and Ty Montgomery have already been ruled out, leaving only Tony Jones and Dwayne Washington to potentially take any work away from the focal point of the Saints offense.

The New York Jets do a poor job of many different aspects of football. Their run defense is no exception. Here’s where New York ranks in some key rushing defense statistics:

On top of ranking poorly in every major statistical category, the Jets have been giving up large rushing totals every week. They have allowed five 70-plus yard rushers in their last seven games. Just last week, New York let up a 24-120 rushing line to Miles Sanders.

New Orleans has the NFL’s seventh-highest run rate this season and are favored by a touchdown with their offensive centerpiece back. Head Coach Sean Payton said Kamara is a “full go,” which makes the over on his rushing line a full go for me.

With New Orleans likely to feature the ground game in Week 14, the passing attack subsequently takes a hit. This namely damages the outlook of Marquez Callaway.

Callaway has been a non-factor for New Orleans’ last seven games. He’s eclipsed the 35-yard mark just once during this span, posting 37 yards in a loss to the Titans.

Overall, Callaway has remained under this total in eight of his 12 games this season, but his play has tailed off as the season has progressed. He’s averaging just 2.1 receptions and 26.7 YPG since the bye week and has just four catches in his last three games.

Opposing running backs have had such an easy time against the Jets that wideouts struggle to get involved against New York. The Jets are giving up the third-fewest targets and sixth-fewest receptions to receivers in 2021.

There are only two wide receivers in the last month that have caught more than three passes against the Jets. Their names? Jaylen Waddle and Stefon Diggs, two of the ten most targeted receivers in the league. Spoiler alert: Callaway doesn’t see an elite-level target volume.

It’s no secret that Taysom Hill limits the New Orleans passing offense. And, Sean Payton is not afraid to run Hill and Kamara into the ground when the Saints are holding a lead. He averaged just 25 pass attempts and 181 YPG in his three wins last season.

To make matters worse, Taysom injured a finger on his throwing hand in last week’s loss. He was already limited as a passer pre-injury and is now dealing with a rather serious torn tendon. The throwing finger on his middle hand will be in a splint while he plays.

That won’t make it any easier for him to deliver Callaway the ball. The injury adds to a list of other factors that should keep Callaway in check in Week 14.

Alvin Kamara is one of the NFL’s elite running backs and should be a featured member of Sean Payton’s game plan to take down the Jets on Sunday.

Meanwhile, Marquez Callaway hasn’t had a productive game since Week 5 and will be catching passes from a four-fingered Taysom Hill in this contest.

Enjoy playing these NFL props for Week 14, and join us for the final weeks of the NFL season!