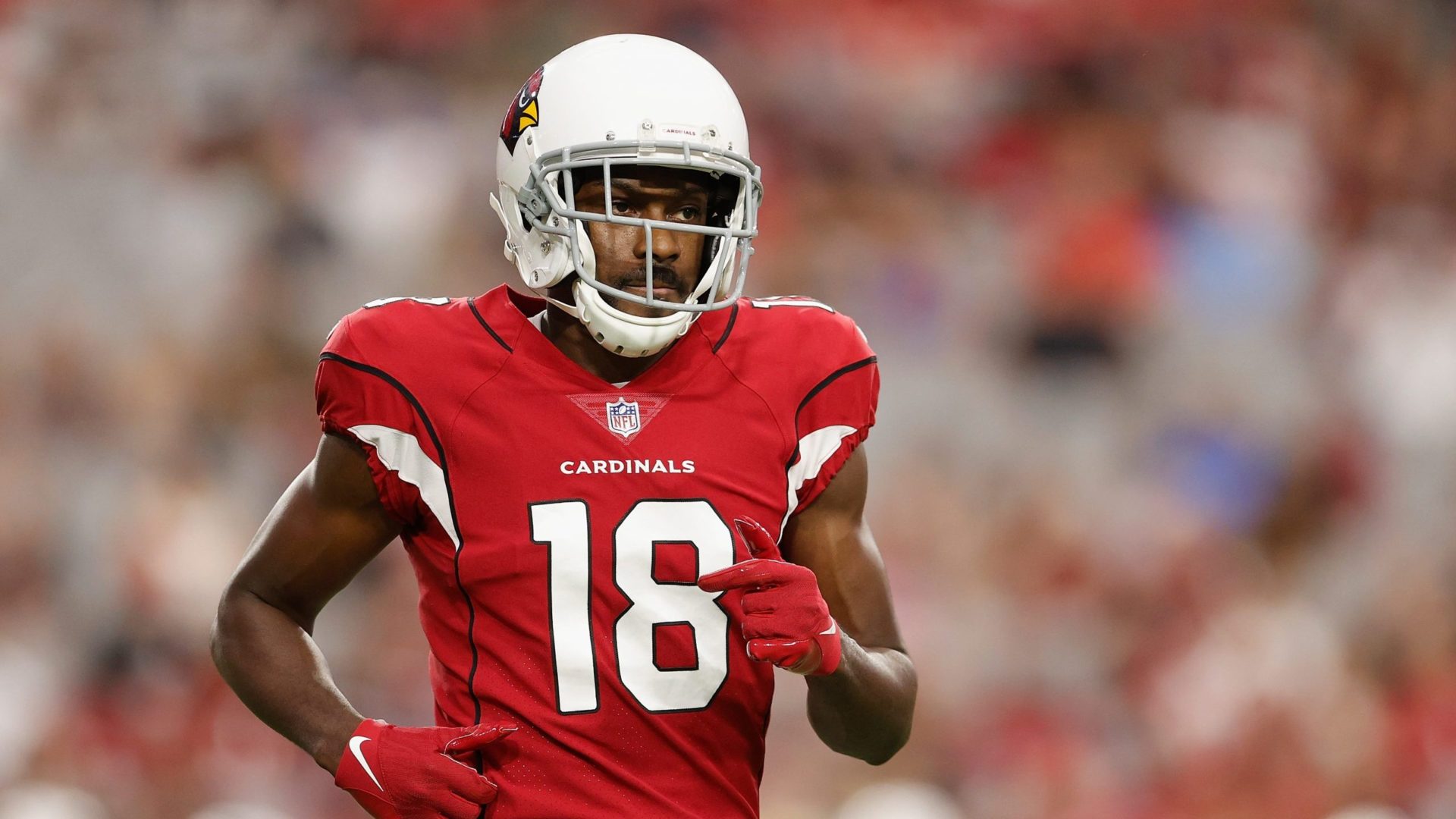 We’ve been accused of being a bit age-ist here at BTP, and this article will do nothing to dispel that notion as we break down one of our best MNF props for Rams Cardinals.

For a dusty veteran coming off a couple of down years, AJ Green has actually shown himself surprisingly well this season. But his playing time appears on the decline, while his betting line does not, opening the door for a nice under opportunity. Let’s dive in.

Join us here to get all those picks, plus NHL, EPL props, and more.

On the surface, this bet might look a little thin. He’s averaging 50.2 yards per game and has hit this number in seven of his 11 starts.

However, we witnessed a significant shift in Green’s usage after he missed Week 9 with a hamstring injury. He hadn’t played fewer than 79% of snaps before then, but they’ve since held Green to under 70% of offensive snaps in every game. 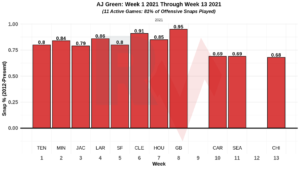 The main issue for Green is that he’s losing snaps to dynamic fourth-year WR Christian Kirk, who’s always played out of the slot but is now kicking outside on a regular basis as well, stealing precious snaps from Green, who only plays on the outside.

His efficiency has dropped off as well, which is no surprise considering the hamstring injury:

On top of that, it’s also possible that QB Kyler Murray is not 100% healthy, leading to limitations in the passing game overall. It certainly seemed to be a factor last week, when the Cardinals went to great lengths to limit his work in his first week back from an ankle injury — none of their WRs ran more than 16 routes in that game, a truly shocking number.

Chase Edmonds is also likely to return to the lineup last night, which would only spread out the target tree even further.

Here’s the fly in the ointment.

This game has a healthy point total of 51.5, and the Rams play swiftly on offense — they run the second-quickest snaps/second in the league (24.6), and the third-most plays per 60 minutes (69).

That could work to push the Cardinals into a faster pace than they might like, but as discussed, Green should see a smaller piece of that pie regardless.

Despite their games always having shootout potential, the Rams have done reasonably well vs WRs, holding them under their closing prop line 56.3% of the time this year.

AJ Green is 33-years old, and while he’s shown some surprising juice this year, fading old WRs is just what we do at Bet the Prop. It’s worked well for us, and we see some value at this number.