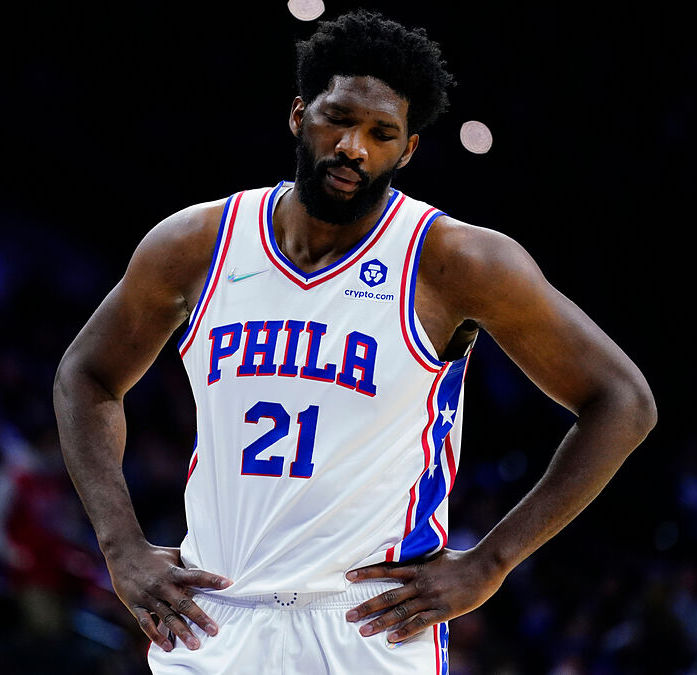 The first round of the NBA Playoffs is wrapping up, as half of the results from the postseason’s preliminary round have been finalized. Every Eastern Conference series but one has produced a winner except this Philadelphia vs. Toronto series. We’re going to be launching back into this chess match of a series and bringing you the best of our NBA props for tonight.

With a loss tonight, Philadelphia would become just the fourth team in NBA history to play a Game 7 after taking a 3-0 series lead. Head Coach Doc Rivers is no stranger to playoff collapses, and this would certainly be his worst yet.

Joel Embiid and James Harden have each taken a step back from their regular-season production thus far, but we’re going to target Embiid today. “The Process” is nursing a torn ligament in his right thumb and this ailment has noticeably impacted his production in a negative fashion. There is some clear value on the big man’s under this evening, so let’s see how we can attack his lines!

I’ve won six article plays in a row after another cash the last time out. And BTP is starting MLB Props season hot, going 18-6 (+12.2U) through the first few weeks — join us to get full slates of MLB props (plus NBA, PGA, UFC F1, and more!) alerted to your device.

Joel Embiid earned himself a top-three finish in the NBA’s MVP voting for the second consecutive year. However, the playoffs are a different animal, and facing Nick Nurse‘s Raptors squad is also an extraordinarily tough task.

On top of this, the All NBA center’s thumb injury is seriously bothering him. “I think I’m in a situation where I try to protect it,” he said this week. The Cameroonian native even went on to say he’s “not playing freely.”

His recent struggles against Toronto clearly point to a play on the under. The extreme slow-paced game flow and swarming defense from the Raptors should cause Embiid to struggle once more. And, he’s consistently failed to reach this mark throughout his playoff career.

Embiid has now faced the Raptors eight times this season. And, he’s hardly ever played at the level he’s capable of when facing off with Toronto. The Process has totaled 15 or fewer Rebounds + Assists in seven of eight contests against the Raptors this season.

The five-time All-Star is averaging just 14.1 R+A in his eight contests against Toronto this season. He’s also remained under this line in four straight games, where his R+A average has dropped to just 13.0 per game.

The series’ insanely slow pace of 91.3 possessions per 48 minutes is also a significant drop-off for Philly. The 76ers’ regular-season mark was 96.2, which means Embiid has five fewer possessions to potentially rack up rebounds and assists each game. He remained under the 15.5 mark in 9 of 15 games against the league’s five slowest teams in the regular season. But, this slow-pace effect is further amplified in the postseason.

The former third-overall draft selection has a spotty playoff history, and that may be generous. He sees his production drop from the regular season to the postseason as much as nearly any other NBA superstar.

In 12 career postseason matchups with the Raptors, Embiid cashed this under in 11 of the 12. And, he averaged just 12.9 R+A in these games.

Given this disappointing history for the 7-foot-1 giant, coupled with his thumb injury, the under is quite an enticing position for this evening.

Toronto will continue to double Embiid, deny him the ball, and force Philadelphia’s other contributors to burn them as much as possible. He hasn’t looked right in this series, and a massive game feels unlikely for Game 6 on the road.