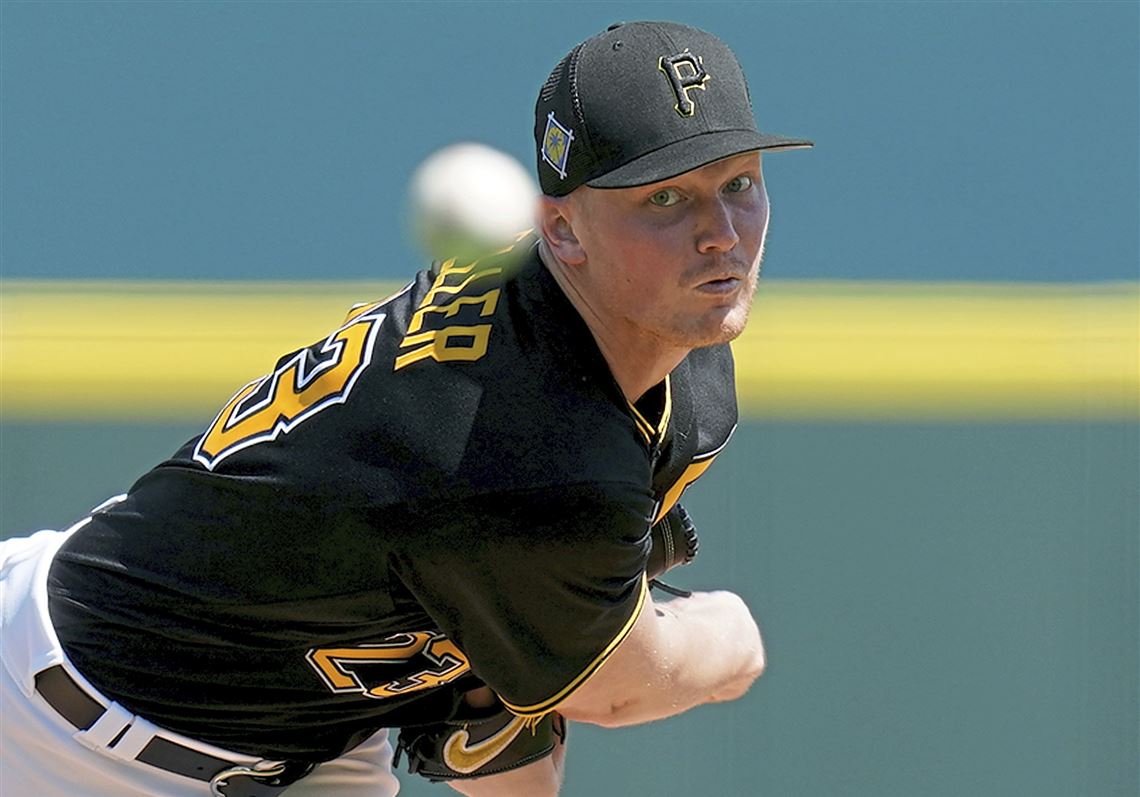 Mitch Keller is dealing to start the season, and he’s a value target today as we look to stay hot on MLB K props.

Betting overs is rare when it comes to K props, but when we do, it’s often on guys who are seeing an increase in pitch velocity that is not being reflected in the betting market. Let’s jump in on Mitch Keller.

Line notes: We released this to our subscribers at +122 this morning but still like it down to -125.

Keller’s fastball velocity is up a full 2.5 mph from last year, and his breaking stuff is all up 1-2 mph. His whiff rate is also up on those pitches. He’s dealing.

The early results didn’t reflect that, as he only hit 4 Ks in each of his first two starts. 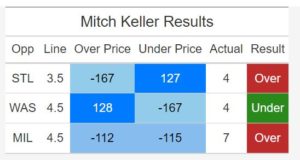 Let’s break down his starts:

It’s the Brewers again today, and they have the 7th-worst wRC+ vs RHP and the sixth-worst KRate.

They’re also one of the few teams that have forced more overs than unders from opposing pitchers in the early going, allowing 10 of the 14 starters (71%) they’ve faced to go over their closing K prop line. 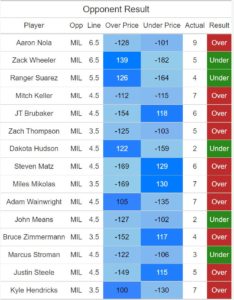 With Keller touching 99 on the gun this year he’s getting more whiffs than ever, but this line is lower than a lot of what he got back in 2021 when his stuff wasn’t nearly as good. It’s a nice buy now before he gets too pricey.