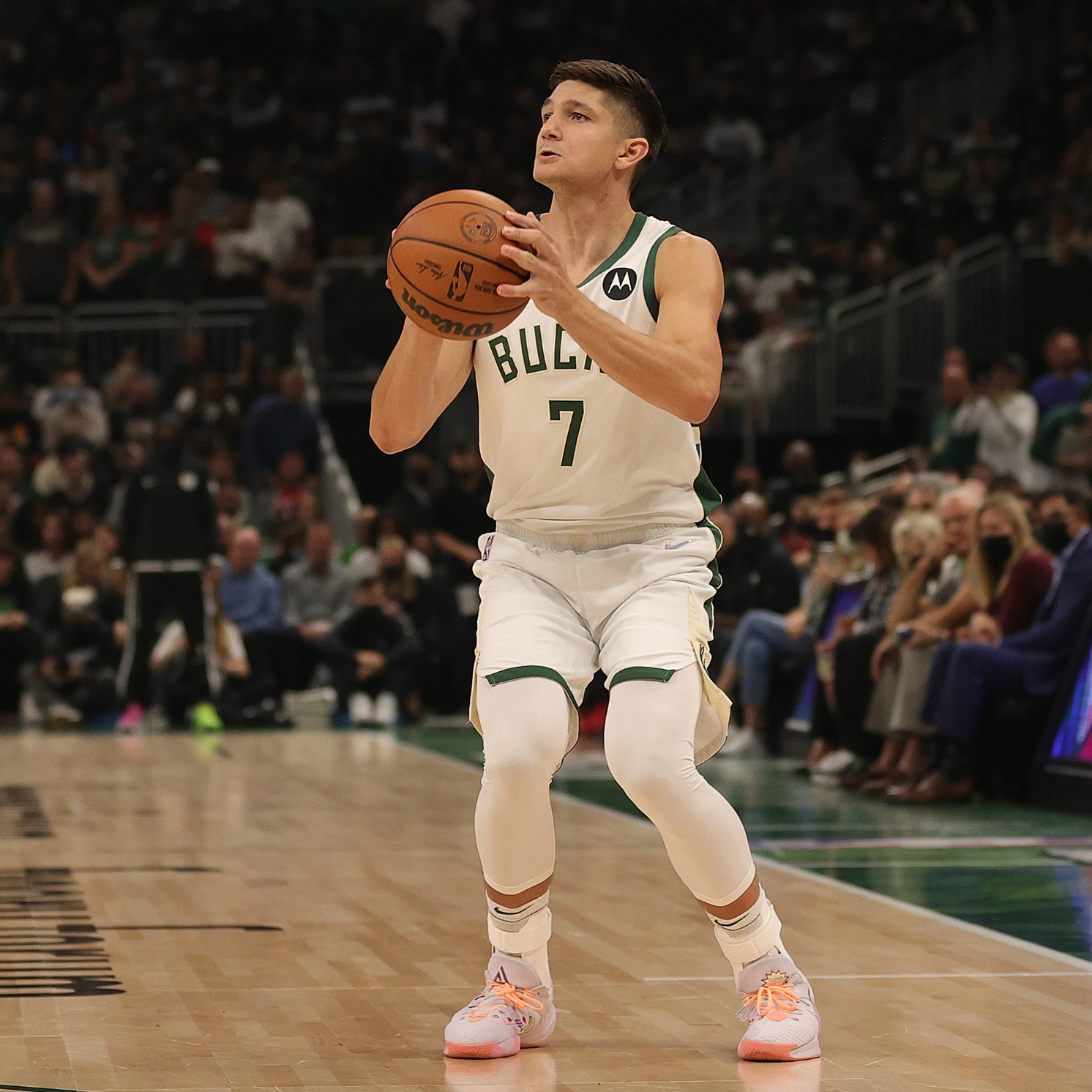 With the opening round of the 2022 NBA Postseason in the rear-view mirror, four second-round series lie ahead. The action begins with the Milwaukee Bucks and Boston Celtics, who will face each other in the postseason for the third time in the last five seasons. We’ll be diving into this matchup and bringing you the best of our NBA props for Sunday.

The Bucks will travel to Boston for the series’ preliminary game, as the Celtics own home-court advantage. This one tips off at 1:00 PM ET. Giannis Antetokounmpo will be the primary focus of Boston’s defensive schemes over the next week or two, as the two-time MVP has re-asserted himself as the league’s most dominant force come playoff time.

The hyperfocus that comes with defending Giannis will lead to plenty of high-quality three-point looks. We saw this last round as the Bucks hit 14.0 threes per game, good for 3rd-most of the 16 teams that participated in this year’s playoffs. And, in Khris Middleton‘s absence, Grayson Allen has been the shooter that’s stepped up most for Milwaukee. He’s been an important addition to the Bucks’ roster and is in a great position to succeed on Sunday afternoon.

I’ve won seven article plays in a row after another cash the last time out.

Meanwhile, BTP is up 12 units through the first few weeks of MLB K props — join us to get full slates of MLB props (plus NBA, PGA, UFC F1, and more!) alerted to your device.

Grayson Allen is thriving in an increased role in his first season in Milwaukee. After brief stints in Utah and Memphis to begin his career, Allen has improved every season and has quickly become a vital piece of the Bucks’ 2022 championship aspirations.

The fourth-year guard started his first 61 games with the team, but he’s recently moved to the bench in a Sixth Man role. The Bucks lean on Allen to provide instant offense as soon as he enters the game. He shot 40.9% from three in the 2021-22 campaign and has been a primary beneficiary of defenses collapsing on Giannis’ drives.

The Duke product has also enjoyed the sizable usage increase that has come with Middleton’s absence. Allen has quickly moved from an afterthought to one of Milwaukee’s top four scoring options with the 3-time All-Star on the sidelines.

Grayson Allen sees a significant bump in production without Middleton. His splits with and without the dynamic wing scorer speak volumes about how much his offensive role changes when he’s not in the lineup. He totaled only 0 and 3 points in Middleton’s two first-round appearances, but he dropped 22, 27, and 13 points in the three games following Middleton’s knee injury. This was far from a coincidence.

Allen sees a noticeable bump in scoring production across the board when Milwaukee is missing its second option. His Usage Rate even jumps from 13.9% to 20.4% without Middleton, a 6.5% increase that is a huge indicator of the team’s increased offensive reliance on him.

The 26-year-old guard performs best when he sees the usage boost in Middleton’s absence, yet also reaps the rewards of playing alongside Giannis and Jrue Holiday. Allen has appeared in 10 games without Middleton, but with the other two stars. And, his numbers have not disappointed in these games.

Allen cleared his 10.5-point over/under in 9 of these 10 games. And, his only miss came in a game where Milwaukee won by 28 points and he did not attempt a three. The chances of either of those outcomes becoming true on Sunday afternoon are next to zero.

The key factor for this play is Allen’s volume. He took at least 10 shots in 9 of these 10 games, averaging 11.6 FGA in this sample. If he gets 10-plus shots up in Boston in Game 1, he has a terrific chance to put up some points. He’s scored over 10.5 points in 23 of 28 games when his field goal attempts have reached double-digits this season, averaging 16.0 PPG in these games.

The Celtics were the NBA’s best defense this season. Obviously, this may be a cause for concern for an over on the points line of any Bucks player. However, Allen’s role and past performances against Boston should ease these concerns.

Boston’s primary focus will be Giannis. Yes, they play unbelievable team defense, but, there isn’t a single human being on the planet that can contain the reigning Finals MVP by themselves. When the C’s sell out to stop the Greek superstar, Allen should be the number one beneficiary via open looks on corner and wing threes. He’s shooting an incredible 47.2% on corner threes this season, so he’ll certainly make Boston pay the price if he’s ever left alone.

Allen also burned the Celtics in his only meeting against them without Middleton. He dropped 21 points, shot 5/9 from three, and posted a lofty 25.8% Usage Rate. He should be in line for more of the same today.

Expect Boston to send double teams and countless defenders at Giannis all game long. Look for Allen to benefit from the attention on the superstar, especially in his increased role for the Middleton-less Bucks.

Enjoy playing these NBA Props for Sunday and join us for the rest of the NBA playoffs!