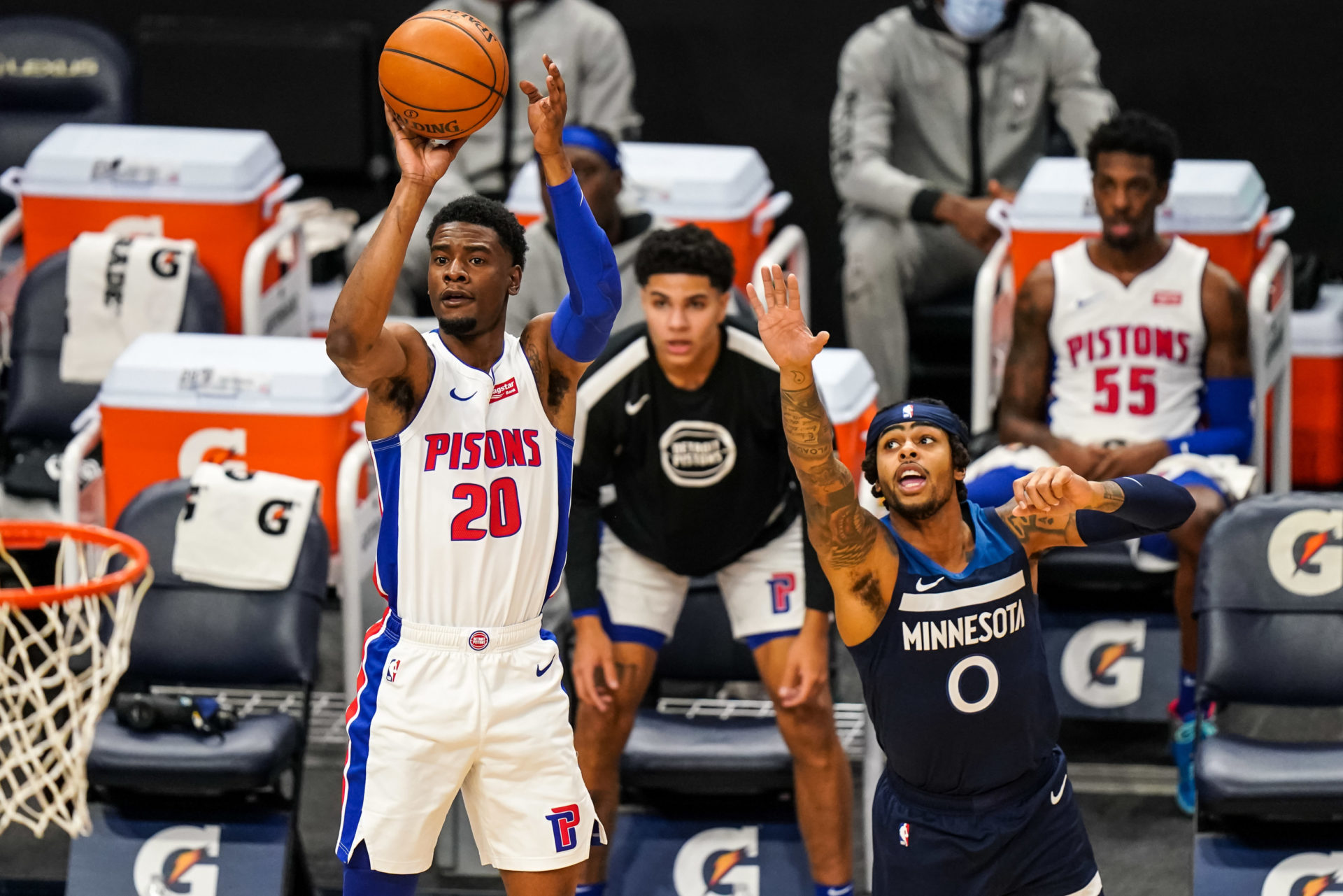 I’m excited to be back with more free NBA props after a weekend that saw Lebron James return to the court and make headlines for all wrong reasons. We’ve got a competitive slate of NBA action tonight which is lacking any double-digit favorites for a change.

We hit some spicy unders last week, including the last time out, and I’ve got another one teed up tonight. Jackson has been a reclamation projection for the Pistons, but I believe he’ll find the sledding tough against the Magic tonight.

Jackson has had an interesting start to his NBA career. The former fourth-overall pick has gone from making the All-NBA Second Team as a rookie to playing the majority of last season in the G-League and looking like a possible bust.

He’s back in the big leagues playing meaningful minutes and has shown signs that he can possibly become a solid rotational player. I love a good comeback story, but I think we can put that on hold for tonight.

The Pistons are in full tank mode and Jackson has essentially been given a green light in their offense. Despite the increase in playing time Jackson’s numbers as a starter barely differ from his averages as a reserve.

He’s certainly benefitted from playing the majority of his minutes against opposing teams’ second units.

Since becoming the focal point of the offense, the former Kansas Jayhawk has received quite a bit more defensive attention. Despite averaging nearly 30 minutes over his last 7 games, Jackson has only eclipsed this total once while averaging 21.2 PRA over the same span while shooting just 40.9% from the field.

Jackson will face an Orlando Magic team that’s been playing solid basketball lately especially on the defensive end. The Magic rank second in Defensive Efficiency over their last three games and have held their opponents to just 40.1% shooting from the field, the lowest percentage over that same span.

While it’s unlikely the Magic have morphed into an elite defensive unit overnight, they’ve certainly improved and I believe that has a lot to do with the addition of Gary Harris. Harris was acquired at the trade deadline in the deal that sent Aaron Gordon to the Nuggets. He’s dealt with a myriad of injuries in his career that have kept, but he is an elite perimeter defender when healthy and will likely be tasked with guarding Jackson tonight.

In a game with a paltry 211 point total, I expect an ugly low-scoring game between two offenses that struggle to put up points. I have Jackson projected to pile up 23 PRA and think he’s a fine fade tonight.