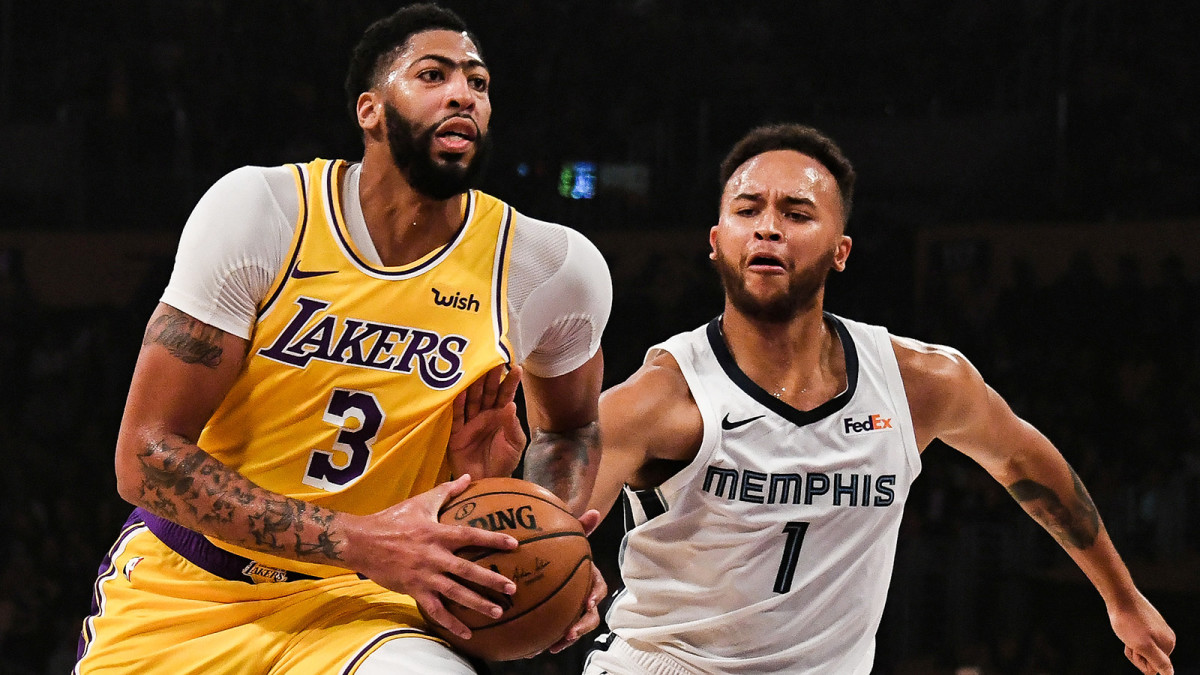 Our NBA props for Tuesday (11/5) come from a fun six-game slate with more action than usual for such a short slate.

Anthony Davis going home to face a Chicago Bulls team lacking the manpower to stop him, and that’s where we begin tonight. We’ll also check in on double-double machine Cody Zeller, as well as player props on Gordon Hayward and the Celtics Kemba Walker

My NBA card went 2-1 last night, so let’s make it two winning nights in a row.

Davis is going home to Chicago where he has a history of beating up on Lauri Markkanen. In his last three games against Markkanen, the hometown boy has averaged 31 points per game.

Davis has elite usage with the Lakers so far this year, averaging 28.5 points per game on 20.3 shot attempts, with his lowest point total coming in at a solid 25 points.

The oddsmakers have given us a surprisingly low line here, especially considering:

Given AD’s success against Markkanen, his insane shot attempts, the Bulls’ inability to guard the Power Forward spot, there isn’t a better play on the board tonight.

Zeller has been a double-double demon so far this year, achieving the benchmark in his first four games before playing a season-low 20 minutes and recording “just” eight rebounds against the Golden State Warriors Saturday Night.

He’d been averaging 31.5 minutes per game before that one. But playing their fourth-straight road game and easily winning, the Hornets cut back on his minutes.

Now Zeller gets a tasty matchup against the Indian Pacers and his minutes will be back to normal tonight.

The Indiana product is averaging 14 points and 12.4 rebounds a game, and the Pacers’ two best big men, Myles Turner and Domantas Sabonis, are currently questionable for this matchup. Even if they do play, the Pacers give up 19.4 rebounds per game to opposing Centers, 29th in the league.

The Pacers also give up 24.6 points per game to opposing centers.

Zeller is in the perfect spot to start a new double-double streak tonight and has one of the most positive matchups he will get all season.

Editor’s note: If you like these free NBA props for Tuesday, be sure to check out our NFL props package as well!

Gordon Hayward is starting to play like himself again after returning from his gruesome injury on opening night two years ago.

He’s averaging 7.6 rebounds through five games this season. Jaylen Brown is scheduled to miss another game which forces the Celtics to play a little smaller, inserting Marcus Smart into the starting lineup. In the last two games where Brown has missed, Hayward grabbed nine and 10 rebounds.

Brown being off the court will thrust Hayward into more minutes — he’s averaging 36.5 without Brown in the lineup.

The Cleveland Cavaliers will start Cedi Osman at Small Forward, who will be given the task of stopping Hayward. Through six games so far this year Osman has allowed opposing Small Forwards to grab 9.2 rebounds per game.

Hayward’s season-low rebounding game happened game 1 of the year where he grabbed five. The matchup, and Hayward’s recent success on the boards with Brown out of the lineup, make him grabbing six boards a solid bet.

It is Kemba Walker night!

As mentioned, Jaylen Brown will be out tonight’s game. When Jaylen Brown is off the court, Walker is averaging 1.22 more points per minute and has a very high usage rate of 31.95. He’s averaged 32.5 points, 6 rebounds, and 5.5 assists his last two games when Brown has missed, easily putting him in play tonight.

Walker started the season off slow with the Celtics, averaging 17 points per game through two. However, over his last three, he’s scored 32, 32, and 33 points. Walker has quickly realized that the Celtics need him to be the scorer on this team.

Facing the Cavs, he also has the best matchup among Point Guards tonight.