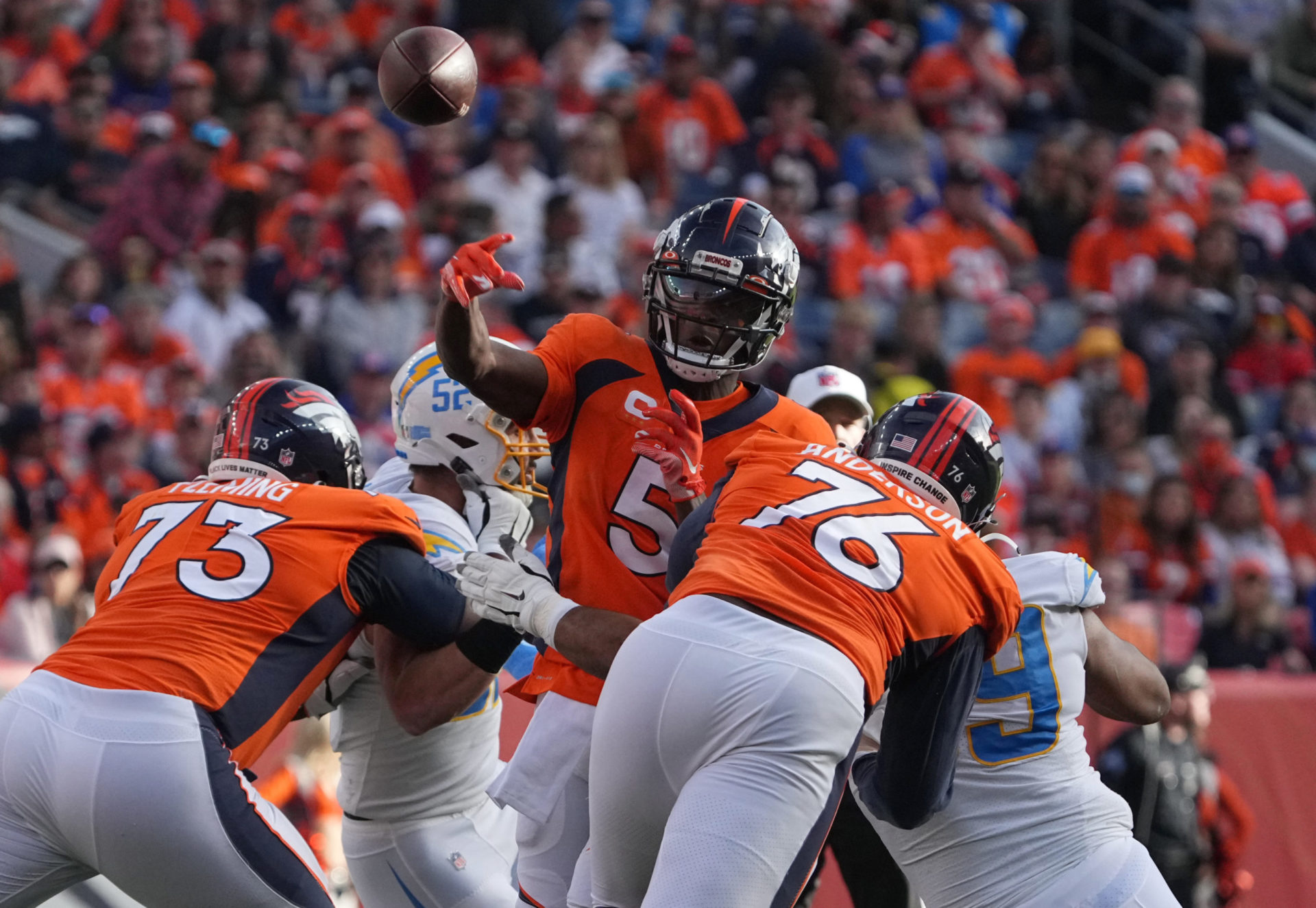 A few weeks ago, this game would have offered more intrigue — the Broncos were on the up-and-up while the Chiefs were in total free-fall.

Since then, Chiefs have won four straight behind an improved defense, while the Broncos have dropped to last place in the AFC West.

As such, the Chiefs are laying almost double digits on Sunday night. But our team is focused on the prop market, and we’ve identified two SNF Props for Broncos Chiefs that provide value. We’ll start with a look at Teddy Bridgewater’s passing line before breaking down a correlated play on Courtland Sutton’s receiving line.

Let’s dive into our favorite props for this week’s edition of Sunday Night Football.

Teddy Bridgewater has been one of the most efficient quarterbacks in the NFL, currently ranking second in completion percentage over expected + EPA per play composite. 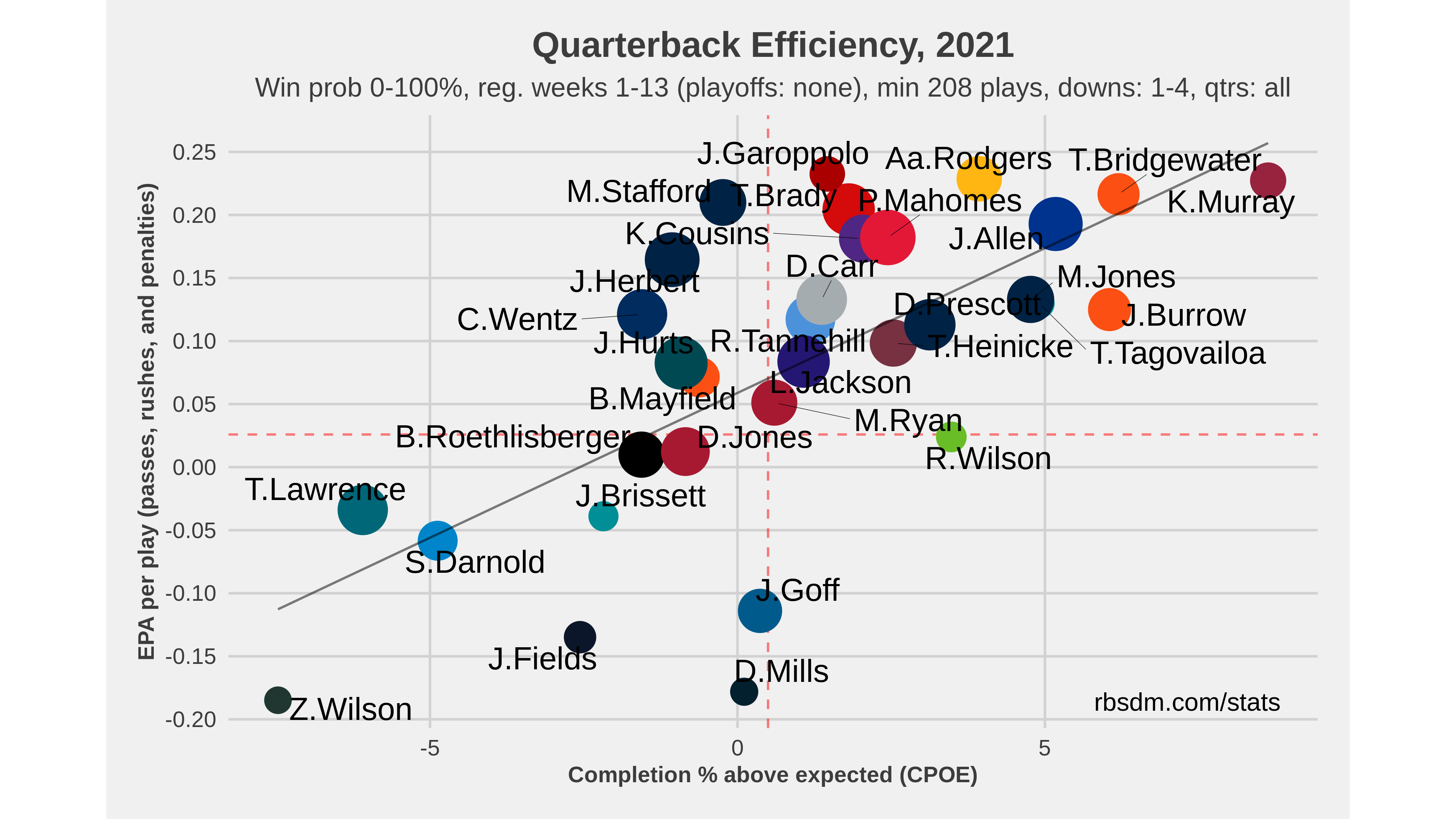 However, just because he’s been efficient doesn’t mean he’s compiled the counting stats. Bridgewater’s hit this line in just five of his 12 starts this season but in only one of his last six. During that time, Bridgewater’s compiled:

For you math nerds, that’s an average of just 199 pass yards per game.

On props, he’s gone under his closing line 63% of the time this year, while the Chiefs are holding opposing QBs under their passing line at a 55% rate.

The Broncos are also +9.5 underdogs here, and Bet the Prop’s historical research has shown that QBs who are big dogs have gone under their passing line 60.9% of the time.

The projection market has Bridgewater closer to 237.5 pass yards in this matchup, giving us plenty of value on the under 247.5 number DraftKings is offering.

Jerry Jeudy is clearly the most talented receiver on the Denver catching corps. But when he was injured — between weeks 2 and 7 this season — Cortland Sutton took over. Sutton’s season-long target market share has hovered around 19%, but it jumped to 26% during the six weeks Jeudy was out.

But, with Jeudy back in, Sutton’s target share has dropped precipitously. Since Jeudy got healthy, Sutton has recorded just: 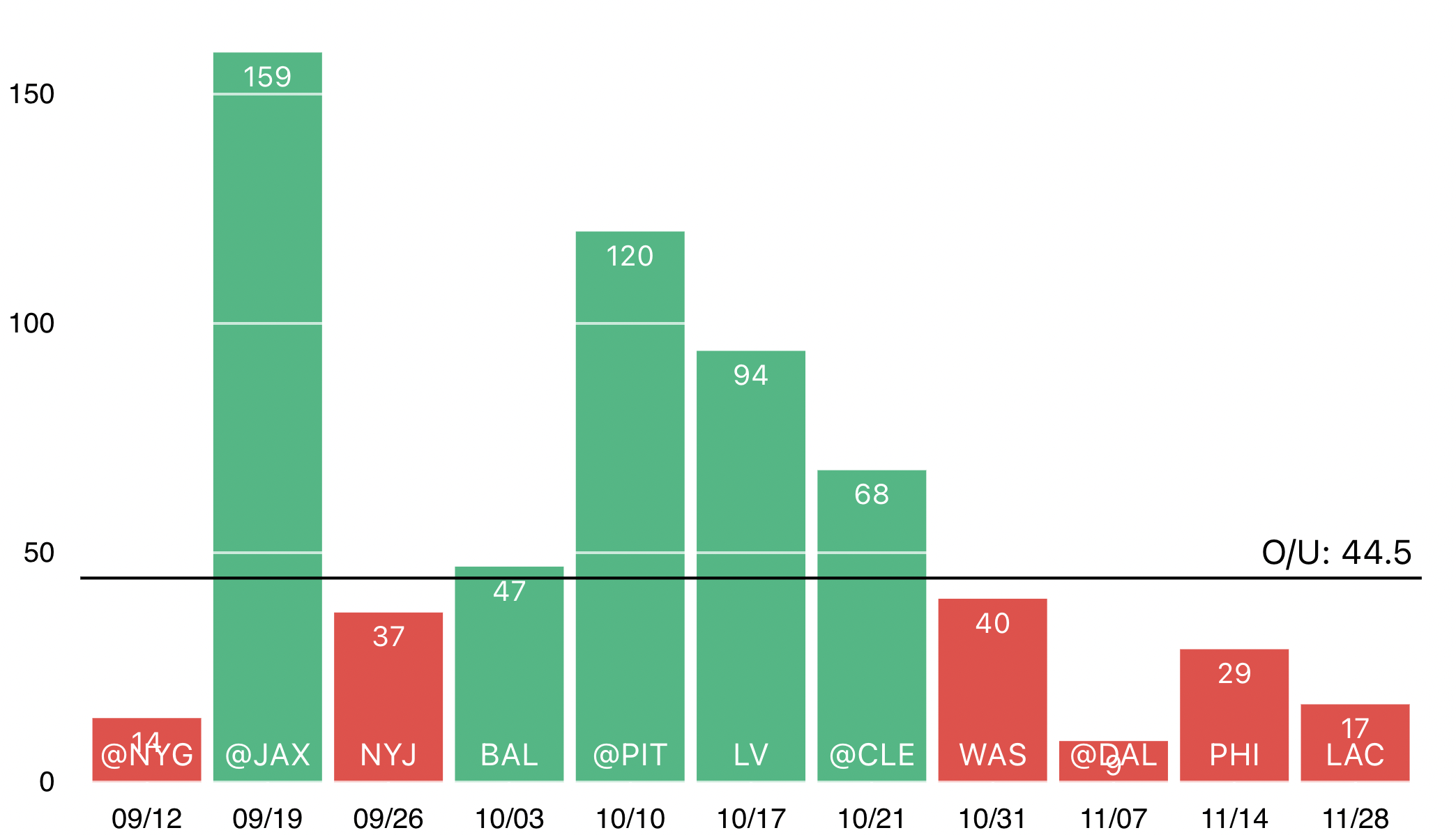 Plus, this line has even more value considering how low our team is on Bridgewater. The projection market has Sutton recording closer to 43 receiving yards on Sunday night, meaning there’s still some value at the current line.