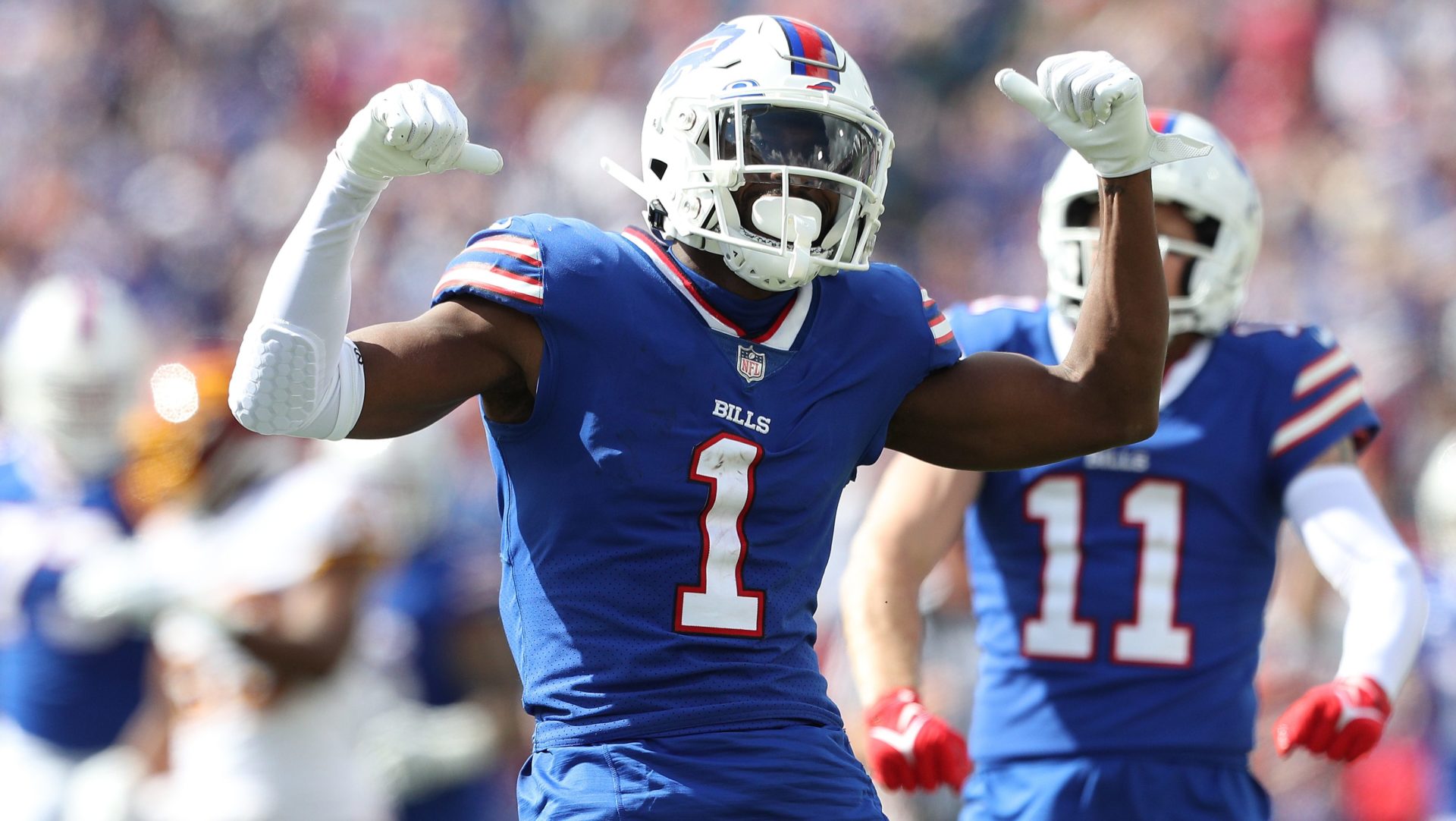 We’re staring down the barrel of the first big weather spot of the year as we break down one of our best MNF props for Bills Patriots.

While the forecast has improved slightly since yesterday, the elements are still likely to be a significant factor in Buffalo tonight, and we’re looking to fade pieces of the passing game as a result — first and foremost, Emmanuel Sanders.

We went 1-1 on our SNF picks last night, and we’re looking to build on our 60% record on NFL props on the year.

Join us here to get full weekly slates of NFL props delivered to your device, including our NBA props, which are hitting 61%.

The magic number when it comes to the wind in the NFL is 20 mph. The data show that anything below that doesn’t really factor into the passing games, while anything above it can affect the air game, particularly on longer passes.

Expect that to influence all facets of the passing game – but the deep game in particular – and that means we’re looking at a guy like Manny Sanders.

The NFL journeyman operates as the clear deep threat in this offense. His average depth of target (aDOT) of 16 yards this year is by far the deepest on the team.

That means Sanders’ deeper targets are the most likely to be affected by the considerable conditions tonight.

Alright now that I’m done playing weatherman for a moment, let’s examine a few of the football factors on this play, because even under perfect conditions, there’s a strong case to be made for the under here.

Sanders is 34-years old, well past his prime, and has gone under this number in four of five games since their Week 7 bye. 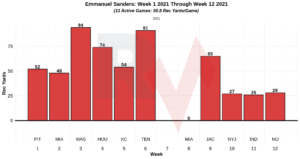 One of the reasons for his drop-off in production is a healthier and busier cast of pass-catchers around him. Dawson Knox is back and commanding targets, while Cole Beasley is busier since the bye, and Stefon Diggs is always dominant with a 25% target share on the year.

The BIlls have also added RB Matt Breida to the fold, and he’s soaked up seven targets over the last three weeks.

It’s hurt Sanders the most. His target share has gone from 18% over the first six weeks to 12% in the five weeks since the bye.

Weather aside, there’s a good case to be made for a Sanders under here. However, we expect the weather to be very much a factor tonight, and historical data shows it hurts deep-threats like Sanders the most.