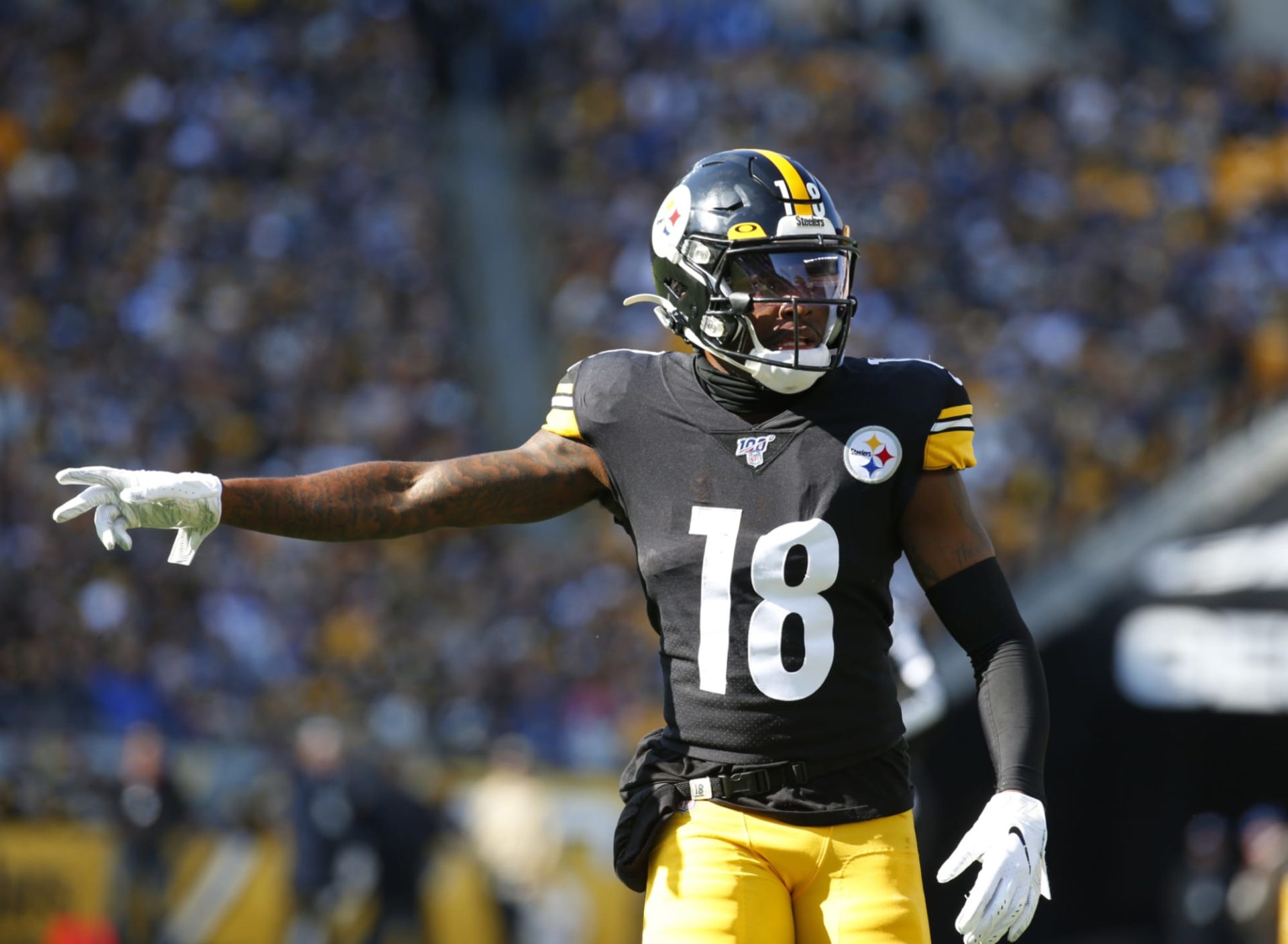 Steelers target-machine Dionate Johnson takes center stage as we break down one of our favorite MNF props for Steelers Vikings.

Pittsburgh’s go-to receiver is commanding looks at an elite level this year, and there’s no reason to think that stops tonight against a beatable Vikings secondary.

We’re coming off another win on MNF.

With a 60.2% win rate this year, we’re on target for our third consecutive season of hitting over 60% on NFL props, while our NBA props are hitting at 61% this year — join us here to get all our picks alerted to your device.

Let’s jump in and kick off Week 14 on a profitable note.

Note: We released this at -113 for our subscribers this morning but still like it to -130. Join in the link above to ensure you’re always getting the best price.

The third-year man out of Toledo has hit this number in four straight and seven of 11 games this year, with all of the misses coming against teams that either play very slowly (CLE CHI), or who boast stingy secondaries (BUF DEN). 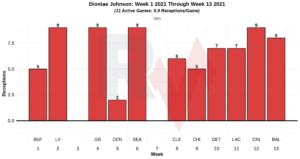 The Vikings are neither of those — their opponents are top 10 in plays run (66 per 60 minutes), while allowing the 10th-most catches to opposing WRs.

Johnson has been an absolute monster. If we assume targets are are earned (they are), he belongs in the discussion as one of the game’s elite WRs:

Johnson has commanded double-digit targets in nine of 11 games this year, and with the Steelers being somewhat shorthanded, there’s a solid chance Ben Roethlisberger makes it 10 tonight.

Chase Claypool is battling a bad case of turf toe and was limited to just 64% of snaps last week. Eric Ebron and Juju Smith-Schuster remain out, and we’ve consistently seen teams go easy on their workhorse RBs on short weeks like this, so it’s possible than Najee Harris accrues something less than his usual monster workload. 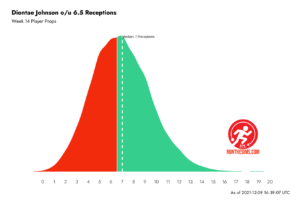 With their season hanging in the balance, there are indications that the 6-5-1 Steelers are undergoing an offensive shift.

Over the last two weeks, they’ve run a much faster offense:

The Steelers also slightly pass-heavier with a 66% pass rate in the last two weeks compared to their 64% pass rate the rest of the season.

With such an elite target share, any shift towards a faster offense can only improve Johnson’s already-impressive statistical output. And in a must-win matchup against a beatable secondary, we like his chances of getting there tonight.