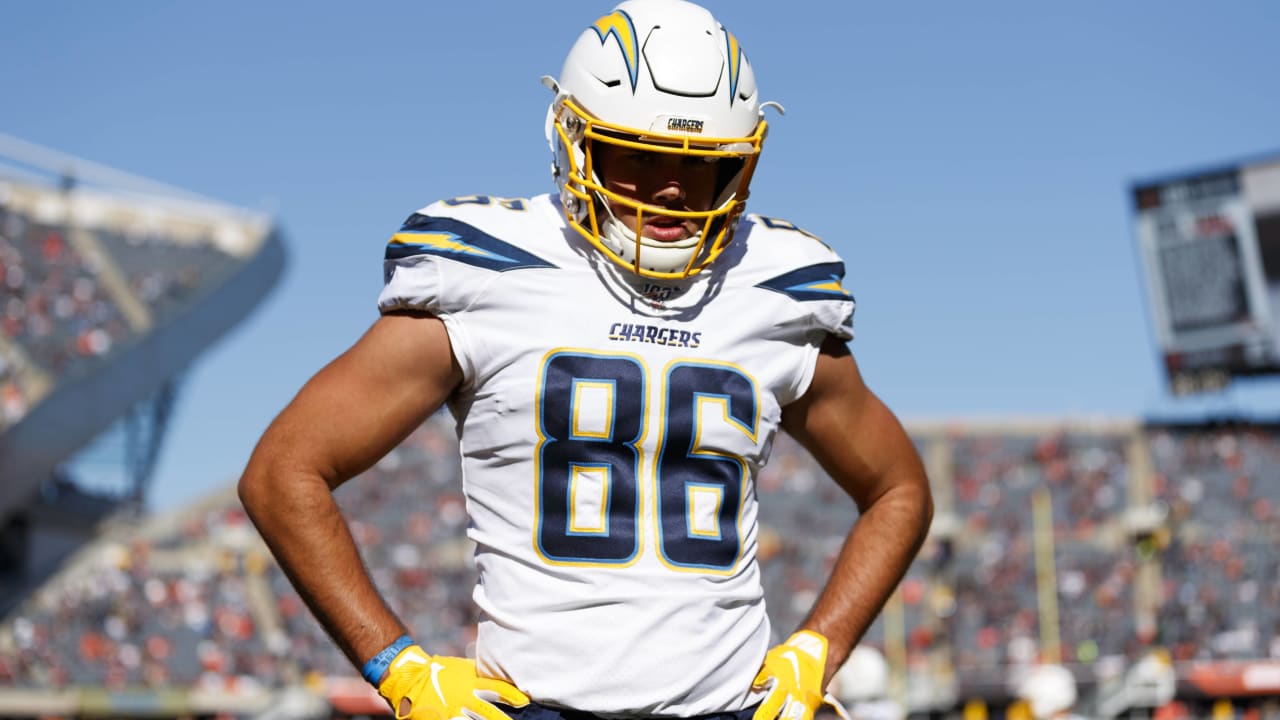 A look at just the best Saints Chargers props will have to do after we lost what would’ve been another fun MNF doubleheader when the Patriots Broncos game was postponed.

Justin Herbert has been confirmed as the Chargers starting QB going forward, which is probably a sideways move as far as Henry’s production. What might help him more is a few extra targets vacated by the injured Austin Ekeler, who typically commands six looks or more per game.

That, and a Saints defense that has been more than accomodating to opposing TEs.

We’re on a free-play heater — five in a row after another win at +126 last night. Let’s jump in and stay hot.

Note: We locked this in at 47.5 yards on opening for our clients, but it’s still playable to 52.5 yards. If you love getting CLV and the best line, our community is the right one for you. We watch prop markets 24/7 to make sure our clients always get the best look.

Speaking of heaters, Henry has been on one to start the season. He ranked fifth in TE targets after Week 3 with 7.7/game, clearing 50 yards in all of them, before taking a step back last week. 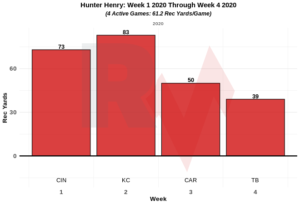 But that road bump came against the elite Buccaneers defense, and Henry still managed 39 yards on just 3 targets, so we’ll cut him some slack. Efficiency has never been the issue for the fourth-year man out of Arkansas, only health.

When he’s right, he’s always near the top of the efficiency metrics, and this year is no different.

Enter the Saints and their sorry TE defense.

The average NFL defense allows 50.6 yards per game to opposing TEs in 2020. The Saints? They’ve allowed 82.5 yards, second-most behind only the Bills.

Their defense seems to be set up to force opponents to funnel targets through the TE position — 32% of the Saints opposition’s targets are sent to the TE, by far the highest mark in the league.

They made a household name out of Packers TE Robert Tonyan last week (5-50), and Henry is more than capable of ripping off some similar gains and making this a mostly sweat-free affair.

While we should acknowledge that matchup isn’t everything and that Henry still has plenty of duds in his outcomes, this is a pretty obvious spot for a potential blow up.

Look for Henry to command at least six targets and cash this one for us sometime in the third quarter.