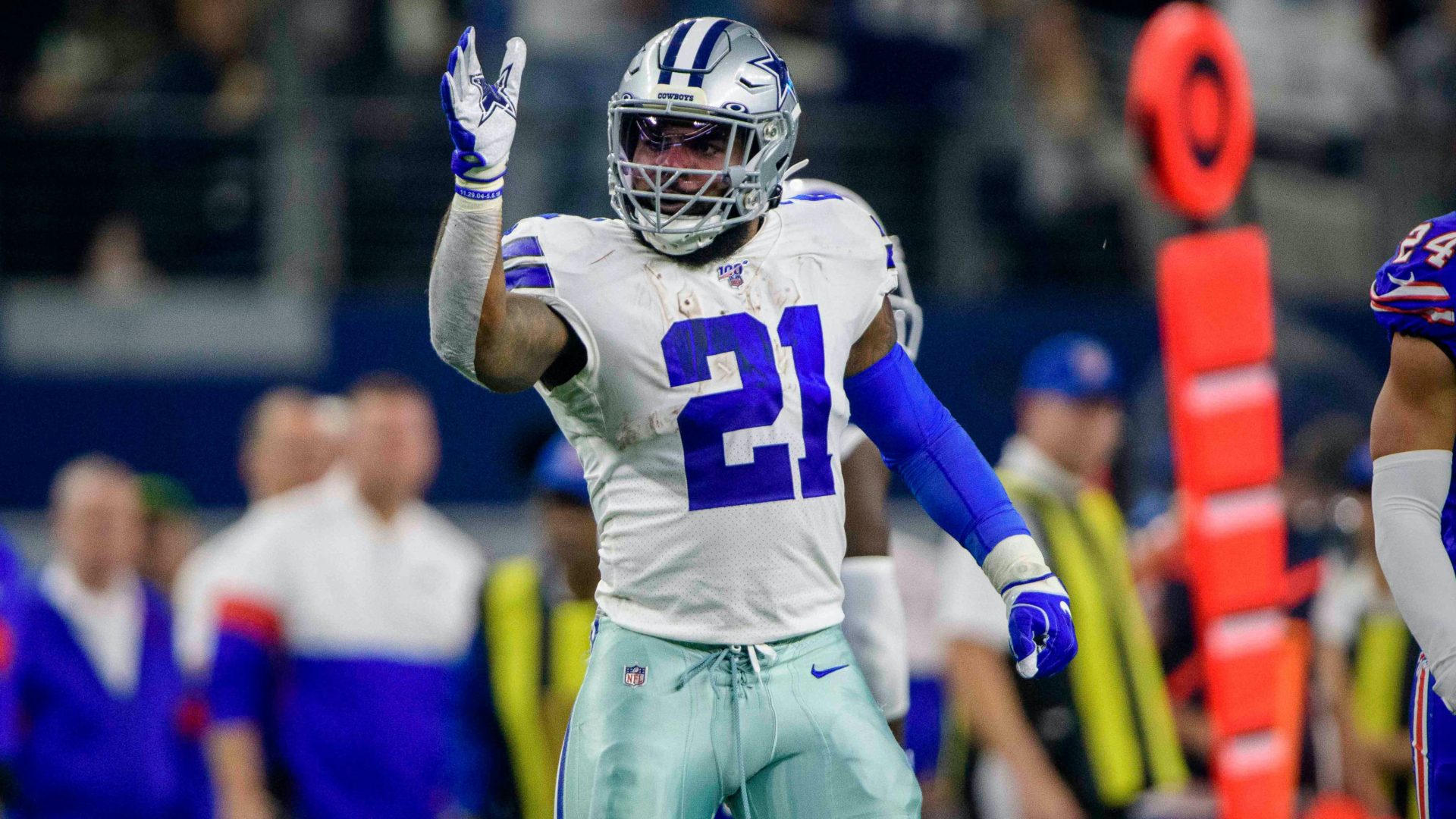 The 2-4-1 Eagles look like the best team in the NFC East. Entering the season, Dallas had one of the best rosters in the league on paper, but that’s why they play the games. The Cowboys defense couldn’t stop a cold, but their potent offense kept games competitive for the first few weeks.

That’s no longer the case. Dak Prescott is done for the year after a gruesome leg injury, and Andy Dalton is expected to miss some time after getting cheap-shotted in a blowout loss last week.

That means Ben DiNucci – a seventh-round rookie out of James Madison – will be the QB for America’s Team in primetime in Week 8. Carson Wentz’s Eagles have been far from good, but it’s going to be tough for the Cowboys to keep this one competitive.

We missed last Sunday Night’s prop but made up for it with wins on MNF & TNF this week, so let’s stay hot with this feature prop for SNF.

Editor’s note: We locked this in on Saturday at U70.5 Rushing Yards, but still like it at this U67.5 number. If you’re the kind of bettor who wants every yard and cent of value, we’re the betting service for you.

As we learned this offseason, it’s dangerous to put too much stock into projected game script because linemakers and the general betting public seem to over-correct for it.

Still, we’ve seen Elliott get phased out over the last two weeks when the Cowboys got behind. Dallas has lost by at least 22 points in each of their last two games, and their star tailback recorded just 12 carries both weeks.

It will be difficult for Elliott to get even close to meeting his rushing yards line if that trend continues. Plus, even RBs on heavy underdogs go under their rushing yards line 55.4% of the time, so it’s still a good bet if you follow the macro trends (and it gets even better if you look at RBs on road teams). At -110 odds, we only need to win 52.4% of the time to break even, so this type of bet is +EV in the long run.

Elliott has gone under this line in four out of his seven games this year – and all three overs came with Prescott under center. 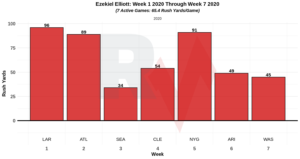 This would be a more reasonable line if Dalton were healthy, but it’s hard to imagine the Cowboys getting anything going on offense with a seventh-round rookie making his first professional start. Maybe DiNucci proves me wrong, but it’s a much safer bet to fade the low-capital rookie in his first full game.

Our aggregate of projections have Elliott slightly over this line at 71.4 average yards, but two of the three sources we use have him going under. This one isn’t as appealing as some of our previous bets if you only go by the projections, but it still looks really good if you dig deeper into how we can expect this game to go.

This game could get ugly quick.

Expect the Cowboys to be chucking it in the second half to try to catch up, meaning Elliott won’t be able to rack up yards on the ground. Plus, he’s gone under this line in the majority of games this year, so the ineptitude of the Cowboys’ offense is just the cherry on top.