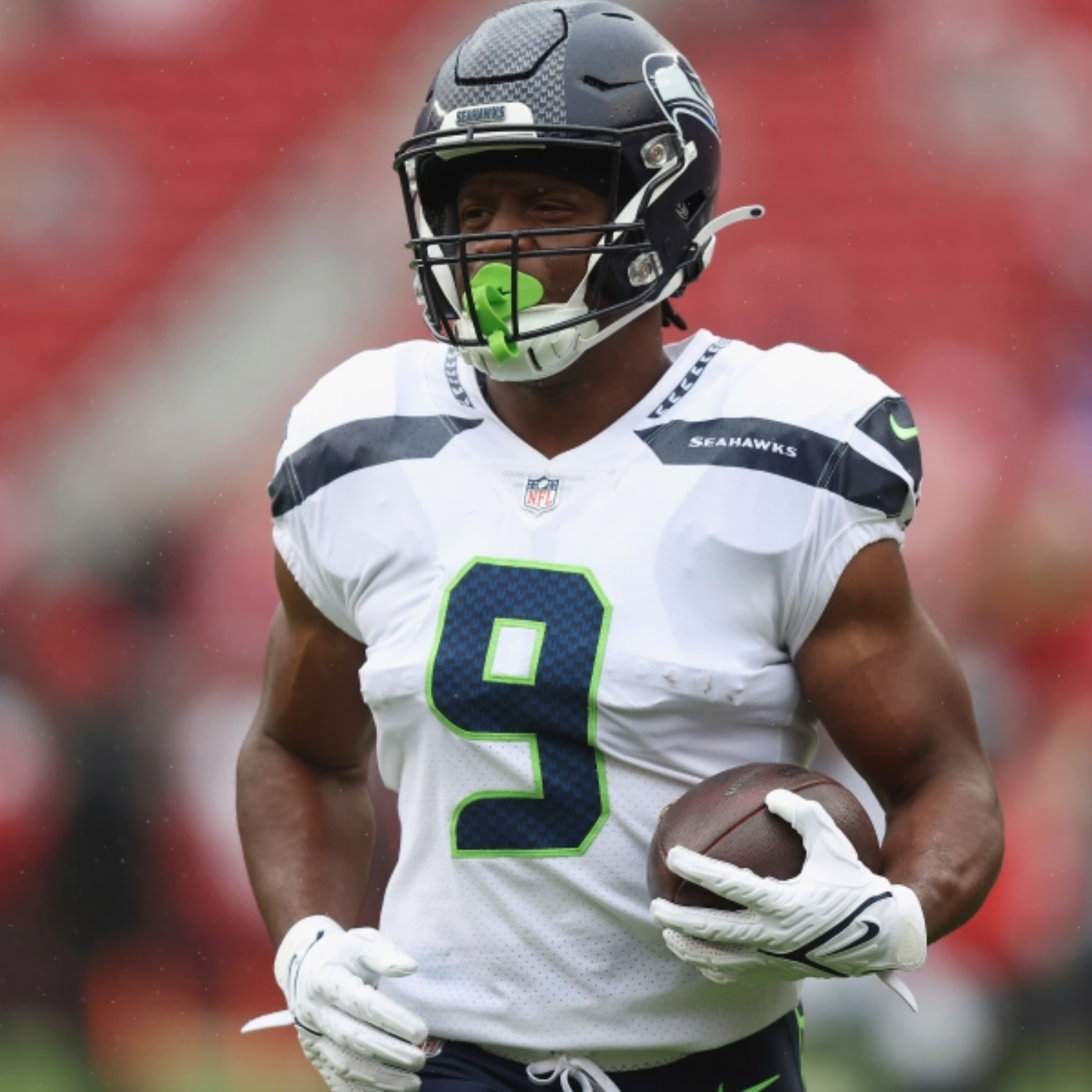 The Seattle Seahawks are hosting the San Francisco 49ers — kickoff is at 8:15 ET. Seattle, sitting at 7-6, desperately needs to get back on track before tackling a brutal schedule over their final four games. Meanwhile, the Niners have won six straight games and have an opportunity to secure the NFC’s #2 seed if they continue winning.

Kenneth Walker III returns tonight from a one-game absence due to an ankle injury. Regardless of whether or not he’s fully healthy, he’s going to have his hands full against San Francisco. The Niners stop the run as well as anyone and should be able to contain the rookie runner in this contest.

Kenneth Walker III has a tough road ahead against the San Francisco 49ers tonight. The rookie RB struggled in the two games prior to the ankle injury that held him out last week.

There’s a high likelihood we see fewer carries and fewer snaps tonight than in his previous stint as Seattle’s lead runner. And, with Seattle entering as 3.5-point underdogs, a negative game script could work against Walker, too.

First and foremost, let’s dig into the matchup against San Francisco. The Niners are allowing just 15.2 points per game in 2022, good for the 1st-ranked scoring defense in football. This is largely on the back of what is arguably the league’s best defensive front, led by Nick Bosa and Fred Warner.

Here’s how the 49ers have fared against the run this season:

So, teams are running the ball less against the Niners than against almost anyone else. And, the run game is less efficient than against any other opponent. That’s a bad recipe for Walker’s outlook tonight. And, it’s not hard to see why this is the 2nd-ranked run defense by Expected Points contributed this season.

Since Week 7, the Niners’ run defense has reached new heights and has been a key component to their active six-game win streak.

Eight players have seen more than 5 carries against SF since Week 7. Last Sunday, Rachaad White became the first one to hit the 50-yard mark on the ground. Teams are running the ball only 18.7 times per game during this stretch, good for the fewest in the NFL.

There’s not much volume to go around Seattle’s backfield in this one, and it’s unlikely Ken Walker sees his pre-injury workload tonight.

On top of playing a Niners defense that is somehow yet to allow a single 60-yard rusher this season, Walker may not be fully healthy.

When asked about the injury a week ago, head coach Pete Carroll said Walker has “a strain in a particular part of his foot.” Pete then went on to say “It’s an unusual injury. I’ve never heard of this.”

I’m not a doctor, but that doesn’t sound super positive. It wouldn’t come as a shock if the Michigan State product shared some touches with backfield mate Travis Homer tonight. Homer played 91% of the snaps last week and can help ease the load on the rookie in his return to action.

In all fairness, It’s not like the 22-year-old was lighting the world on fire leading up to his one-game absence. He posted negative Rushing Yards over Expected in each of his last four full games. And, he amassed just 43 rushing yards in his final two full games.

KW3 probably needs at least 13-15 carries to reach the 50-yard mark in this matchup, and that type of volume is far from a sure thing.

Walker had a hard time producing before his one-week absence, and now he has to go up against the best run-stopping unit in football. In a game where Seattle is expected to play from behind, this does not project as an explosion spot for the rookie running back.

Enjoy playing tonight’s Thursday Night Football Props and Join us for the rest of the NFL season!