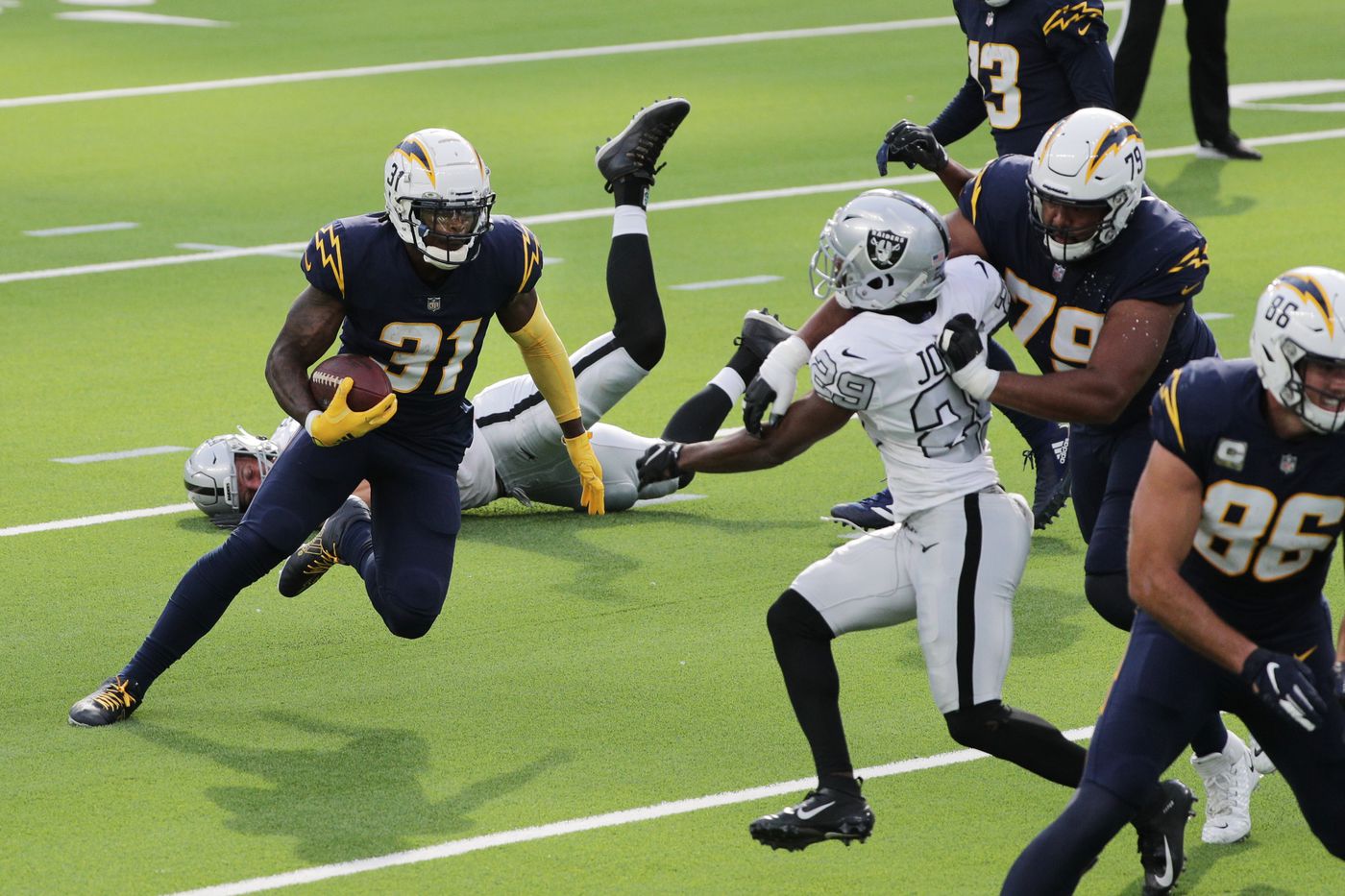 Oddsmakers project a point-filled affair as we look at the best Raiders Chargers props for tonight — Las Vegas is implied to score 29 and Los Angeles 26.

Guys like Keenan Allen, Austin Ekeler, and Mike Williams are primed for big games against a reeling Raiders defense, but the problem is all of those guys have also been slapped with questionable tags, while playing on a short week.

We’re coming off primetime wins on SNF and MNF, so let’s stay hot.

Ekeler is expected to play, though it’s notable that a quad issue had him limited in each of the last two practices. It’s probably no big deal, but it was enough to get me off of any Ekeler overs and on to this Ballage play instead.

The Chargers have had no qualms feeding Ballage the ball; he was used as a workhorse when Ekeler was out, and he’s had seven attempts in each of the last two games with Ekeler active. 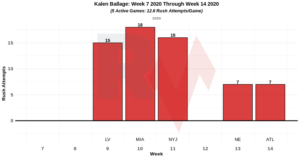 Considering the short week and Ekeler’s limited practice status, six or seven carries looks like a safe floor for Ballage.

He isn’t exactly an efficiency superstar, but even at his mediocre 3.7 YPC, he only needs 4.6 rush attempts to eclipse 17 yards.

Could there be more volume in the works? Take it for what it’s worth, but the NFL Network’s Tom Pelissero is reporting that Allen and Williams are both true game-time decisions. I wouldn’t count on it, but anything we get there is a bonus.

#Chargers RB Austin Ekeler (quadriceps) is expected to play tonight against the #Raiders, while WRs Keenan Allen (hamstring) and Mike Williams (back) are true game-time decisions, per sources. Both receivers were sore Sunday and the short week doesn’t help.

Ballage has an accommodating foe in the Raiders, who are allowing 5.0 YPC to opposing RBs, the second-worst mark in football, and it’s only getting worse.

Four defensive starters are now confirmed out for the Raiders, who also fired their defensive coordinator this week after they were touched up for 38 points per game over the last month.

The Chargers handed Ballage a workhorse role when these teams met in Week 9, and he looked solid on the way to 69 yards on 15 carries (4.6 YPC).

Six carries of Ballage against a reeling Raiders defense should be enough to get us over.

Between pace, injuries, and the matchup, there are plenty of angles to like, but at the end of the day, it’s all about the number. If this were at 19.5, we’d pass, but 16.5 is too low.