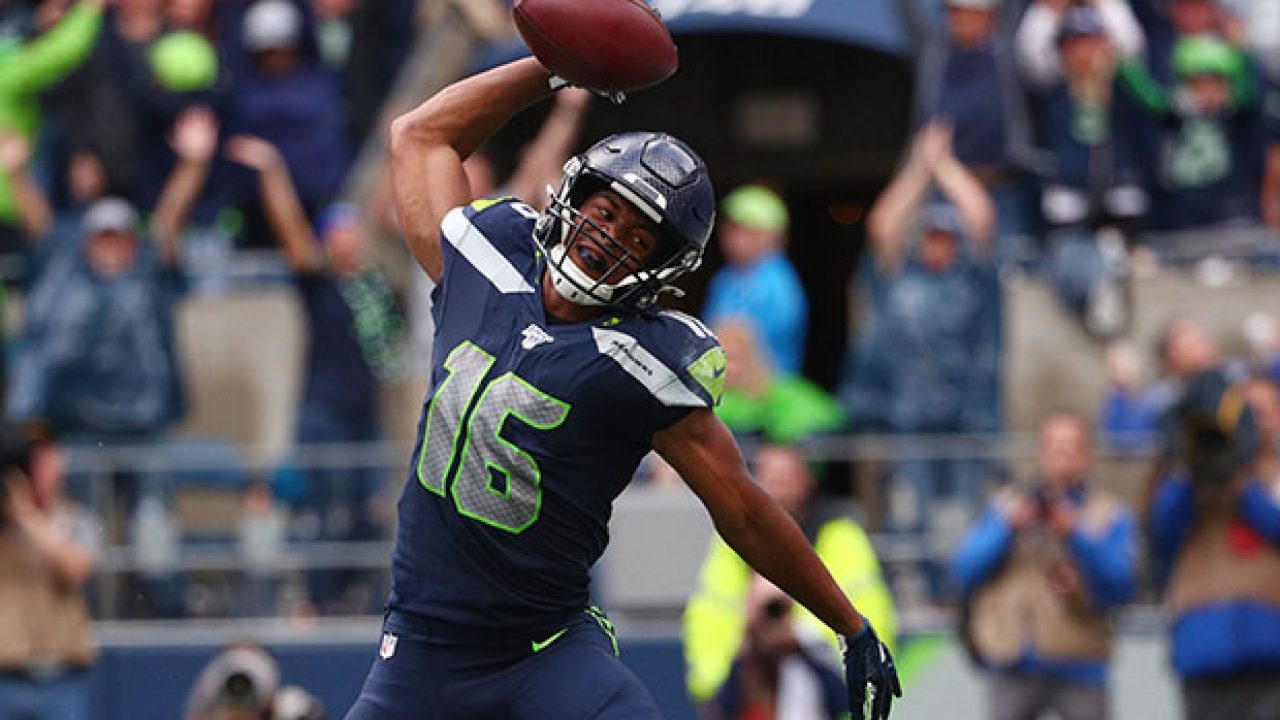 The Vikings travel to Seattle to cap off Week 13 on Monday Night Football, and we've got you covered with more of the best Vikings Seahawks props.

Despite their reputations as run-loving offenses, this one has some sneaky shootout potential. Both defenses possess pass-funnel tendencies, particularly Seattle:

With a healthy point total of 49.5 installed for this clash at the Clink, we have the green light to try for an over or two in these passing games. That's where we start, with the undervalued Kyle Rudolph, before finishing with a strong lean on how to play Tyler Lockett.

Join us here to get in on the fun.

For our long-time followers -- this is not a typo nor a coded cry for help.

For the first time in our history as a website, we are betting a Rudolph over. Those who've tailed us have made a killing by betting Kyle Rudolph unders over the last two seasons, but times have changed.

Rudolph has stepped in as the de facto replacement for the ailing Adam Thielen (hamstring), who is once again out tonight. We know have a three-game sample of Rudolph's volume spiking whenever Thielen is out. 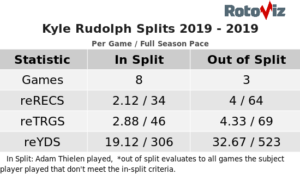 Even those stats sell him a bit short because they include a Week 9 games vs KC that Thielen started but barely played in. Rudolph had 3 receptions on 5 targets in that game.

In all, he's been a picture of consistency, hitting or exceeding this target of 3 catches in six-straight. 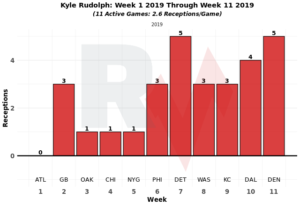 The nice thing about this Rudolph over is that he doesn't need a ton of volume. Just four of 27 targets sent his way since Week 6 have hit the turf. That 85% catch rate third-best mark among all TEs (minimum 15 targets) in that stretch.

Then there's the matchup. Seattle is one of the worst TE defenses in the league, allowing:

Ten different TEs have hit at least 3 receptions against the Seahawks.

As mentioned, this one could be a back-and-forth affair, putting 3 receptions for Rudolph closer to his floor than his median.

Treat this Vikings Seahawks prop lean as entertainment and play it at your own risk.