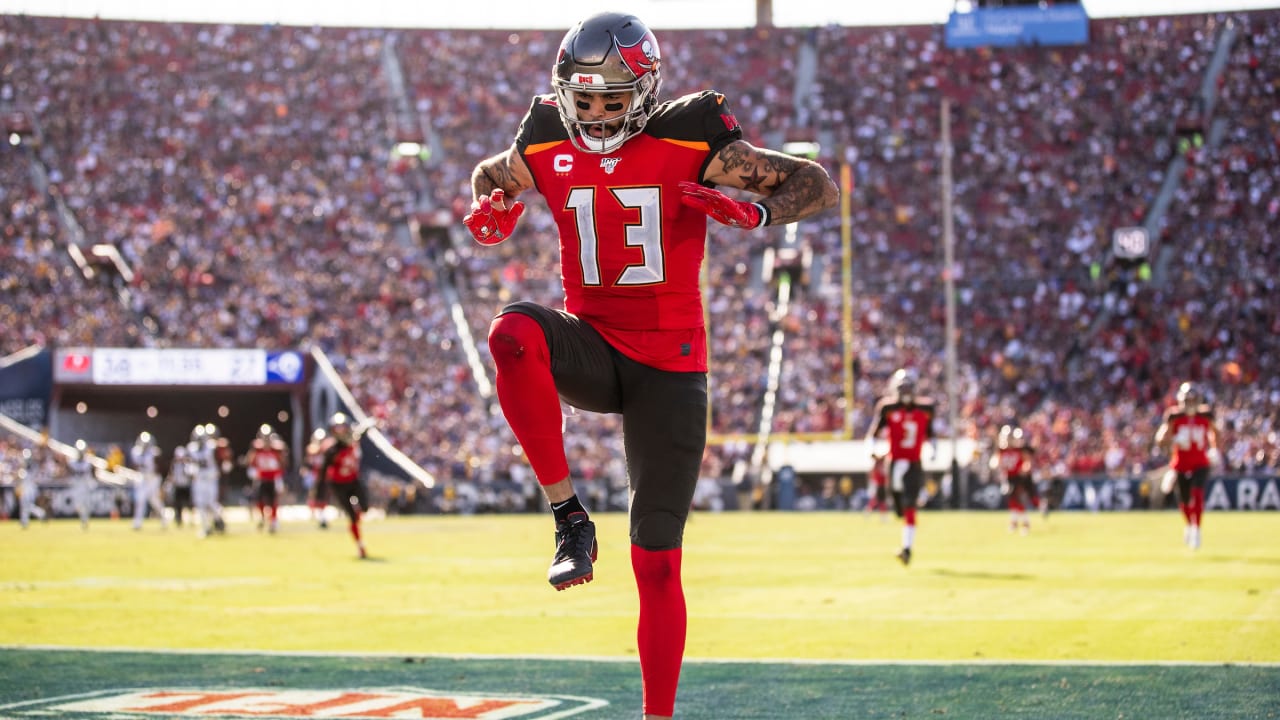 An enticing Week 13 NFL slate awaits us, and we’ve found some compelling angles on two NFL Props for Week 13.

Bet The Prop went 1-0 on Thursday Night Football to kick off the week, and I’m looking to keep the momentum going with two more winners on Sunday.

My Bet The Prop article plays are 15-9 so far this NFL season — let’s build off of this 62.5% hit rate to wind down the season.

The 5-6 Falcons are hosting the 8-3 Buccaneers this week, and kickoff is at 1:00 PM ET. With the game holding the highest total on the slate, I’m expecting an Air Raid in Atlanta. Let’s dive into the picks.

Mike Evans is one of the NFL’s premier red-zone threats. He currently leads the league in receiving touchdowns with 10 scores in 11 games this season. This is nothing new for Evans, who has been effortlessly entering the end zone for years.

Since 2018, the Tampa Bay wideout’s 39 scores trail only Tyreek Hill and Davante Adams on the receiving TD’s leaderboard. Furthermore, since Evans entered the league in 2014, he tops the leaderboard. Big Mike’s 71 career receiving touchdowns are more than any other player has amassed since his debut, as shown below.

Evans is currently playing his eighth season in Tampa, but he only recently welcomed a few new superstars into the offense last season. Tom Brady joined the Bucs in 2020, bringing Antonio Brown and Rob Gronkowski to Florida with him. These guys obviously changed the entire team makeup, and the reigning champs’ Super Bowl victory wouldn’t have happened without them.

For Evans’ production, the two keys here are Brady and Brown. Evans reaches new heights when TB12 is throwing him the ball, especially when Brown is off the field. Mike Evans has played 14 games without AB since Brady arrived in Tampa, and he has scored a whopping 13 touchdowns in these 14 games. In total, The 6’5″ red zone threat managed to find the end zone in 10 of 14 games without AB since last season.

The Texas A&M product lucked into a terrific matchup against a helpless Falcons secondary this week. 2021 marks the fourth consecutive season that Atlanta ranks as one of the NFL’s 10 worst pass defenses. Here’s where Atlanta ranks in some key passing defense statistics:

The Falcons have allowed the third-most trips to the end zone to opposing WR’s and to opponents overall this season. The team doesn’t have a single cornerback that can hang with Evans near the end zone, evident by his 2 TD performance against the Falcons earlier this season.

Look for Tom Brady to connect with Big Mike in the end zone against a putrid Atlanta secondary this Sunday.

Many football fans and experts predicted that Cordarrelle Patterson‘s production would be unsustainable after a hot start to the season. Well, we’re now three months into the NFL season and Patterson just keeps churning out great games. He just led the Falcons to a win over the Jaguars last week, finishing with 135 yards and a pair of touchdowns to keep Atlanta in the playoff mix.

CPatt’s production as a receiver out of the backfield has been second to none. He’s averaging 50 receiving yards per game, more than any other running back in the NFL. Christian McCaffrey, Austin Ekeler, and D’Andre Swift all come after Patterson in the receiving department this season.

Atlanta’s versatile offensive weapon finished with at least 5 receptions and 37 yards in six of these eight games, averaging 59.1 YPG.

His involvement in the offense has only increased throughout the season, as Patterson now plays at least half of Atlanta’s offensive snaps on a weekly basis. He was utilized less as a receiver in last week’s win due to a positive game script for the Falcons, but we can expect that to change in Week 13.

The Buccaneers essentially offer a perfect matchup for the over on Patterson’s receiving yards. Not only do they bleed receptions to running backs, but they are coming in as 10.5-point favorites. In a game the Falcons will likely be trailing most of the way, Matt Ryan should be passing often and looking Patterson’s way plenty.

Ryan threw a season-high 46 passes last time out against Tampa Bay when Patterson also managed 58 receiving yards on seven targets. This falls right in line with Tampa’s defensive trends in 2021. The Bucs are allowing the fewest rushing yards per game and the most completions per game while allowing 7.1 RB receptions per game, 3rd most in the NFL.

Tampa Bay has given up at least 25 receiving yards to a running back in all but two games this season. Patterson should find success in the receiving game on Sunday when the Falcons inevitably struggle to run the ball against a stout Buccaneers front.

Mike Evans makes the most of his massive 6-foot-5 frame and is arguably the league’s most dangerous red-zone threat. At plus-odds, Evans finding the end zone is a phenomenal value play this weekend.

On the other side of the ball, Cordarrelle Patterson has been a game-changer out of the backfield all season. He could be on his way to his first-ever pro bowl selection as a running back this season and has the perfect matchup to rack up another great all-around performance.

Have fun playing these NFL props for Week 13, and join us for the home stretch of the NFL season!