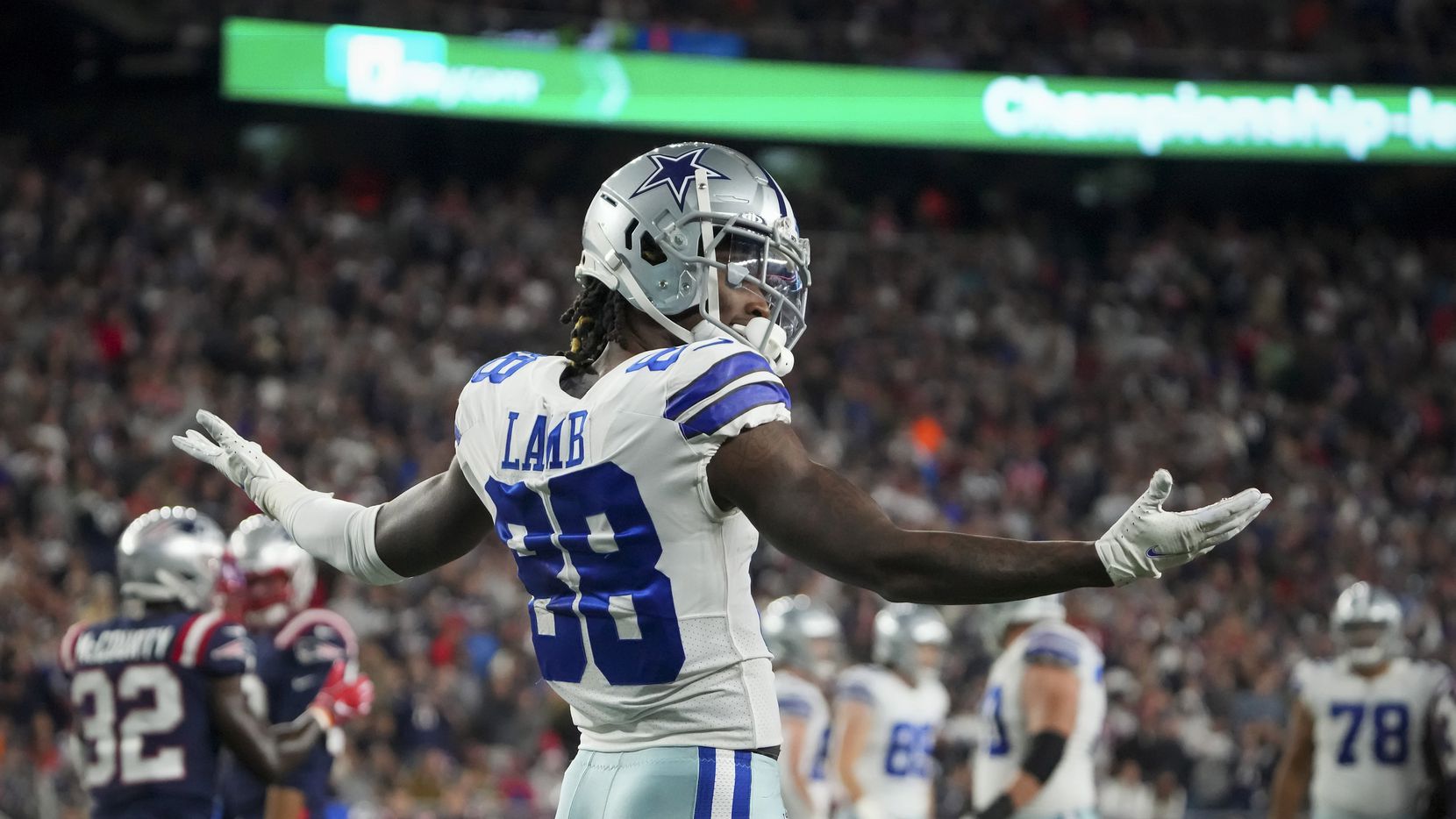 Dallas stud sophomore CeeDee Lamb is the subject as we dive in on our best TNF props for Cowboys Saints to kick off Week 13.

Lamb has been racking up the yards in his second year, yet is being handed one of the lowest receiving lines he’s seen all year. Too low for our liking, and we’re buyers at this price.

We’re coming off a winner on MNF to cap off another profitable week for our subscribers across multiple sports.

💰🦃Nice thanksgiving weekend for our subs.

Even at a modest $50/unit, most just paid for an entire year’s sub.

Our NFL picks are now 60% on the season, and you can get all of those, plus NBA, NHL, PGA, & more, alerted to your device when you join us.

Note: We put this out for our subscribers at O60.5 when it opened on Tuesday night and think it’ll close closer to 70 yards; we’d play it to 66.5. Join us via the link above to ensure you always lock in the best number.

Aside from his game two weeks ago where Lamb had to exit early due to a concussion, CeeDee is over this line pretty easily in seven out of nine games, averaging 82 yards. 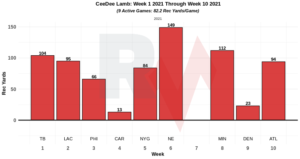 We think this line also assumes that Amari Cooper will play, but that’s no guarantee.

While Jerry Jones said Cooper would play this week, coach Mike McCarthy cast some doubt on that as Amari still isn’t fully recovered from Covid. He didn’t practice Tuesday, and if he doesn’t practice Wednesday, he may not be able to suit up for Thursday night’s contest.

Whether Amari plays or not, this line is still too low facing a Saints team that is much more vulnerable in the air than on the ground, and who have allowed the best RACR against to WRs over the past five weeks. Even as a rookie getting most of his targets from Andy Dalton, Lamb averaged just a smidge under 60 yards/game last year.

We generally don’t love taking overs on a Thursday night game, but this line is just too low. His lowest previous closing line all year was 63.5, and his average line is 74.

If Cooper is ruled out, we think Lamb’s line will blast past 70.

A confusing opener here, so we ride.