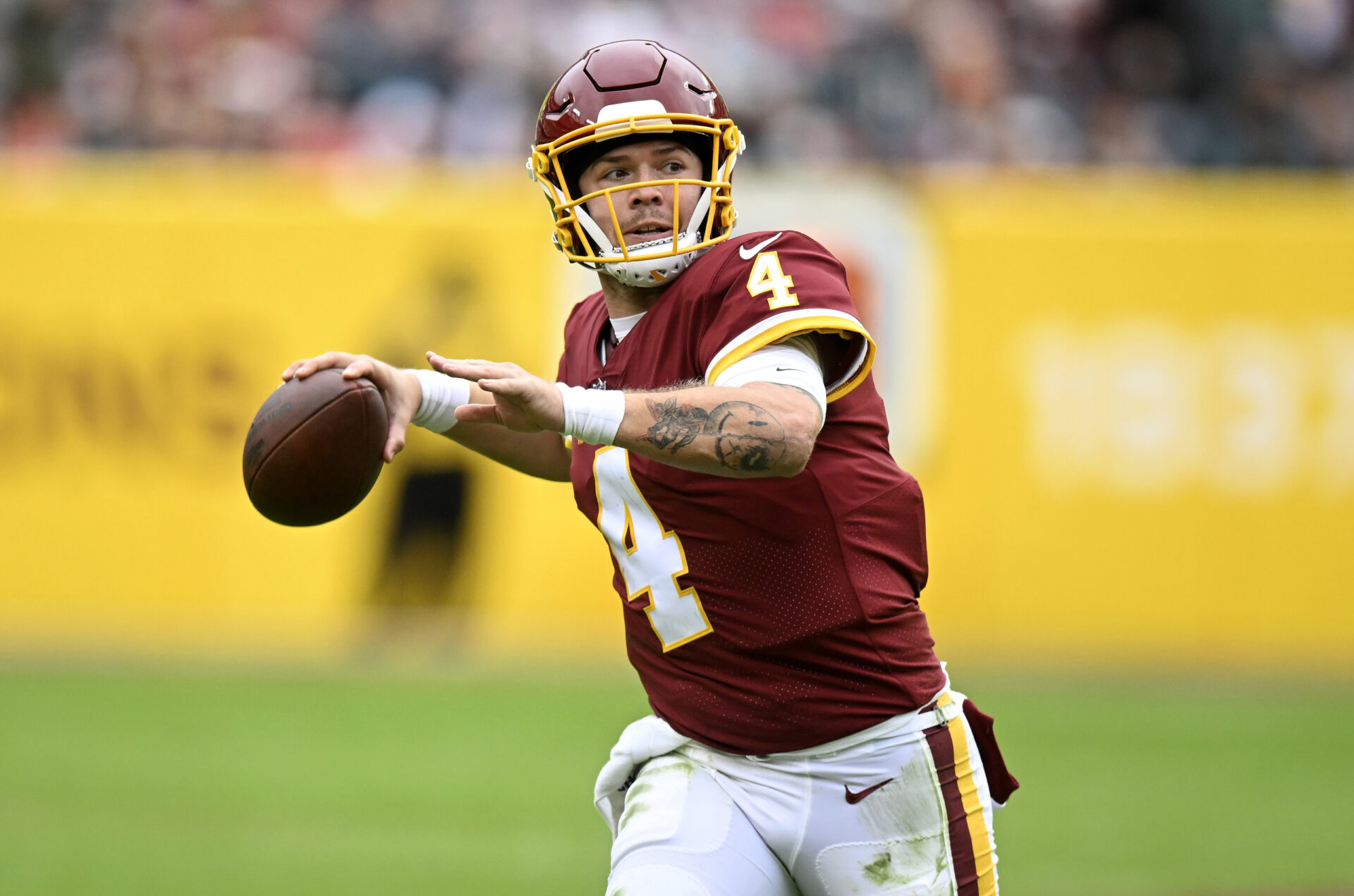 Taylor Heinicke faces a tall task against one of the toughest pass defenses in the league, and he’s the focus as we break down one of our best MNF props for Eagles Commanders.

The Eagles are big 10.5-point home favorites in a game with a 43.5 total, suggesting a script that won’t be particularly competitive or high scoring. That doesn’t bode well for Heinicke, who has been playing poorly in limited action so far.

The former undrafted free agent has not impressed in his three starts filling in for Carson Wentz. He’s fallen short of this line in 2-of-3 games, averaging 209.7 yards on a paltry 6.84 yards per attempt.

That 6.84 YPA is in Derek Carr / Davis Mills territory, although to be fair, his advanced stats are not glaringly bad. His Completion Rate Over Expected (CPOE) is a respectable -1.1%, ranking 13th over his stretch as a starter.

Henickie is capable of putting up some decent numbers if Washington starts letting him air it out. That’s something they were willing to let him do in his early days as a starter last year, but the passing party was short-lived.

The Eagles Have Landed

When looking at the strengths and weaknesses of the Eagles defense, it’s pretty clear which is the path of least resistance.

Incredibly, not a single QB facing the Eagles has gone over his closing line for passing yards this year. This defense is forcing opposing passers to a 100% hit rate to the under.

We don’t like Heinicke to become the first QB to crack the code on passing props against the Eagles all year, and we’d play this line down to 210.5 yards.