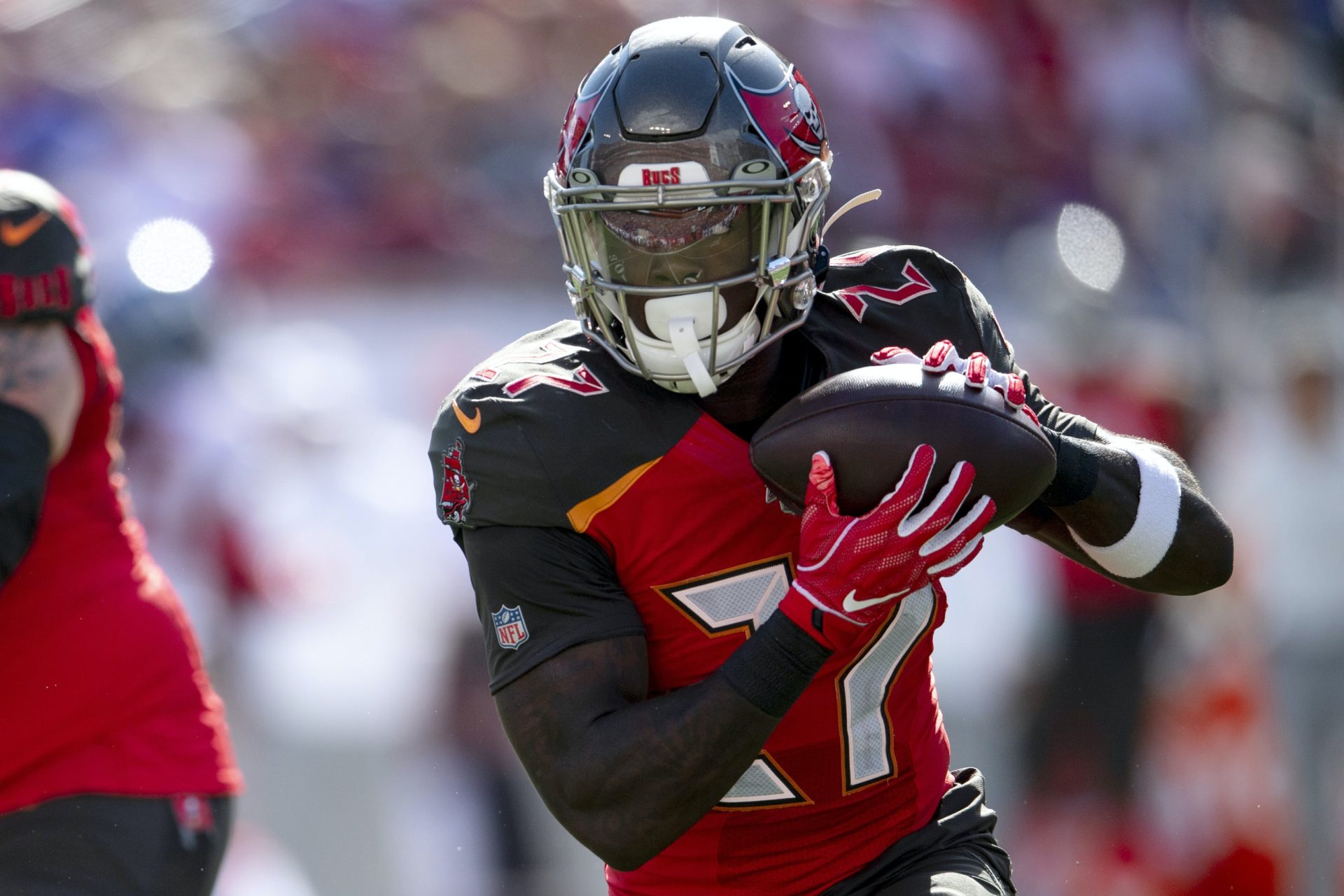 Jones is among the few healthy Bucs remaining on the offensive side of the ball. Playing on a short week as 5.5-point favorites, expect him to shoulder a heavy load in a bid to escape the Windy City with a win.

Our free, feature plays are heating up after hitting on SNF, then sweeping Monday night’s doubleheader. On the season, we’re hitting 62.4% (78-47) with a 23% ROI — join the friendliest and sharpest betting community in the industry here to get full weekly NFL prop slates alerted to your device.

Note: If you don’t have the Prop Builder, or if this line moves past -130, pivot to rushing yards – good up to 72.5 yards – but I prefer targeting the volume/carries if possible. I expect DraftKings to release a Carries line today as well.

The list of knicked up and shelved Bucs is getting long:

And it’s not just injuries depleting their backfield — RB Kenjon Barner was this week suspended four games for PED use.

That literally leaves Jones and third-round rookie Ke’Shawn Vaughn as their only active RBs, unless Fournette is somehow able to defy the odds and suit up.

Look, we have trust issues with head coach Bruce Arians too; he seems to revel in throwing us curveballs when it comes to backfield usage, but in this case, he’s left with no choice but to ride RoJo.

That’s what he did last week sans-Fournette, handing off to Jones 20 times despite trailing the Chargers for the majority of the game. Fournette also hit 17 carries in Week 1 while Fournette was still getting up to speed on the offense.

Jones hit a career-high 64% in snaps last week. Playing from ahead and with only one other active RB, I like his chances to set a new career-best in snaps again tonight. 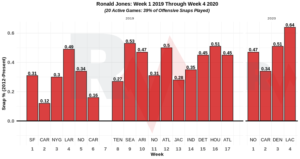 The Bears maintain a fierce reputation on defense but have proven to be tame in the run game thus far:

All the while, they’ve been tough on opposing QBs, allowing the seventh-fewest completions per game (21) and ninth-fewest yards (230.2).

With Godwin out and Evans banged up, attacking the Bears on the ground makes a lot of sense.

Sixteen carries is no small number, but the Bucs just don’t have bodies in the backfield right now.

They’re averaging 25 rushing attempts per game on offense, and with the Bears allowing 27.5, it’s hard to assign Jones a median projection of less than 17, much less 16.

If the line moves, I would still take At Least 17 attempts but no further. After that, I would take the rushing yards instead.