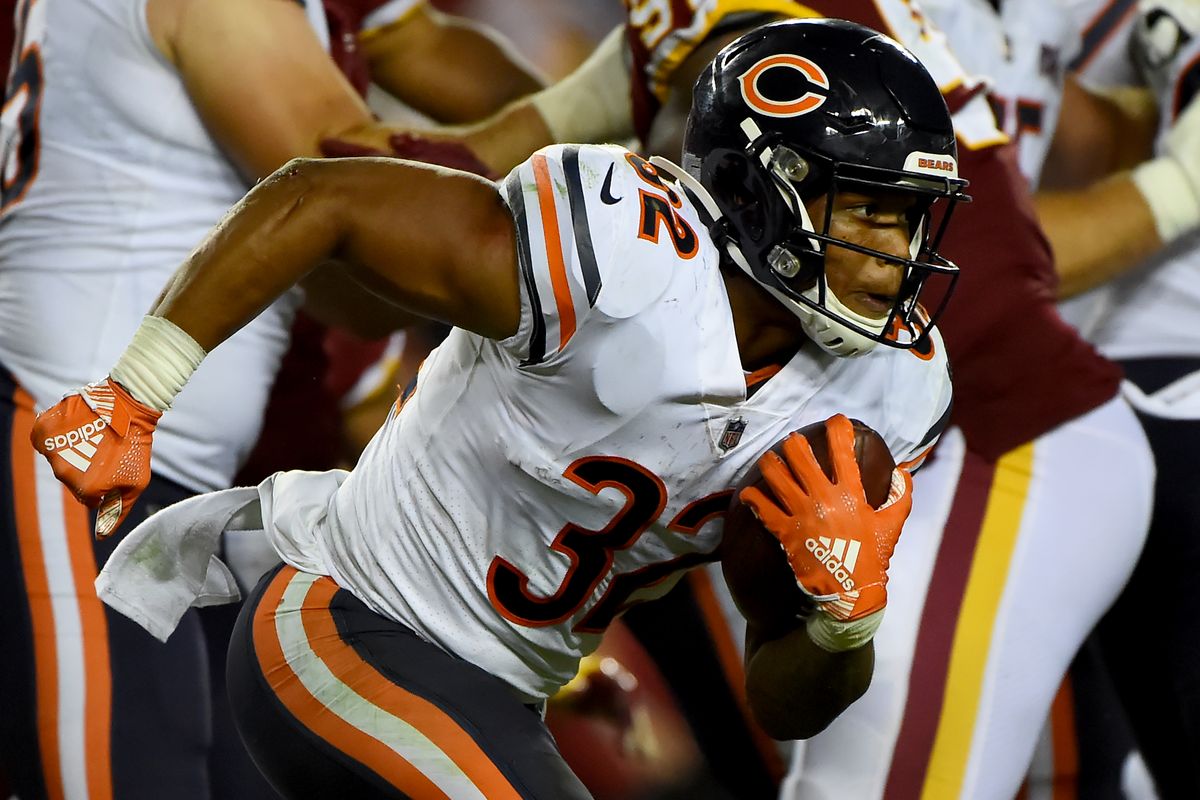 by Cort SmithOctober 19, 2019April 27, 2021
Our Week 7 NFL player props keys in on a key NFC matchup as the Chicago Bears host the New Orleans Saints, who haven't missed a beat with Teddy Bridgewater taking over for Drew Brees at QB. Our second Week 7 NFL player prop also comes from that game -- we'll take a look at a fascinating receiving yards line for Saints WR Ted Ginn which we love this week, too. And we'll wrap things up with an examination of Ryan Tannehill's prospects as he makes his first start of 2019 against the LA Chargers. We're coming off a 2-0 Thursday Night prop card which comes on the heels a 2-0 Monday Night prop slate before that. On the season, we're hitting over 61% on our plays, with the $100 bettor profiting $2,457 following our plays. Join us and get in on the fun!

Note: We locked this in for our subscribers at Under 52.5 yards earlier in the week, but we still like the under at this number.  The good news for Montgomery is his growing role in the Bears offense. Unfortunately, he's been far from effective, putting up 3.4 yards per carry or less in four of five contests. 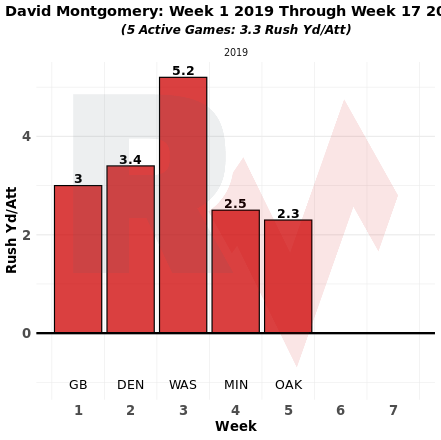 The Iowa State product still managed to go over this number in three of those games, but this week's matchup is about as brutal as they come. With DT Sheldon Rankins back in the fold, the Saints have returned to the run-stuffing ways which placed them at the top of the league in RB rushing yards allowed in 2018. His first game back this season was against the Cowboys, where he played a hand in slowing Ezekiel Elliott to a season-low 35 rushing yards on 18 carries (1.9 YPC). Despite facing Elliott and Leonard Fournette, New Orleans has now limited opposing backs to 3.0 YPC over its last three weeks. Pace is working in our favor here, too. Saints were already among the slowest teams in the league, and without Alvin Kamara's game-breaking potential, they're highly unlikely to speed things up this week. Between the two teams, New Orleans and Chicago average the second-fewest snaps (tied) of any matchup this week. 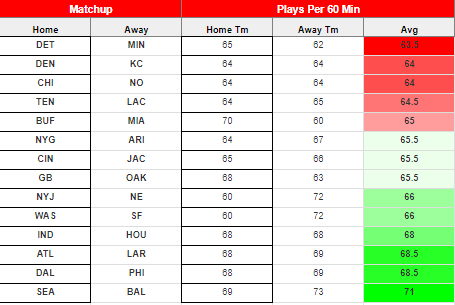