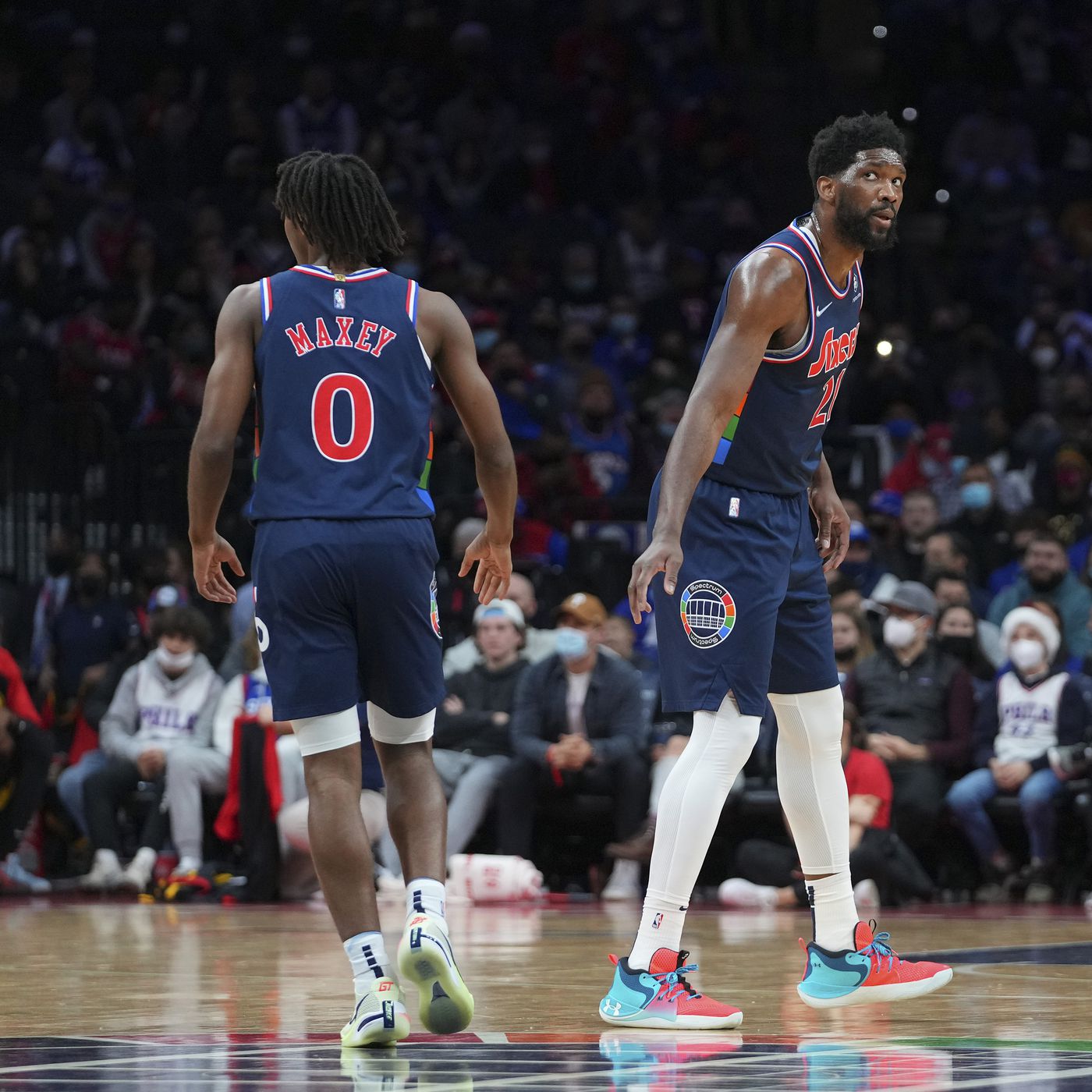 After cashing a Kelly Oubre under during last night’s action, we’re back with more NBA props for Thursday night’s slate.

A 4-game NBA slate calls for creativity, so we’re locking in on a same-game parlay. The Philadelphia 76ers are on the road to face the Atlanta Hawks — tipoff is at 7:30 ET. And, we’ll be focusing on Philly’s top two players: Joel Embiid and Tyrese Maxey.

Embiid and Maxey may need to take on larger roles in the absence of James Harden, and sportsbooks are setting their lines accordingly. There’s some awesome value in a two-leg parlay between the two Sixers, so let’s jump into the picks!

You don’t need me to tell you about how dominant Joel Embiid is as an interior presence. This is an excellent buy-low spot for his rebounding props, as he’s averaging just 9.6 per game through his first seven games. This is bound to increase. Comparatively, Embiid averaged 11.7 RPG in the five seasons prior. He should start getting on track tonight in a great matchup against a subpar Atlanta frontcourt.

Meanwhile, Tyrese Maxey will undoubtedly have a larger role with James Harden sidelined. However, sportsbooks seem to be overreacting to his expected playmaking workload just a bit. The 22-year-old guard posted just 4.5 assists per game in 54 total games without Harden last season, so bringing this one up to 7.5 is an awesome value tonight.

The Atlanta Hawks seem like the perfect matchup for both of these picks. Through 11 games, the Hawks are conceding the 7th-fewest assists per game and the 4th-most rebounds per game.

Atlanta’s opponents are shooting the 6th-lowest percentage from three-point land so far this season. This excellent three-point defense is coupled with low volume, too, as they’re allowing the 12th-fewest three-point attempts per game. As one of the league’s better, three-point defenses, the Hawks should be able to limit plenty of Maxey’s assists that would normally come beyond the arc.

Excluding James Harden, 91.5% of Philadelphia’s made threes are assisted. That would be good for the third-highest mark in the NBA this season. If Atlanta is limiting Maxey’s teammates’ chances at open jumpers, that doesn’t bode well for his assist totals, as 75% of his assists have come on three-pointers this season.

Additionally, the Hawks rank bottom-five in defensive rebounding rate and are average in offensive rebounding rate. Clint Capela is not the same rebounder and player he was a few seasons ago, and nobody else in Atlanta’s frontcourt is close to Joel in size. This is a perfect get-right matchup for The Process on the glass.

This parlay has been a success in 28 of the 41 games this duo’s played without James Harden since last season. And, in their last 35 games without Harden, this has cashed in 26 of them, good for a 74% hit rate during this stretch.

Of course, Maxey will see an uptick in playmaking usage without Harden. But, an 8-assist performance is a lot to ask from him, even as the team’s top playmaker. In fact, only four players have reached the 8-assist mark vs. Atlanta in 11 games this season.

De’Anthony Melton is the Sixer that took the former MVP’s place in the starting lineup last game. This is certainly a positive for us, as he lightens Maxey’s ball-handling load and doesn’t steal any rebounding opportunities from Embiid.

As for Embiid, his rebounding numbers remain consistent regardless of Harden’s presence. With the Sixers listed as a 1-point road underdog, look for the perennial All-NBA center to see a full complement of minutes. This adds a layer of security on Embiid’s boards, as he’s grabbed at least nine in 56 of 64 games when seeing at least 30 minutes since last season.

The Hawks matchup offers us the perfect combination of limiting assists and conceding rebounds. Maxey doesn’t dribble throughout possessions the way James Harden does, and runs much fewer pick-and-rolls. Plus, Embiid should be able to impose his dominance against the likes of Clint Capela and anyone else thrown his way this evening.

Enjoy playing our NBA Props for Thursday night’s action and Join us for the rest of the NBA season!