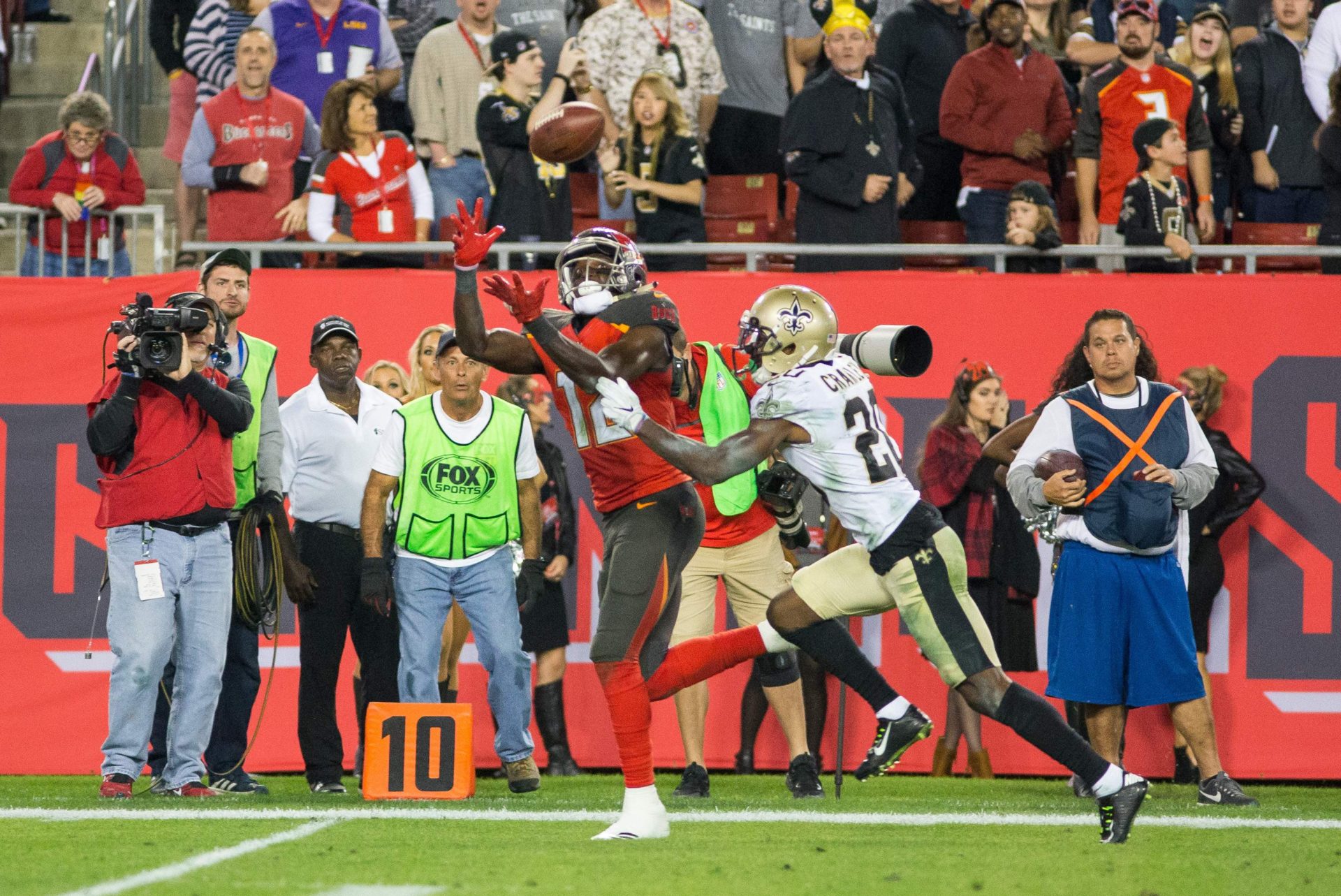 The New Orleans Saints and the Tampa Bay Buccaneers meet for the second time this season, and we’re breaking down the best prop bets as the Saints look to pay back their Week 1 loss.

It’s the highest-totaled game of the week (54.5), and while we should expect offensive fireworks, I see a potential fade right off the top.

Be sure to check out Bet the Prop’s picks for the main slate, as well as a look at the best Sunday Night Football prop bets.

The Saints boast the fourth-ranked DVOA against the TE position. They haven’t faced many elite TE’s, but they held Austin Hooper to 31 yards on five catches a few weeks ago. More impressive, they Saints recently shut down stud TE, Zach Ertz, holding him to two receptions for 15 yards.

Despite the shootout factor in this one, the Saints have become a fade for the TE position.

With four TDs, Brate is certainly a factor in the Red Zone, but he has not been a yardage monster. He has eclipsed 35.5 just once, and only by half a yard.

Since stepping into the full time role with O.J. Howard on IR, his stat lines have remained about the same — still three or fewer targets per game and the occasional TD.

With a 9.6 yards-per-catch average, and against an elite TE defense, it will be tough for Brate to hit 35.5 yards.

Jackson is out this week, so lock and load.

The Saints have a pass-funnel defense, ranking third vs the run and 22nd vs the pass this year.

The Buccaneers are happy to oblige with their pass-happy offense that is ninth in DVOA. Mike Evans will have a tough matchup with Lattimore, although he is capable of going off as he did in Week 1.

Godwin will have opportunities against the burnable Eli Apple, rated 98th in coverage.