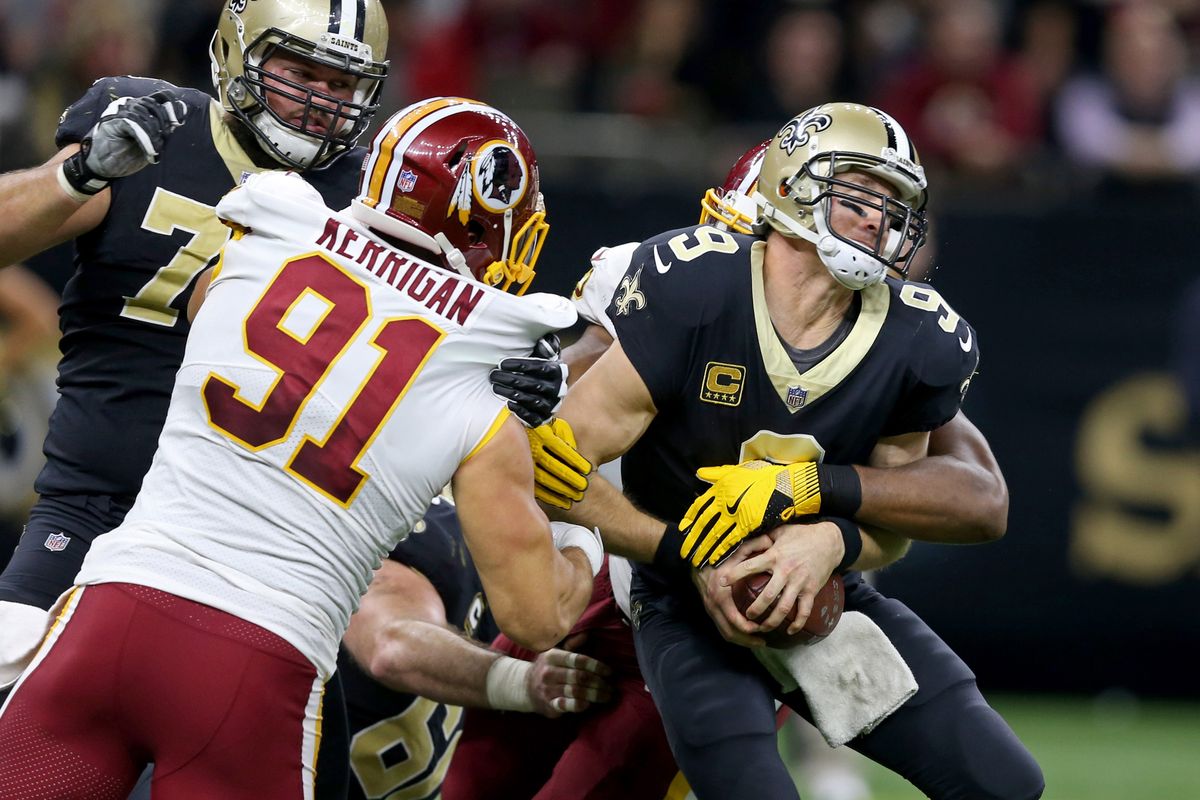 Week 5 is shaping up to be our first losing slate of the year, but there’s still time to salvage it with a solid Monday Night card.

We’re 19-21 on the week, and missing on John Brown was particularly costly, but the process was fine – he had 14 targets. Meanwhile, our affiliated pieces with the Action Network went 7-3, including 3-1 on Sunday Night Football.

Once again, we’ll be using the custom prop builder at Betonline for some of these plays.

I don’t pretend to have any idea how the Saints will deploy Alvin Kamara and Mark Ingram upon the latter’s return to the lineup tonight.

Instead, we’ll focus on how we can leverage the -6 line in favor of the Saints to our advantage.

These two teams are the antithesis of each other on defense:

That happens to arrange perfectly with the Saints being 6-point favorites at home, setting up a game script which should have them attacking Washington’s weakness with their two elite RBs.

Smith, meanwhile, projects to be playing pass heavy while in catch-up mode under the dome.

That same combination should work to conspire against Peterson. The best rushing performance against the Saints came in Week 1 from Peyton Barber (69 yards), but that came in a game where the Buccaneers jumped out to an early lead and were able to lean on the run.

Washington will have to do the same in order to have a chance to get Peterson going, but the odds makers suggest that won’t happen.

Thompson had zero targets in a Week 3 game which Washington led from the opening whistle, but he had 14 in a Week 2 affair when they were playing from behind the whole way.

The Washington RB essentially acts as a WR when playing from behind, and he leads the team in targets.

Back to Brees, who faces a team which has yielded just three TDs over its three games.

He’s lit up bad defenses like Tampa Bay (3TDs) and Atlanta (3 TDs), but was he shutout when faced with a stiffer test in the Giants.

That number will do doubt rise with Saints WR Ted Ginn missing tonight’s match up against Washington, but he’ll also have to compete with rookie Tre’Quan Smith and a returning Mark Ingram (189 targets over the pas three seasons) for looks.

Washington presents perhaps the toughest pass defense in the league — their 114 yards per game allowed to opposing WRs is 14 percent better than second-place Jacksonville.

Keep an eye on the status of Josh Doctson tonight. If he can’t go, that means Paul Richardson is likely to draw a lot of attention from Saints shutdown CB Marshon Lattimore, and we’re probably betting the under at 49.5 yards.

Check out our Twitter feed for updates closer to kickoff.