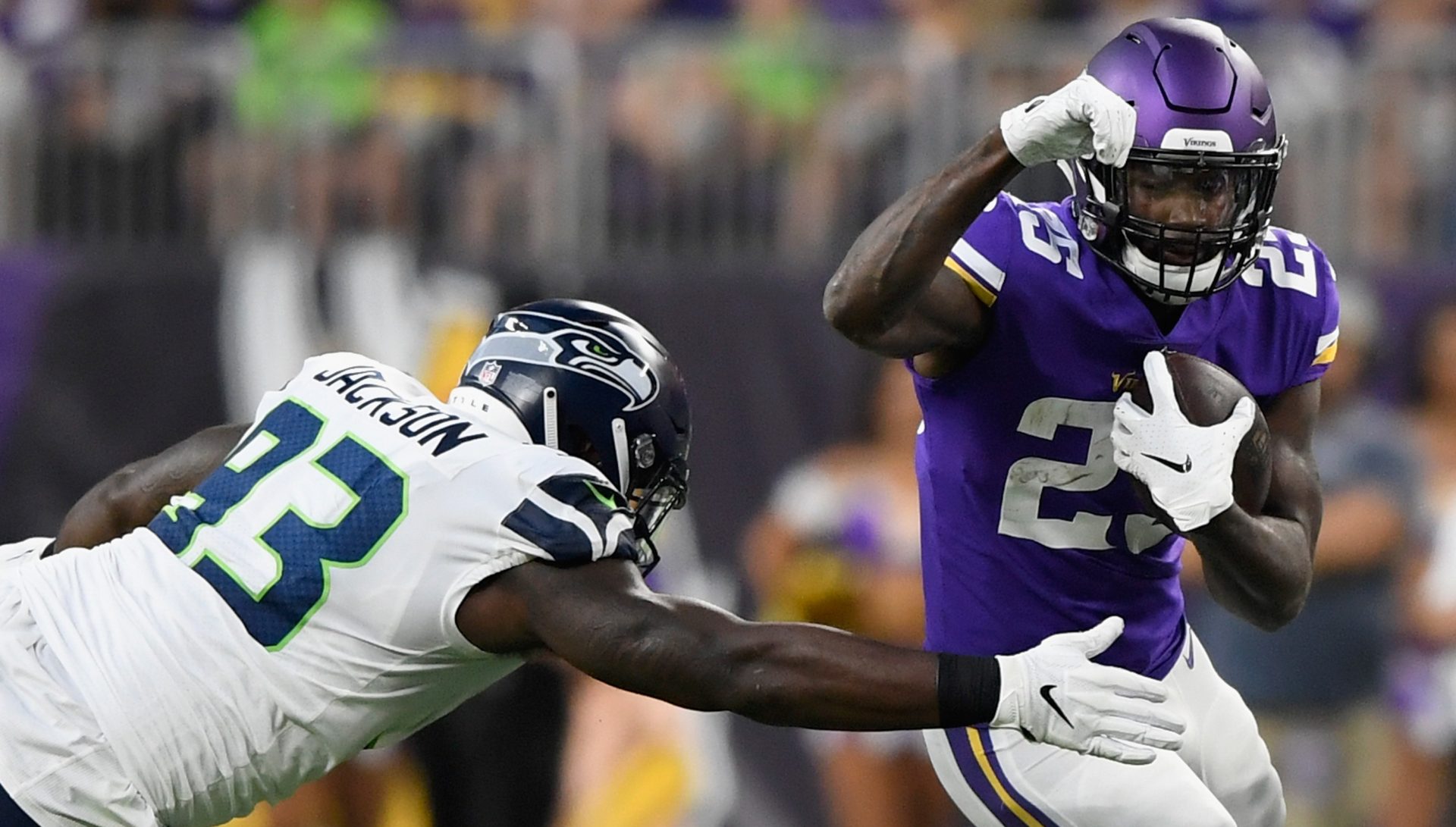 With playoff implications on the line, the Vikings and Seahawks meet in in Pacific Northwest tonight, and we’re breaking down the best Monday Night Football prop bets.

Just like last night, this game presents some unknowns, mostly in the form of health questions surrounding Doug Baldwin and Rashaad Penny.

We’ll address those situations specifically at the end of the piece and tell who how we plan to attack those spots as we get more information towards kickoff. Be sure to follow us on Twitter for all our latest picks.

For now, let’s stick to something more concrete — two guys with limited roles in the Vikings’ offense.

The Vikings’ backup RB has had his workload scaled back in recent weeks, and he’s been far less efficient as well.

Most recently, he had two four-carry games sandwiched between an 11-carry, 33-yard outing against Green Bay.

While Seattle has struggled to stop the run of late, giving up 111.3 yards per game over the past three weeks, they don’t allow much volume. Over that same period, they’ve yielded 21 rush attempts per game, fourth fewest in the league.

With the pass-happy Vikings coming in as a road underdogs, Murray is unlikely to see more than six or seven carries, so he’ll need a sharp increase in efficiency to hit this over.

Rudolph has been a favorite fade of ours this season, and for good reason.

The Vikings TE has gone under his yardage betting total in six of his last eight games, averaging 34.4 yards in that time.

The matchup is right too, as betting the under on TEs facing the Seahawks would have resulted in a 4-2 record this year, including an over by George Kittle by the smallest of margins – a half of a yard.

The Seahawks allow the eighth-fewest yards to the position and have held 16 of the 20 TEs they’ve faced this year (with at least one target) to under 30 yards.

What I’m watching for in the countdown to kickoff: