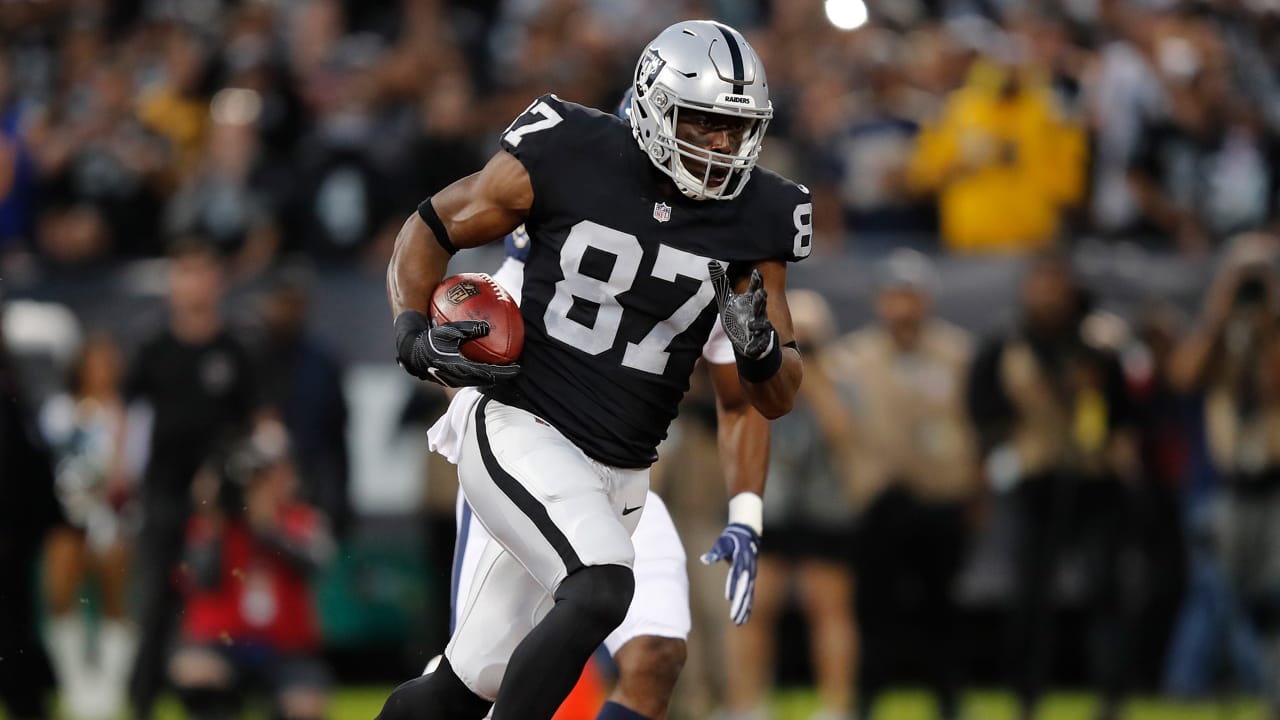 The Raiders host the Broncos for what may be their last game in Oakland, and we’re breaking down the best Monday Night Football prop bets.

Denver comes into Oakland as a field goal favorite; they barely beat the Raiders 20-19 at home in Mile High in Week 2, and odds makers are projecting another close contest in a game with a paltry point total of 42.5.

That means the prop betting lines are depressed, so we’re looking at a few overs on numbers that are too low, particularly at TE, where both teams are vulnerable.

The Broncos defense has been ripped by opposing TEs all year long, giving up 72 yards per game, second most in the league.

Cook himself is averaging 60.7 yards per game and put up 49 yards on four targets when these two teams met in Week 2. Despite Jon Gruden seemingly forgetting about Cook for long stretches, his overall volume remains as robust as anyone’s.

Cook has gone over 100 yards in two of his last three and with Doug Martin struggling, he remains the best bet at moving the ball against the Broncos.

He’s also been a different player at home, where he averages 92 yards per game, compared to just 29 on the road. 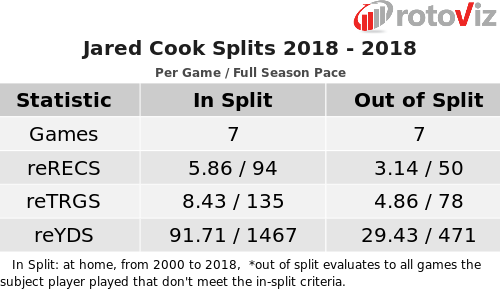 The Broncos are among the worst at defending TEs, but the Raiders aren’t far off, yielding the fourth-most yards to the position at 71 per game.

While LaCosse wasn’t active when these two teams met in  Week 2, it was still a weakness the Broncos made an effort to exploit– feeding TEs Jake Butt and Jeff Heureman a total of nine targets in that game.

LaCosse’s involvement has been sporadic in recent weeks, but he did have four catches on six targets last week as the Broncos made a concerted effort to go more pass heavy given their struggles in the run game.

Patrick has 12 receptions on 18 targets since Emmanuel Sanders hit the IR two weeks ago, second only on the team to DaeSean Hamilton. However, Patrick’s 150 yards are double that of Hamilton’s and triple that of Courtland Sutton’s in that time.

He’s been the most productive member of the Broncos depleted WR corps by a mile of late, and this number is too low considering his yardage lines of 85 and 65 over the last two weeks.

Even in a limited role, Patrick put up 26 yards against the Raiders in Week 2.