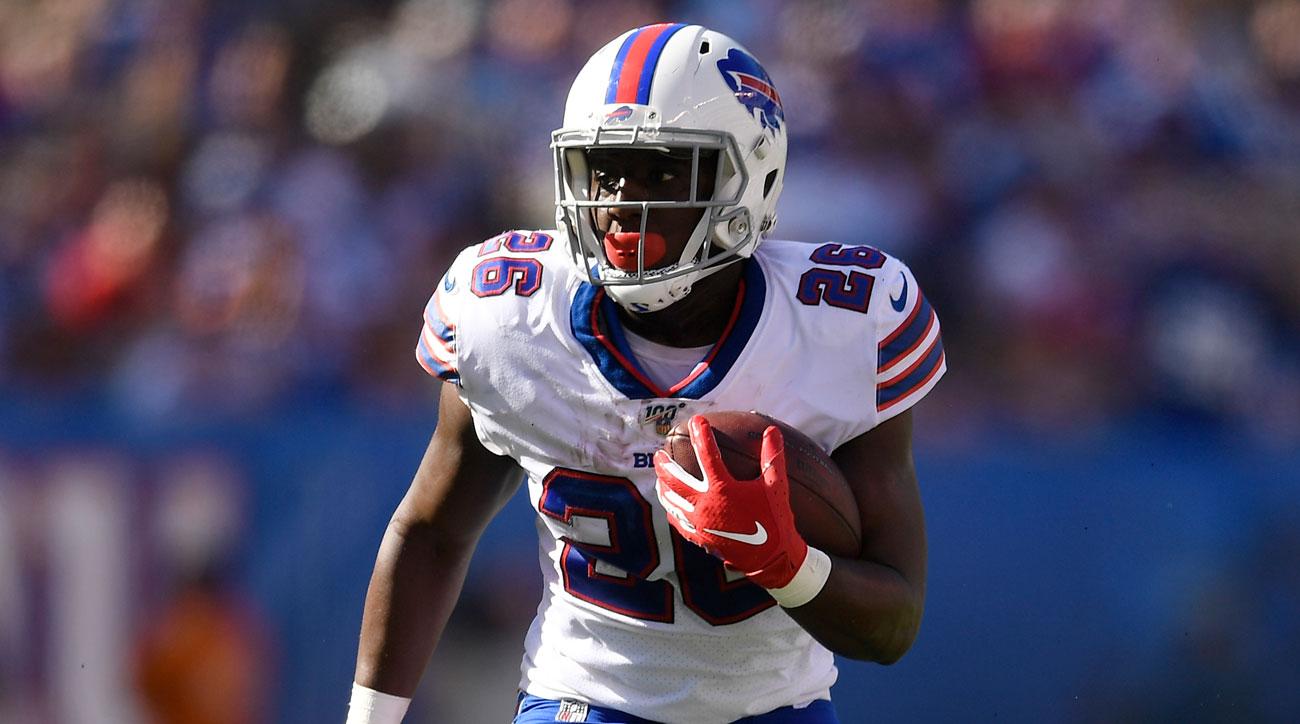 Wild Card Weekend kicks off on Saturday afternoon, and we're breaking it all down game-by-game, starting with a few our favorite Bills Texans props.

It's not the sexiest matchup of the weekend, but for purposes of Wild Card props, it should be one of the fastest-paced games.

Despite their reputation as a poor, clock-killing offense, the Bills have actually been decent in that regard with 63.6 offensive plays per game, 16th most in the league.

All of that gives us some confidence to attack a few overs on lines that look a little off. And we begin in the Bills backfield and Devin Singletary before wrapping up with a look at WR John Brown's matchup.

Saturday morning update: There are several rushing lines floating in the 65-yard range for Singletary out there, and those make for a good alternative as well.

Singletary is now firmly entrenched as the Bills backfield workhorse. The Bills have rarely taken him off the field over the last few months before treating him like the starter by giving him Week 17 off.

Since Week 8, Singletary has played 74% of the offensive snaps, spiking at a 96% usage rate in a crucial Week 16 matchup with the Patriots. 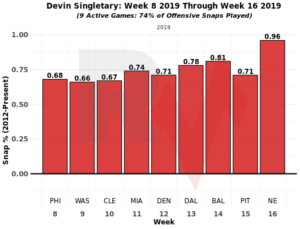 DFS players are rightly concerned about Frank Gore stealing the goalline carries, but we'll happily take any carry we can get.

Starting with a 20-carry breakout in Week 9, Singletary is averaging 16.4 rushing attempts per game, hitting 20+ in three of those eight games with a median outcome of 16.

During that Weeks 9 to 16 stretch Singletary ranks: 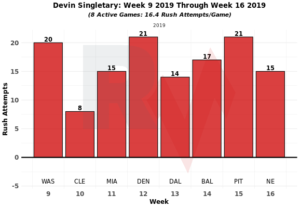 The Texans have been rolling out a banged up and exploitable secondary for several weeks, but that hasn't stopped teams from trying to run against them.

They've allowed 10 different RBs to tally at least 14 rush attempts this season, and six of those (60%) have come over just the last six weeks, including 32 attempts from Derrick Henry last week. Committee RB Ronald Jones even managed 14 carries the week before that.

The Bills defense keeps them in every game, it's likely to stay close enough to allow Buffalo to continue feeding their bellcow back on the ground.