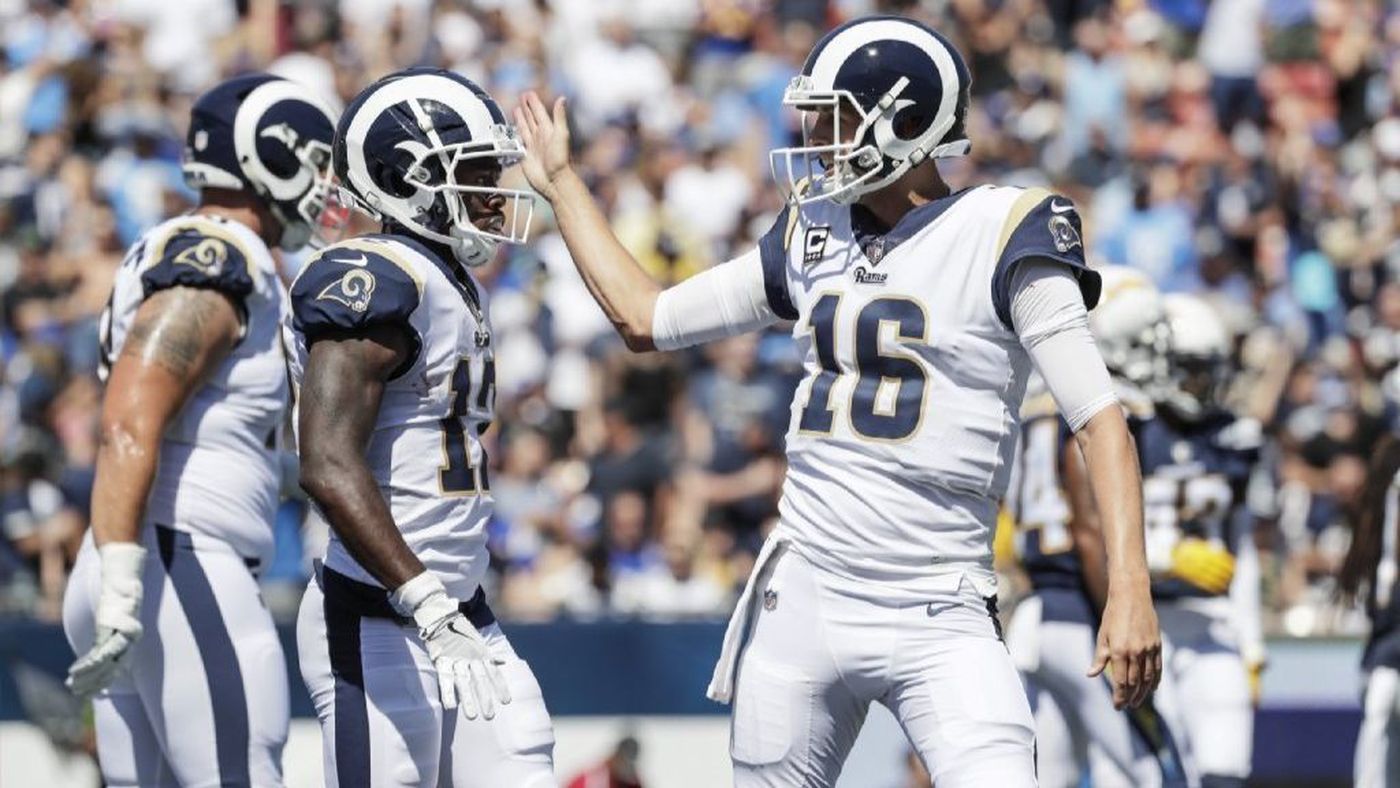 The Sunday Night Football matchup between the Bears and Rams presents a number of unknowns when it comes to prop bets, particularly on the Chicago side of the ball.

QB Mitch Trubisky will be back under center, but what does that mean?

Will he be limited in his return from a sprained AC joint? Will he be running more? Passing More? Will Tarik Cohen continue to be heavily fed like he was with Chase Daniel at QB? Or will the Bears revert to spreading it around?

Rather than attempt to guess, we’ll focus on the other side of the ball, where the league’s second-highest scoring offense clashes with the fifth-best scoring defense.

Last week we faded Antonio Brown, and that sucked, but we’re still 18-7-1 over the last eight prime time games.

Here are our records on the season:

On the road in a cold-weather game, Goff will be hard pressed to match his 313-yard average on the season, especially against a Bears defense allowing 248 passing yards against, 10th fewest in the league.

The weather isn’t a huge factor, but it’s worth mentioning that Goff put up 201 yards in a similarly chilly Week 6 game in Denver.

A bigger influence is the Bears stiff pass defense, particularly at home, where they give up an average of 238 yards per game.

No passer has exceeded 278 yards against Bears at Solider Field, including the likes of Tom Brady (277 yards), Matthew Stafford (274), and Kirk Cousins (262).

Gurley hasn’t tallied even four receptions in any of his last three outings, and he’s only hit the mark three times in 12 games on the season.

While the Bears are allowing 5.3 receptions to enemy backs on average, but those numbers are skewed by one performance:

Gurley obviously isn’t just any back, but averaging just a touch over three receptions per game, he’s not exactly White in that department, either.

Betting the under on Gurley receptions this season would have netted you a  6-4-2 record.