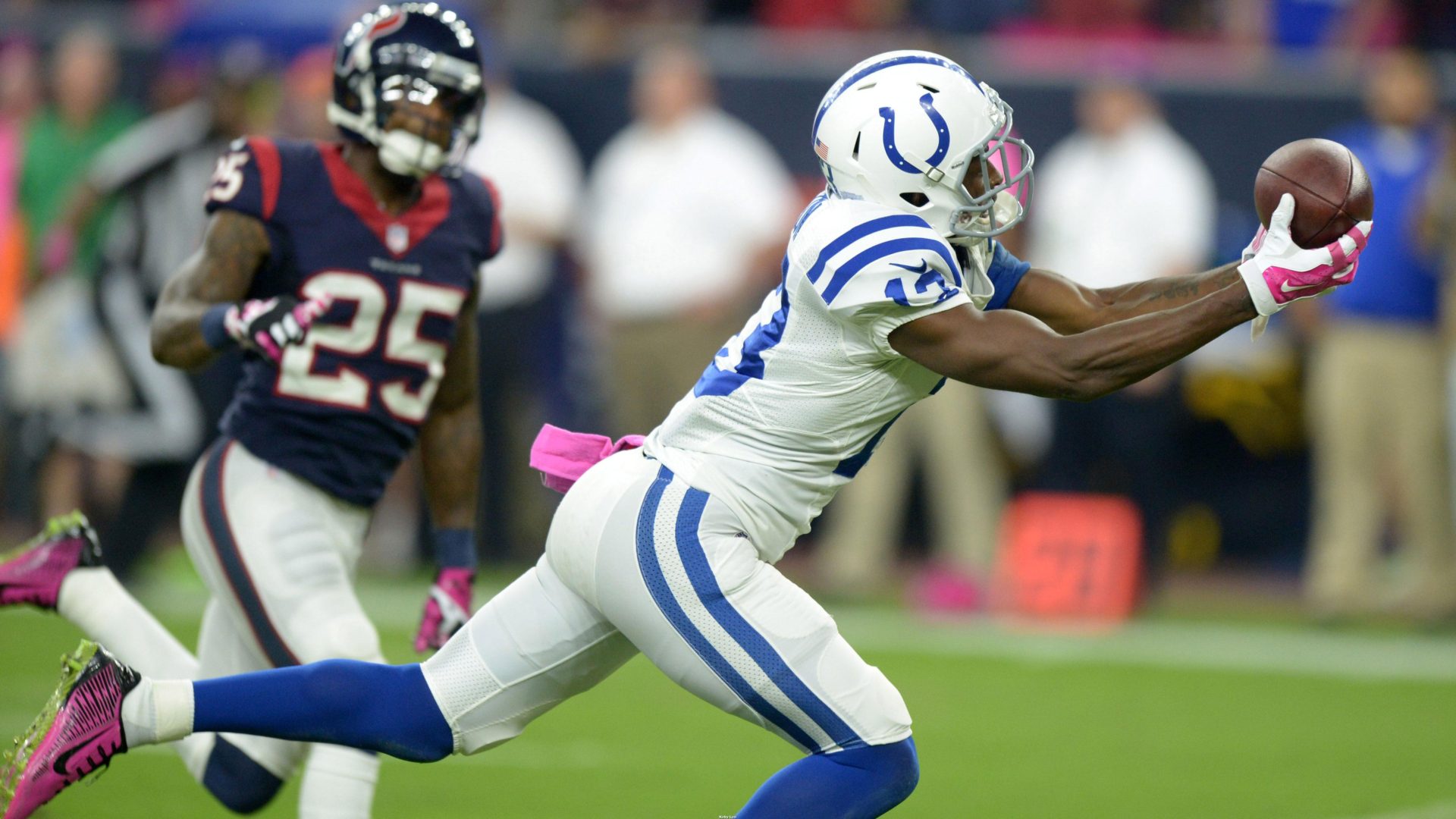 With the bye weeks behind us, we’re back to a full selection of prop bets, leaving us plenty from which to pick and choose.

Scanning the main slate, I see value all over the board, but here are five of the best prop bets we’re zeroing in on for Week 14.

Be sure to check out even more best bets for the week over at Bet the Prop. And as always, we’ll be firing out more prop picks on Twitter leading up to kickoff.

With the late addition of the Corey Davis under, we started the week 2-1.

Here are our records on the year:

If Hilton can put up 77 yards against Jaguars’ shutdown corner Jalen Ramsey in a game where the Colts were shutout, then there’s no reason why he can’t top 65.5 yards against 34-year-old Jonathan Joseph in a game with a 50-point projected total.

There are several encouraging trends working in Hilton’s favor in this key playoff matchup against the Texans:

The Texans play tough run defense, and this is an absolute must-win for the Colts. I expect Hilton to be heavily featured.

With an Action Network projection of 78.6 yards for Hilton, this number is simply too low. If the line moves, any number up to 74.5 is fine, and at the current line, I’d pay the vig up to -130.

Watch for this line to head south in the hours ahead, as it looks as if the books haven’t learned the lesson from last week — Ekeler is not a lead back.

Once the money starts to pour in, I suspect this number will quickly drop.

Ekeler’s line against Pittsburgh last Sunday was set at 60.5 rushing yards, and he ended up miles short with 21 yards (1.6 YPC) on a career-high 13 carries.

Yes, the Steelers play fierce run defense, but that didn’t phase team mate Justin Jackson, who went for 63 yards on eight rushes (7.9 YPC). Jackson has earned a bigger rushing role, and I expect he’ll get it at Ekeler’s expense.

Even if Ekeler matches his career best in carries, he’d need to hit 4.5 YPC to top this total. It’s certainly possible against a Bengals defense allowing 5.1 yards per carry, but a lot of things need to go right.