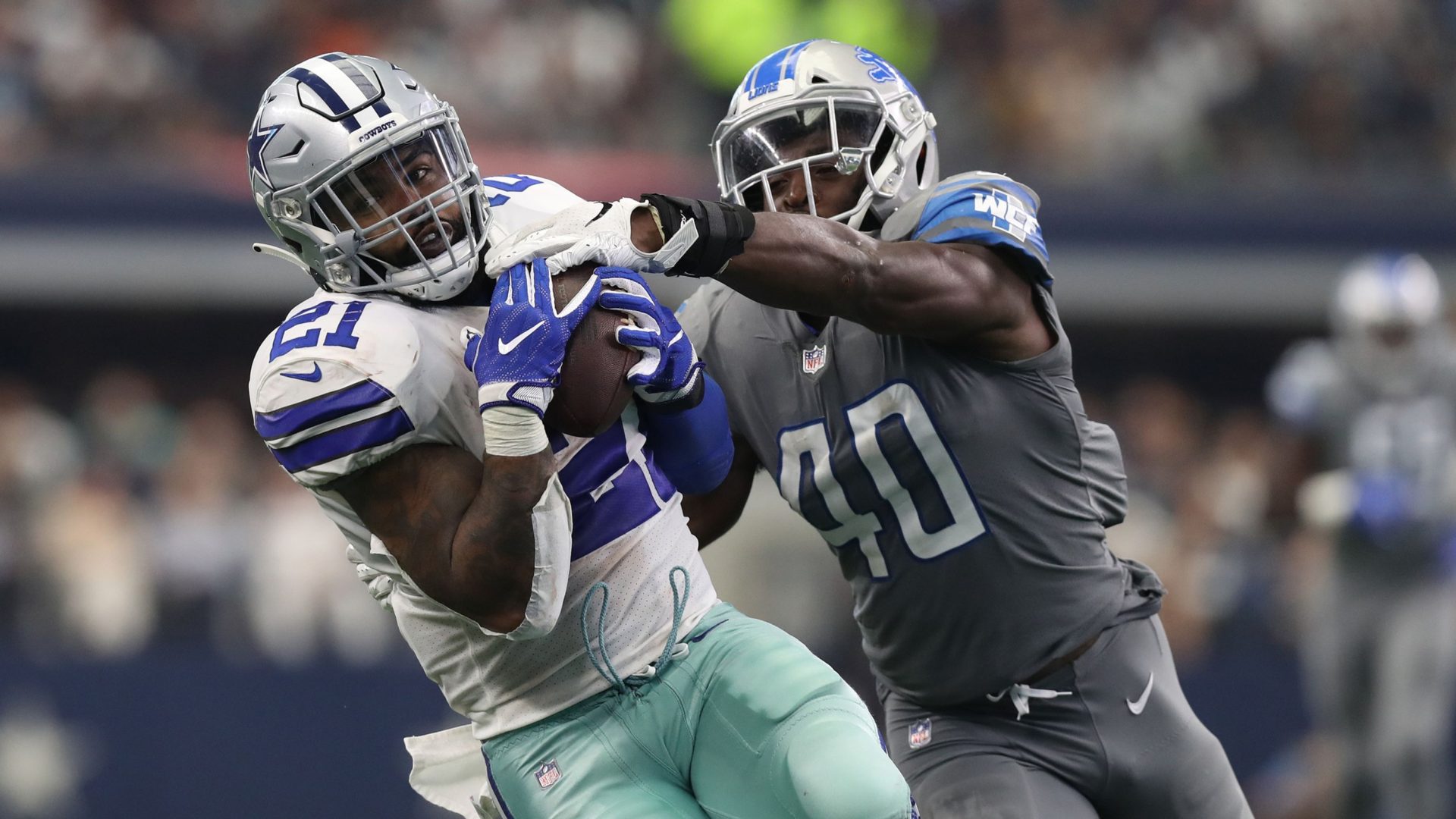 The Thursday Night Football affair between the Cowboys and Saints features two of the best run defenses in football, a facet we’ll focus on as we lay out our best TNF prop bets.

We’re on a prime time roll, going 9-3 over the past four night games, including a 2-0 card on Sunday Night Football, followed by a 2-1 finish on Monday night.

Let’s keep it going with the Cowboys, who suddenly find themselves tied for first place in the NFC East division with a 6-5 record, hosting the powerhouse 10-1 Saints as a 7-point underdog.

It’s never fun fading the kind of volume that Elliot gets every week, but if he hits this number, he’ll be the first to so all year.

No running back has topped 70 yards against the Saints this season — not Todd Gurley (68 yards), not Saquon Barkley(44), and not Joe Mixon (61).

New Orleans has allowed a total of 50.4 yards per game to opposing backs, by far the best mark in the league (the Bears allow 62.7). And tonight they’re bolstered by the return of DE Marcus Davenport.

Elliot has been on fire of late, but he’s also capable of laying an egg, posting 78 yards or fewer in five of 11 games.

We turn to the Cowboys QB to further leverage that play.

Prescott’s role has grown throughout the season. After averaging 17.7 completions through the first six games, his average has recently inflated to 22.6 per game. 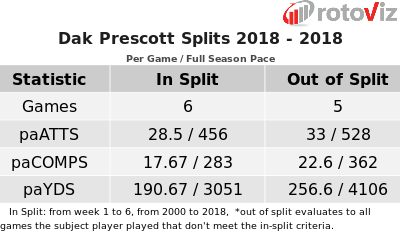 With the Saints boasting an elite run defense and a nuclear offense, teams have typically been forced to air it out in a bid to keep up. As a result, they yield the fourth-most completions in the league at 24.9 per game.

The rookie missed last week’s Thursday night game, and while he’s expected back against the Cowboys this week, it’s not a great spot for him.

In addition to potential lingering effects from his foot injury, he faces a Cowboys defense that defends the deep ball well, allowing the third-fewest completions of 20 yards or more.

Smith’s 157-yard splash game against a depleted Eagles secondary in Week 11 is fresh in everyone’s mind, but don’t forget that the rookie has surpassed 44 yards only one other time this year.

He’s also done all his damage at home, but he’ll be on the road tonight, where he’s averaged 20.7 yards per game.