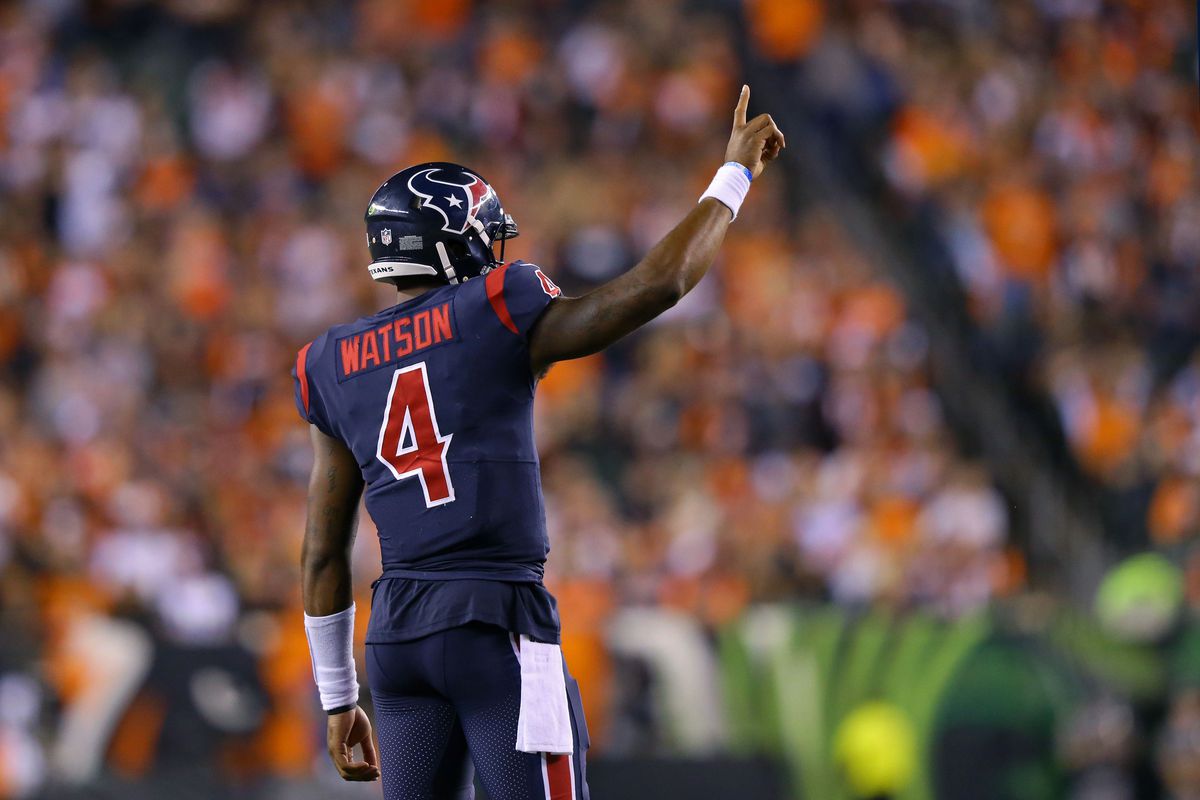 After a week which saw us nearly sweep all of our article picks, we’re back with the best Monday Night Football prop bets for the Titans vs Texans.

Expect a slow pace in this one, with both teams featuring robust defenses and conservative offenses.

We begin with QB passing a prop that looks just a little out of line.

In Week 12’s main-slate prop betting piece, we wondered whether Josh Allen’s line of 18.5 completions was too good to be true. Turns out it was just a flat out terrible number (he finished eight completions), making it one of our best picks of the year.

And while this line of 20.5 completions for Watson isn’t nearly as askew, it still appears to be too high.

The matchup provides conditions ripe for the under as well.

The Titans are averaging 21.7 pass completions against, eighth fewest in the league.

Smith’s opportunity is trending north. His targets have increased in each of the last three games, topping out at eight last week against the Colts.

The 2017 third-round pick is ninth among all TEs with 116 yards (38.7/game) in that stretch, and he may have the best matchup of any of the Titans pass catchers against a stout Texans defense.

Houston yields 60 yards per game to opposing TEs, mostly recently giving up 71 yards to Jordan Reed and 83 to Jeff Hererman.

I wasn’t going to play this number when I initially saw it set at 38.5 rushing yards, but then I noticed it 10 percent lower, and now I’m being sucked in.

Especially at plus odds of +105, there’s just too much value at such a tiny number to pass.

We polled this one on Twitter earlier today, and even at the inflated number of 38.5, the crowd likes the over. For what it’s worth, the crowd is doing very well in these polls. 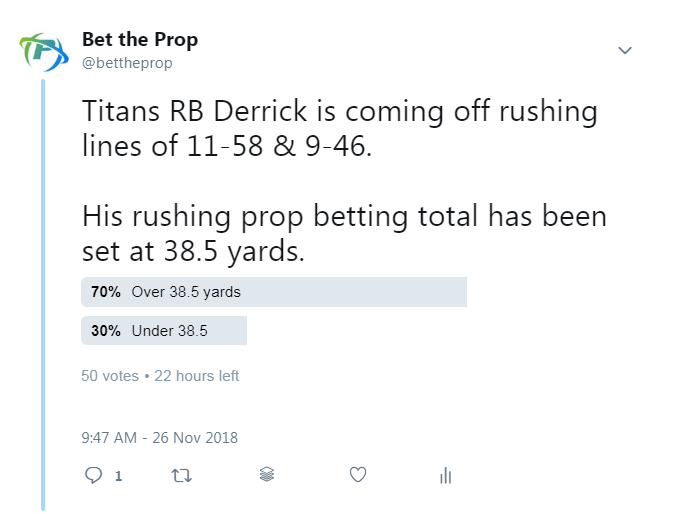 Henry has gone over this number in two straight games (58 & 46 yards) but now faces a Texans defense giving up the fourth-fewest rushing yards to opposing RBs.

Houston’s 3.5 yards per carry against means Henry is going to require volume to get there — he needed 18 carries just to hit 56 yards when these two teams met earlier.

Mike Vrabel has been talking up the need for more Henry touches this week. I certainly don’t trust the words that come out of his mouth, but with a banged-up Marcus Mariota facing a fearsome Texans pass rush, it would make sense to feed the big fella double-digit carries.

This is just a small play for me at the plus odds we’re getting. I wouldn’t play the line any higher and wouldn’t pay any more juice.