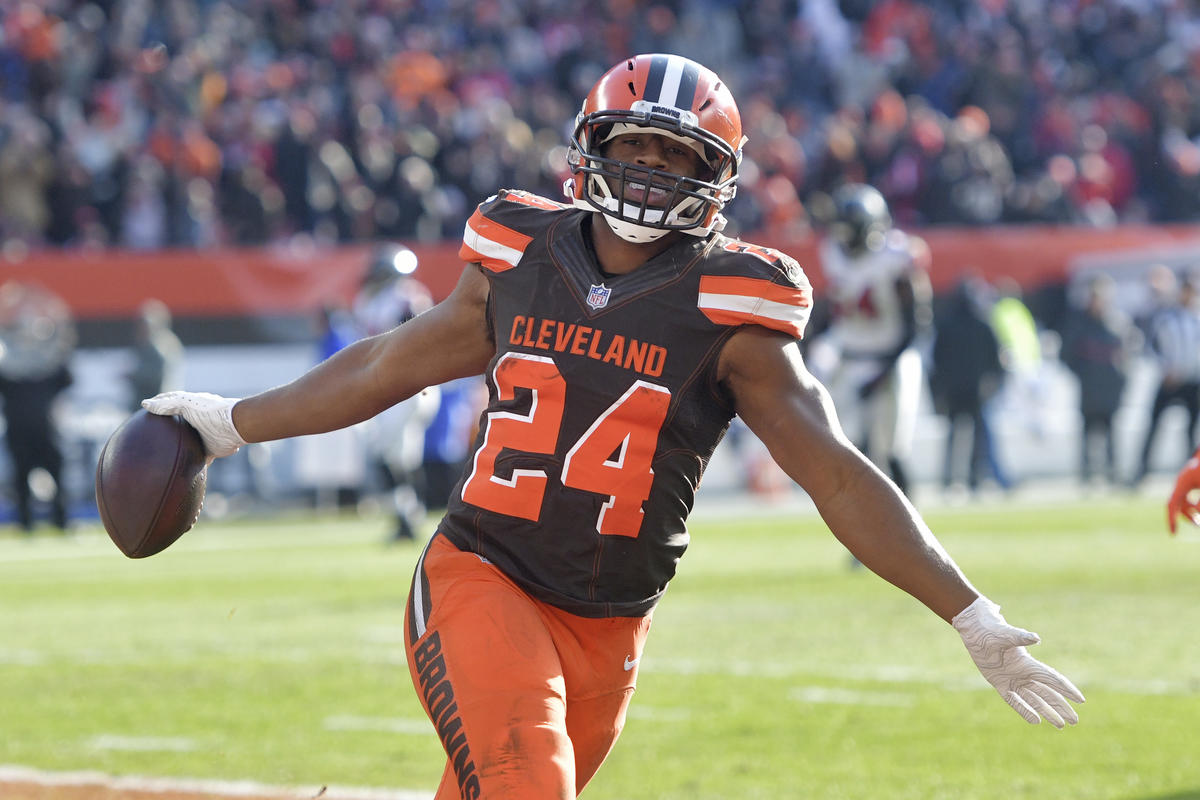 No RB his hit this number against the Texans defense this year — not Saquon Barkley (82 yards), and not Ezekiel Elliot (54).

Chubb saw an incredible 28 carries against the Bengals last week, but that was in a game they led the whole way. He’s unlikely to get that workload again with his Browns a 6-point road underdog against a Texans defense yielding the fourth-fewest rushing yards per game.

We made this same bet last week, and it paid off when Watson finished with 19 completions.

That’s the most completions he’s had in any of his last six games, averaging 15.8 in that time.

The Texans are 7-point favorites against a Browns team getting crushed by the run, and I expect Lamar Miller to be a busy man.

Stafford has eclipsed this number in four of his last five.

We’re heavily leverage on Stafford this week, also playing him over Newton in our head to head prop bets.

Chalky, but for good reason — in Tannehill’s six starts this year, he’s had more than 28 pass attempts only once, and he’s averaging 25.7 per game in that stretch.

The Bills give up the sixth-fewest pass attempts in the league.

There are factors working against Boyd:

Gordon has cleared this number in three straight and four of his last five, averaging 80.8 yards in that stretch.

A date with shutdown corner Xavier Rhodes would be a red flag most weeks, but Rhodes tweaked a hammy in last week’s game. He’s drawn a questionable tag, with beat writers suggesting he’s likely to sit.

Vikings seemed to be preparing for Holton Hill to start at CB if Xavier Rhodes isn’t able to go on Sunday. If Rhodes does go, I’ll be curious to see how effective he is; the injury is significant enough as I understand it, that it’ll be interesting to see how much he can open up

Cook is the de facto No. 1 “WR” in Oakland with Amari Cooper gone and Jordy Nelson on the shelf.

The Chiefs give up the third-most yards to opposing TEs at 73.8 per game, and Cook should see plenty of volume in a game the Raiders are likely to be chasing.

Slot WRs have eaten Panthers CB Captain Munnerlyn alive this year, and with DeSean Jackson out, Humphries could be in line for more targets.

Kirk hasn’t had more than four catches since Week 6, and 20mph winds are forecast for Lambeau field, giving the Cardinals reason to lean on the run.