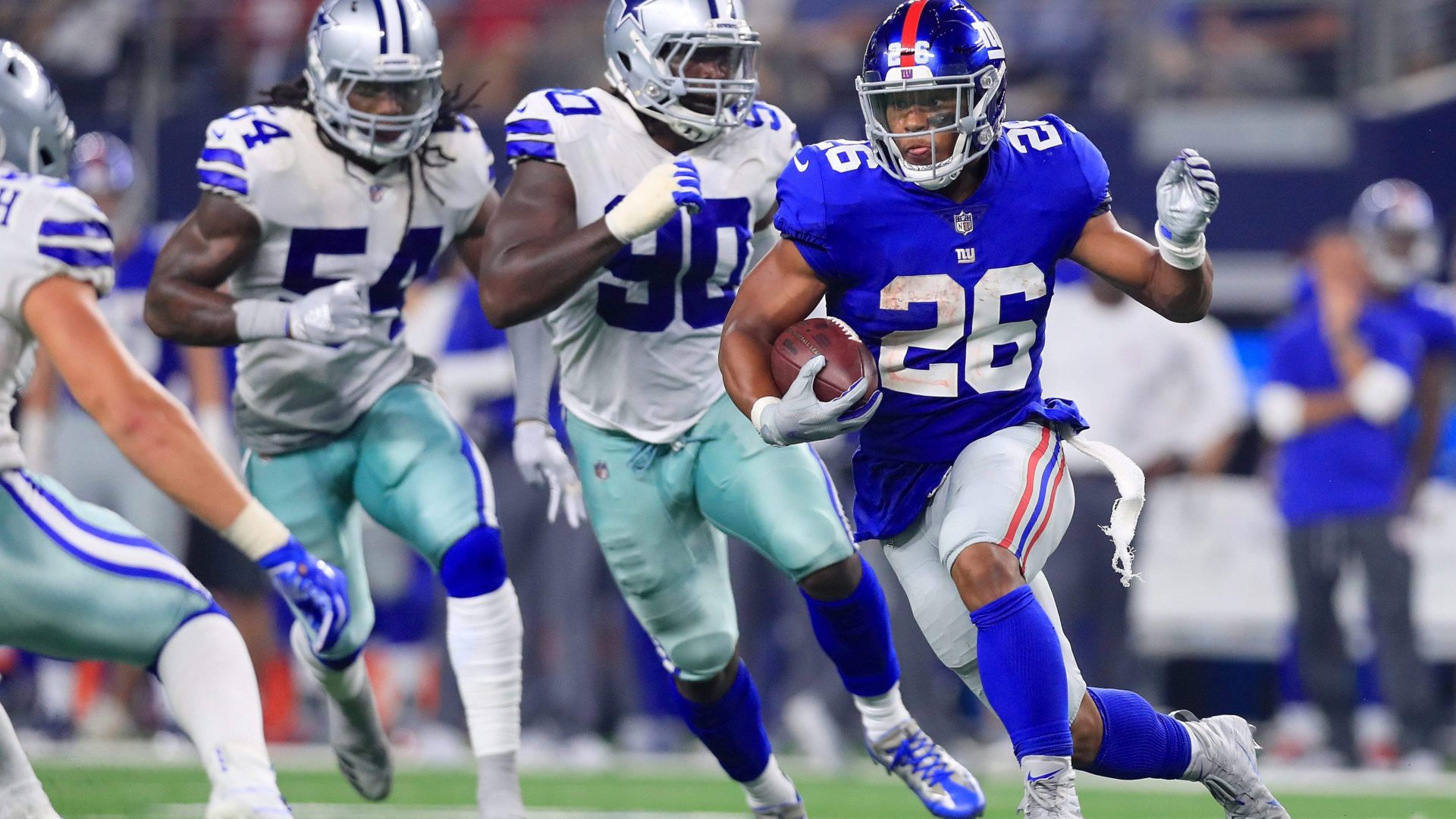 Week 9 concludes with an NFC East clash, and we're running down the best Cowboys Giants props for Monday Night Football.

This wraps the season series between the two teams. They met in Week 1, a 35-17 Cowboys rout where Michael Gallup (158 yards) and Amari Cooper (106) both teed off on this sad secondary from New York.

On the other side, it was Saquon Barkley leading the way with 120 rushing yards on just 11 carries. Barkley's high ankle sprain appears to be behind him, as he looked healthy racking up 143 total yards against the Lions last week.

That's where we begin with our lone official prop for tonight. But for those looking for a little more action, we'll also throw in an extra lean for tonight's game. Our article leans went 2-0 the last time out and are now 13-4 (76.5%) on the season.

To get all our leans and picks on the season - usually about 20 prop plays per week -- sign up here.

And if you're a hoops fan, be sure to check out our 3 top props for Monday night here.

Sterling Shepard has been ruled out tonight, again freeing up the 8.8 targets per game he's averaged in four healthy games this season. Golden Tate could once again benefit from his absence -- he's had at least nine targets in each of the last three games.

But the Cowboys secondary is among the best against WRs, allowing the fewest yards and second-fewest receptions to the position.

Teams tend to avoid testing Cowboys corners, and with a struggling Evan Engram averaging 35.6 yards on 3.8 receptions over his last four, I'm betting that Barkley will be a crucial component of the Giants passing game.

He's coming off his best receiving game of the season with a 10-8-79 yard line against Detroit and is set up well against a team that is willing to give up the short stuff underneath.

Despite playing in just five games, and not being healthy for all of them, the freaky sophomore ranks 15th in raw targets at the position, getting fed at least five times in every contest. 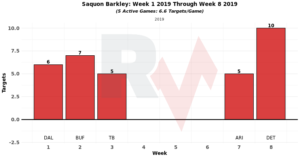 Barkley has faced the Cowboys three times so far, posting reception totals of 4, 4, and 14 for a slightly deceptive average of 7.3.

Still, four should be his floor in this one based on historical usage, and with the script set up for the Giants to be throwing a lot as 7.5-point underdogs, I like Barkley's odds of getting one more catch to get us over.

Treat this lean on prop bets for Cowboys Giants as entertainment and play it at your own risk.