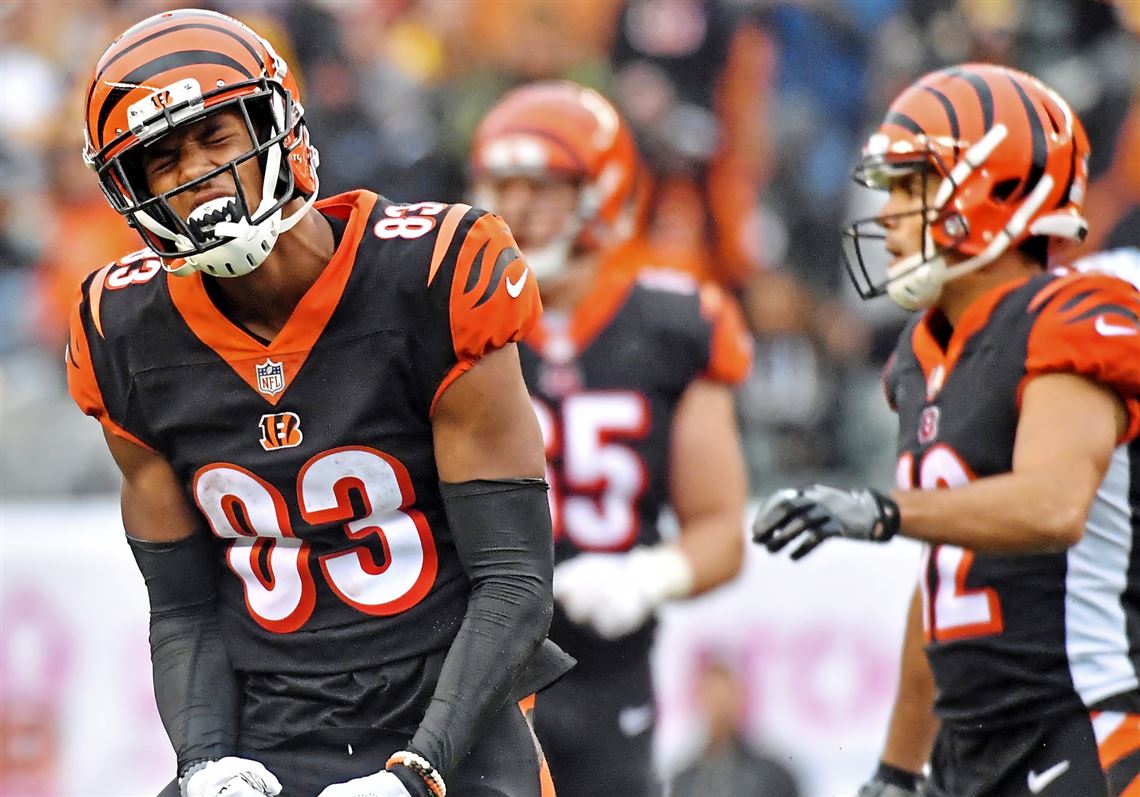 Our best prop bets for Steelers Bengals features one of the NFL's most underrated receivers in the Bengals' Tyler Boyd.

Boyd has been a receiving machine going back to last year, with or without AJ Green in the lineup. He's third in NFL receptions coming into Week 3, just one behind living legend Michael Thomas. And spots don't come much better than the one Boyd's in tonight versus the leaky Steelers.

We'll break down that prop bet, and we'll once again throw in a few +EV leans for those who want a little more action in primetime. Our article leans are 9-3 on the season after going 2-0 last Monday night.

We're in the middle of a so-so week by our standards with a 13-9 record heading into the Week 4 finale. But we're on course for our fourth winning week in a row and hitting well over 60% on the season. Join us here!

Note: I was hoping to play the Over on 5.5 or 6 receptions, instead of the yardage figure, but the 6 is now juiced close to -150, while the 6.5 is too high to attack. So we're going with yards instead. I prefer the receptions prop, but since it's too high now, consider sizing down to a half-unit for this yardage prop.

Going back to last year, the Steelers have insisted on using their linebackers to cover slot receivers. Even after spending a first-round on CB Minkah Fitzpatrick, they only deployed him in the slot of two snaps last week. It's led to slot receivers feasting on Pittsburgh on a weekly basis:

Boyd has double-digit targets in every game so far and is third among all WRs with 24 receptions through three weeks, building on his solid workload from last year. 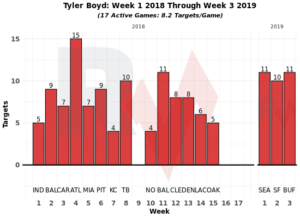 When the Steelers aren't using LBs on Boyd, CB Mike Hilton will be the man mostly tasked with slowing down the Bengals' best weapon. Per PFF, he's allowed a perfect QB passer rating of 158.3 on passes thrown his way while ranking 89th in yards per route run against him (1.93).

The Steelers are allowing 205 yards per game to opposing receivers through three weeks while allowing 74% of QB passes to be completed.

I do think that they will try to slow down the game by running the ball with James Conner as much as possible, but if Boyd's floor appears to be about 6 receptions, so I like his chances of hitting similar numbers against the porous Steelers secondary.

Leans are unofficial plays for people who want a little more action on primetime games. I’ve bet these personally, but don’t have sufficient confidence to make them official plays.

Treat these leans on prop bets for Steelers Bengals as entertainment and play them at your own risk.